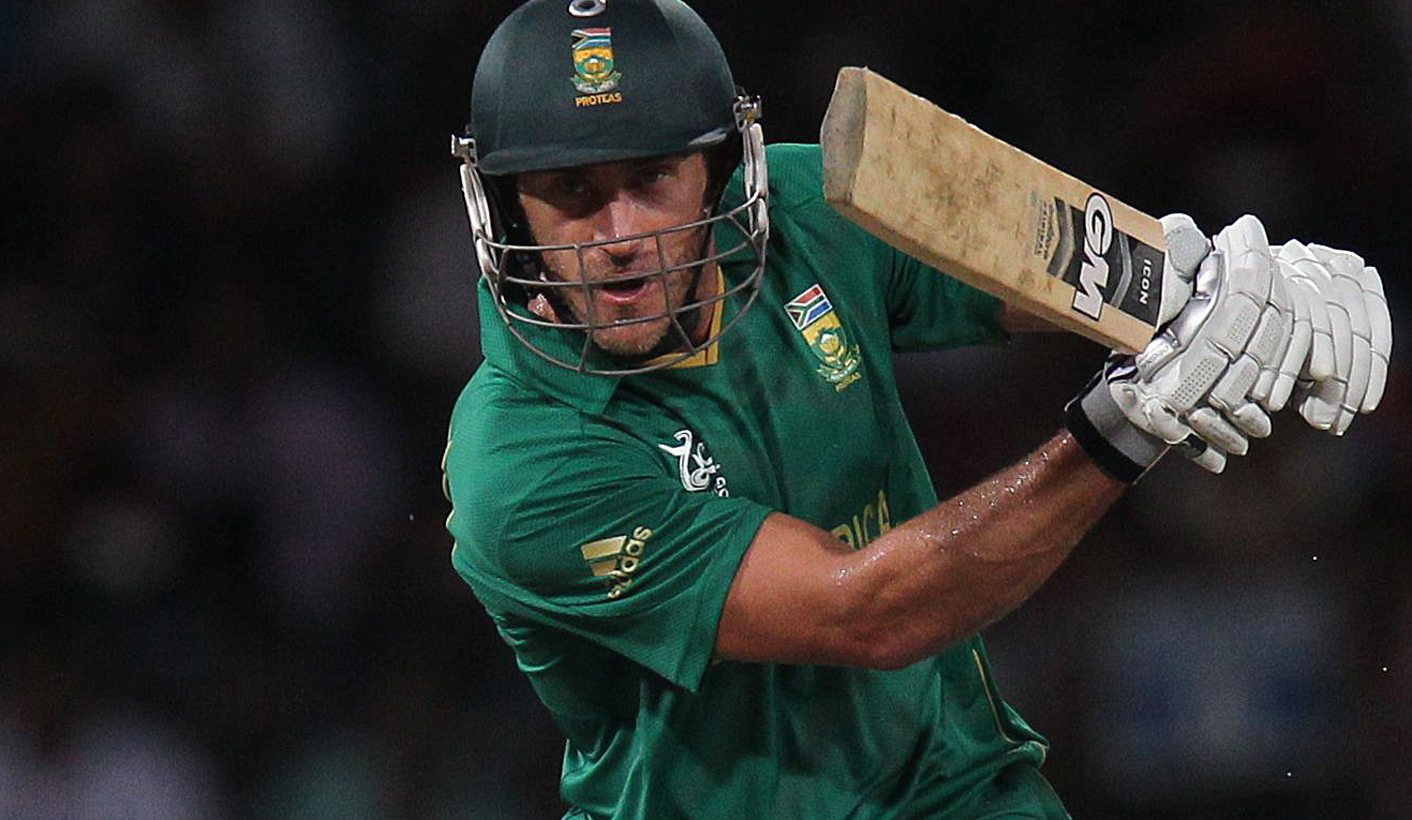 South Africa are in a in a selection pickle heading into the three-match T20 series against Australia. From who to drop to make room for Dale Steyn, to who is going to partner AB de Villiers at the top of the order, the Proteas have a few “good” problems to grapple with as they begin their final preparations for the World T20 starting in India later this month. By ANTOINETTE MULLER.

If you are searching for to context and meaning in a series, then the upcoming three-match T20 series between South Africa and Australia, which begins in in Durban on Friday, is not for you. The results might be written into the record books, but in the greater scheme of things these fixtures are little more than another experiment to get ready for the World T20 which begins in India later this month.

For South Africa this series is the opportunity to figure a few things out. At the top of that list is the opening berth. Captain Faf du Plessis said on Thursday that AB de Villiers will definitely open in the tournament in India, which means Quinton de Kock and Hashim Amla will tough it out for the second spot in this series.

As with Dale Steyn’s return, the big question is who will get the chop? According to Du Plessis, having De Villiers open the batting is something that has been planned for a long time. That won’t change, so it will be a merry-go-round at the top to decide who steps out alongside De Villiers when South Africa begin their campaign on 15 March.

“We are looking to give everyone in the squad a go in this series to try all the combinations of Quinny and AB or Hash and AB. Obviously both of them have done really well and are in good form. It’s great that we can have more depth in our squad going to the World Cup. I don’t see it as a problem. The more options, as a captain, the better,” Du Plessis told a news conference.

“We’ve planned for this for a long time. We’ve planned for this World Cup for two years and now, a week before the World Cup, to start to change those plans is not for me. I’m not that kind of guy. I’ve tried to make sure that everybody in the team has nailed down their roles and to get chances so that they get better at playing in that role. So, for me, a week before the World Cup, that is not really an option,” he explained.

Mulling over which world-class batsman to choose is a “nice problem to have” as coach Russell Domingo puts it. Of course De Kock and Amla can also bat lower down the order with Rilee Rossouw or David Miller dropping out, but it’s De Villiers in the opening berth that is most interesting.

Those who believe that your best batsman should face the most deliveries have long been calling for De Villiers to open in both T20s and ODIs, and the limited stats available show that it is a good move (he averages over 32.00 opening in T20s, much higher than his career average of 23.49 in the format). Others believe that in the T20 format, De Villiers can play a far more useful role lower down the order, should the team collapse.

With so few T20 internationals played, it is difficult to side with either one of these theories. Especially when you consider De Villiers has only scored seven fifties in 65 T20s. But in T20s, more than any other format, stats are so malleable that you can make them say anything you want. The only thing that’s for sure is that on reputation alone, De Villiers’ presence, no matter where he bats, is enough to give the opposition the heebie jeebies.

“He (De Villiers) is one of the most destructive, if not the most destructive batsmen in the world,” Australia’s T20 captain Steve Smith said on Monday. “He hits the ball 360 degrees when he is going. We’re going to have a few plans in place that will hopefully work. He’s a terrific player and very hard to stop.”

If the end result of this series mattered at all, South Africa would be favourites heading into it. While South Africa might have slumped in the Test format recently, their T20 record is pretty decent. Wins over England at home and India and Bangladesh away are all, as the management will tell you, “boxes they have ticked”. Australia, meanwhile, have recently lost against India on home soil and hardly played any T20 cricket in 2015. The squad is packed with a number of inexperienced players and while that certainly doesn’t mean that it will be a walk in the park for the hosts, it does mean all expectation is on the Proteas to walk away from this series with a positive result and all their ducks in a row as they head to the World T20. DM