Museveni vs the people: Elections in a time of social m...

Museveni vs the people: Elections in a time of social media 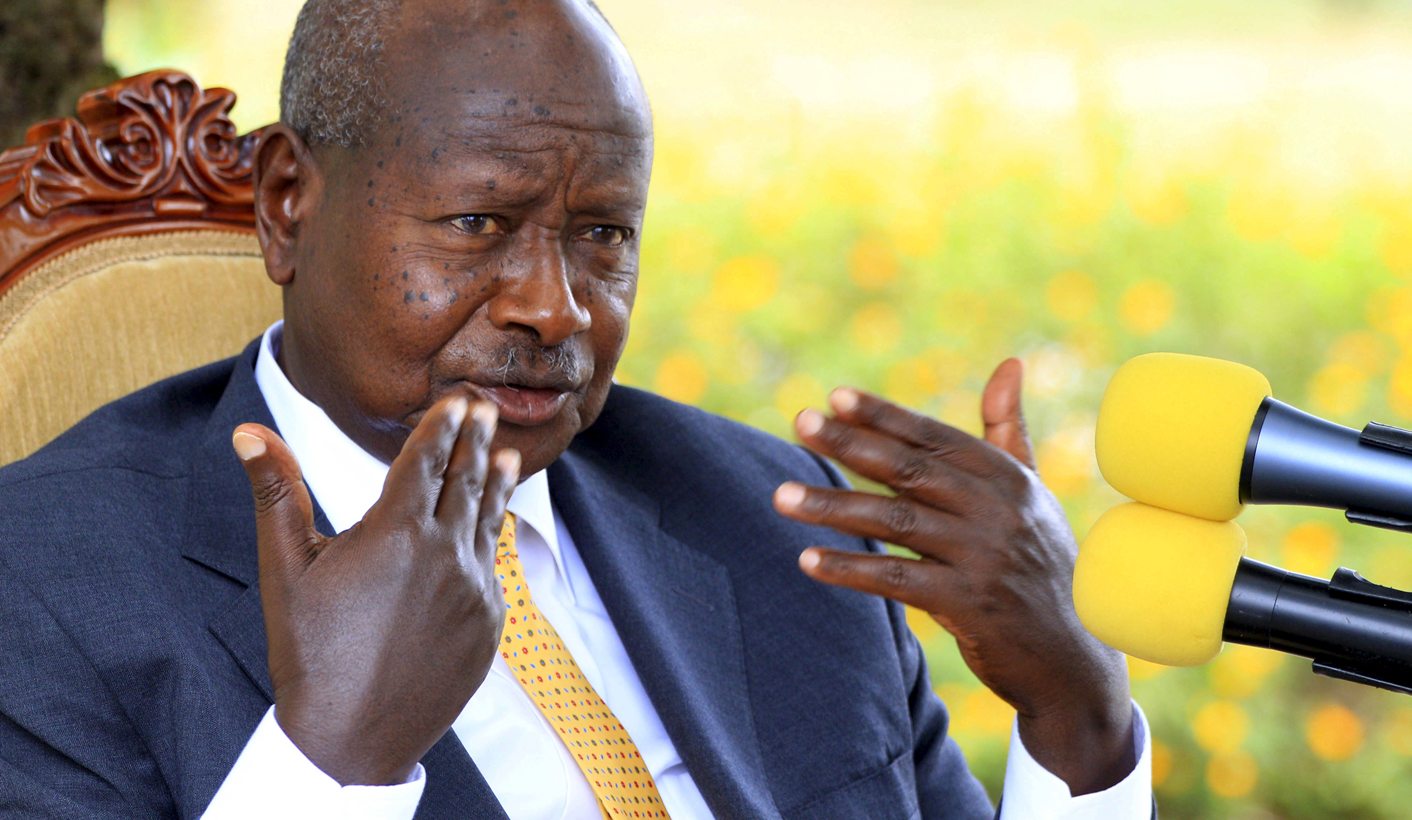 In Uganda, President Yoweri Museveni has just been re-elected president, marking 30 years in power. In an election marred by disturbances including the repeated arrest of main opposition leader Kizza Besigye, something that drew attention on polling day was the shutdown of all social media and mobile money sites. This highlighted the lengths to which President Museveni was prepared to go to silence dissent, but also how powerful social media is in modern political life. By CAROLINE JAMES.

Ugandan social media users have been using the medium to draw attention to President Museveni’s unrestricted rule, and have, since January, used the hashtag #1986Pictures to tweet pictures showing how much had changed since he first came to power.

Many of the tweets were personal, speaking of how the users weren’t even born in 1986, others highlighted the development of technology saying “in 1986 apples and blackberries were just fruits” or listed photos of Museveni with four successive American presidents.

The tweets were a graphic representation of just how long Museveni has been in power, but perhaps more than any photograph, the events around the shutdown of social media reinforce how much the political landscape and the way we interact with it has changed.

On the day of the election, President Museveni announced that Facebook, Twitter and WhatsApp had been blocked, as a security measure; he described social media as a “pathway of lies”. Telecommunications giant MTN issued a tweet saying the Uganda Communications Commission (UCC) had directed them to disable all social media and mobile money services “due to a threat to Public Order and Safety”.

It is not uncommon or impermissible for governments to argue that the right to freedom of expression must be restricted in “the interests of public safety”, but the problem is that this term is a nebulous one, and while most people accept the importance of safety, it is difficult to determine exactly what forms of expression threaten it.

This is why so many authorities are able to exploit the public’s fear, and use national security concerns as a pretext for suppressing legitimate comment. This is what appears to have happened during the election in Uganda, and is a disturbing development. The rise of technology and the use of it as a mouthpiece for every citizen has raised new questions of how to balance those users’ right to freedom of expression with others’ right to privacy, dignity and security, and is an issue being debated by media practitioners and governments around the world.

But the solution should never be to introduce a blanket ban on its use as that is a disproportionate response, and one which has no place in any democratic society.

More and more people are protesting against the restriction of free expression rights, and are finding new and creative ways to reassert their right to participate in political debate. This is because the role freedom of expression plays in facilitating and encouraging political participation is so important. Comments made by the Indian Supreme Court in 1978 are as relevant today as they were then: “If democracy means government of the people by the people, it is obvious that every citizen must be entitled to participate in the democratic process and in order to enable him to intelligently exercise his right of making a choice, free and general discussion of public matters is absolutely essential.”

Social media has opened up new opportunities for political participation – and this should be welcomed, not rejected.

Despite the shutdown, many Ugandans regained access to the blocked sites through Virtual Private Networks (VPNs), and an NGO, the Legal Brains Trust, challenged the shutdown in court. The group sought a declaration that the blocking by the UCC was unjustifiable and unlawful, and a declaration that the Attorney-General and the Bank of Uganda acted unjustifiably and unlawfully by not acting to restore access to the blocked sites. They also sought an injunction preventing the UCC from repeating the blockage, and an order instructing the Attorney-General to inform the court what measures he was undertaking to curb impunity in the communications sector.

At a time when President Museveni hoped to use the elections to demonstrate that he is a democratically elected, and therefore legitimate, leader, closing down access to social media did the opposite. Social media has provided a new and novel avenue for citizen participation in elections, and political affairs more generally, and President Museveni’s rejection of its role in a democratic society reinforces the image of a president ready to disregard constitutionally protected rights and one who, as the #1986Pictures showed, may have been in power for too long. DM

Photo: Uganda incumbent and President elect Yoweri Museveni addresses the nation at his country home in Rwakitura, Kirihura district in western Uganda, February 21, 2016. Museveni, one of Africa’s longest serving leaders and a U.S. ally, was declared winner on Saturday but opponents rejected the outcome of the election. European Union and Commonwealth observers have also criticised the handling of Thursday’s poll. REUTERS/James Akena