The White People’s Choice Awards: The 2016 Academy Awards were not diverse, but they were Australian 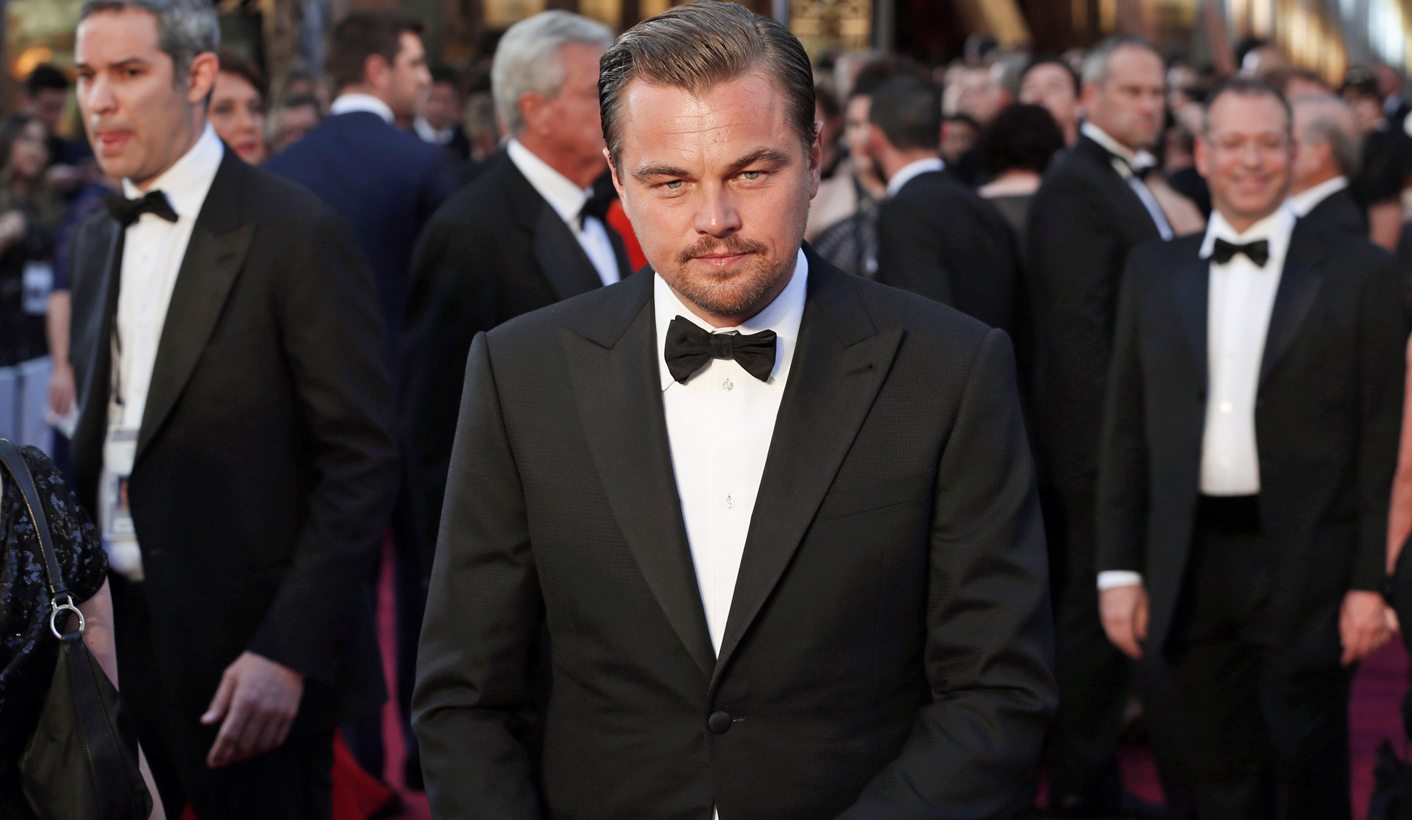 What’s a political journalist doing fiddling with golden statuettes? This year, like everything in South Africa, the Oscars were political. Accorded a race-based hashtag, #OscarsSoWhite, not a single black performer or artisan was nominated for an award, reinforcing the fact that Hollywood is basically Bloemfontein circa 1988. But, as a saving grace Chris Rock—perhaps the best stand-up of his generation—was set to host. How would this play out? RICHARD POPLAK, on assignment in the South Pacific, watches in Sydney over a light lunch.

So, does Chris Rock ignore the fact that this year, not a single black person has a chance of winning an Oscar? Not Will Smith for his reasonably credible Nigerian accent in Confession? Not Michael B. Jordan for playing black Rocky in Creed? And not F. Gary Grey for directing the excellent Straight Out of Compton?

“You realize if they nominated hosts, I wouldn’t get this job,” he says.

But why, he wonders, after decades of black people getting shut out of the nominations, does black America suddenly care?

In a slightly less racist America, intimates Rock, black folk can kvetch about this sort of stuff.

“Is Hollywood racist?” he wonders. “Is it burning cross racist? Nope. It’s a different type of racist.” Hollywood is sorority racist. ‘We like you Rhonda, but you’re not a Kappa.’”

Nonetheless, there are still are a few burning crosses left on the lawn.

“This year, the Oscars will be a little different,” says Rock. “The In Memoriam segment will be about all the black men who died after getting shot by police on the way to the movies.”

Some people even clapped.

“We made this for all the journalists who hold the powerful accountable.” Tom McCarthy, after his win for the Boston-Globe-takes-down-rapist-priests saga Spotlight.

Which, I guess, is the closest I’ll ever get to an Oscar. I couldn’t be more proud.

It’s Hard to Get a Job

In perhaps the funniest bit of the ceremony, Whoopi Goldberg mops her way through best picture nominees in which black folk are not exactly prominent. Chris Rock portrays a black astronaut, who NASA clearly has no interest in bringing back from space. “Spending 2500 white dollars to save one black astronaut is a problem,” insists the agency’s director, played by Jeff Daniels.

The Danish Girl—another unwatchable from the dude who made The King’s Speech—generates an Academy Award, this time for Swedish ingénue Alicia Vikander. Which means that Hooper will keep making Oscar bait without black people, and Chris Rock will keep nailing the hosting. Good for Rock. Bad for Will Smith.

The dystopian, life-after-climate-change flick wins, in quick succession, awards for best costume, production design and make-up. Given how the planet is rapidly toasting up, at some point in the near future Mad Max will be represented in the best short foreign documentary category.

Emmanuel Lubezki has now won three Oscars in a row—for Gravity, Birdman and now The Revenant. If Donald Trump builds a big wall keeping Mexicans out of America, does Lubezki get to stay? And will American cinematographers help build the wall if it keeps him out?

Angela Bassett read out a list of Will Smith movies, all of which noisy comedian Jack Black happens to have starred in.

Black History Month. Get it?

A nice little nod to one of the year’s better, if slept on, films: Ex Machina. This small, ingenious film beat out the likes Star Wars: The Force Awakens and other mega-budgeted franchise fare. That said, with Alicia Vikander as the lead robot, I’m not sure how much special effects the film needed, if you know what I’m saying.

In an inexplicable gag with no discernible pay off, Rock gets his “daughters” to sell girl-scout cookies to the assembled gajillionaires. This one landed like a batch of bad cookie dough.

Did the movie with puppets fucking win? It did not. The honour went to Pixar’s Inside Out.

Line of the night

It’s turning out to be that kind of night.

The Oscars in Compton

Chris Rock went to Compton to find out what moviegoers there made of all the white films up for the big award. There was no love for Steven Spielberg, for Tom Hanks, for Spotlight, and lots of love for Supafly. America, apparently, remains divided.

A word about the music

Lady Gaga brings a slew of sexual assault victims on stage to help her sing her anthem “Til It Happens To You”—a powerful and sincere statement to the nightmare of rape undercut only by how terrible the song is. The usually reliable Weeknd was merely okay, and the Sam Smith’s James Bond anthem needed to be terminated by someone with a license to kill. Anohni—the only transgender performer ever to be nominated for an award—boycotted because they were not asked to perform. Sam Smith’s inexplicable win was dedicated to the LGBT community, after he claimed to be the only openly gay man to stand on stage and win an award. So: worthy messaging; awful music. Thankfully the ancient Ennio Morricone, he of the iconic spaghetti western theme music, wins for his superb The Hateful Eight score. This was a career retrospective award, because it was somehow his first.

Seriously? Sacha Baron Cohen’s first character—a parody of a British Arab moron—was exhumed from an unhappy time capsule for an Oscar ceremony that was notable for its exclusion of minority artists. The appearance is so tone deaf and unpleasant that it all but shuts the broadcast down.

Alejandro González Iñárritu, the maximalist Mexican—in truly maximalist fashion—wins his second Best Director in a row, this time for The Revenant, which I wrote about here. Brie Larson wins for Best Actress for Room. And, of course, in a not-so-Titanic surprise, Leo DiCaprio takes Best Actor. DiCaprio’s “climate change is real” speech will likely be remembered as one of the best ever made in this forum. “We had to go all the way to the southern tip of South America just to find snow,” he says.

And Spotlight earns Best Picture—a fitting end to the era of print journalism. As our jobs disappear like South American snow, at least we’ll have Spotlight.

The good news, it ends on schedule. Everyone in Australia wins an award. Chris Rock gets out alive. And “Fight The Power” runs over the end credits.

The bad news? It’s still an awards ceremony. It’s three damn hours long. And in Hollywood, for the most part, it’s still Bloemfontein circa 1988. DM

Photo: Leonardo DiCaprio, nominated for Best Actor for his role in “The Revenant”, wearing a Giorgio Armani tuxedo, arrives at the 88th Academy Awards in Hollywood, California February 28, 2016. REUTERS/Lucas Jackson.