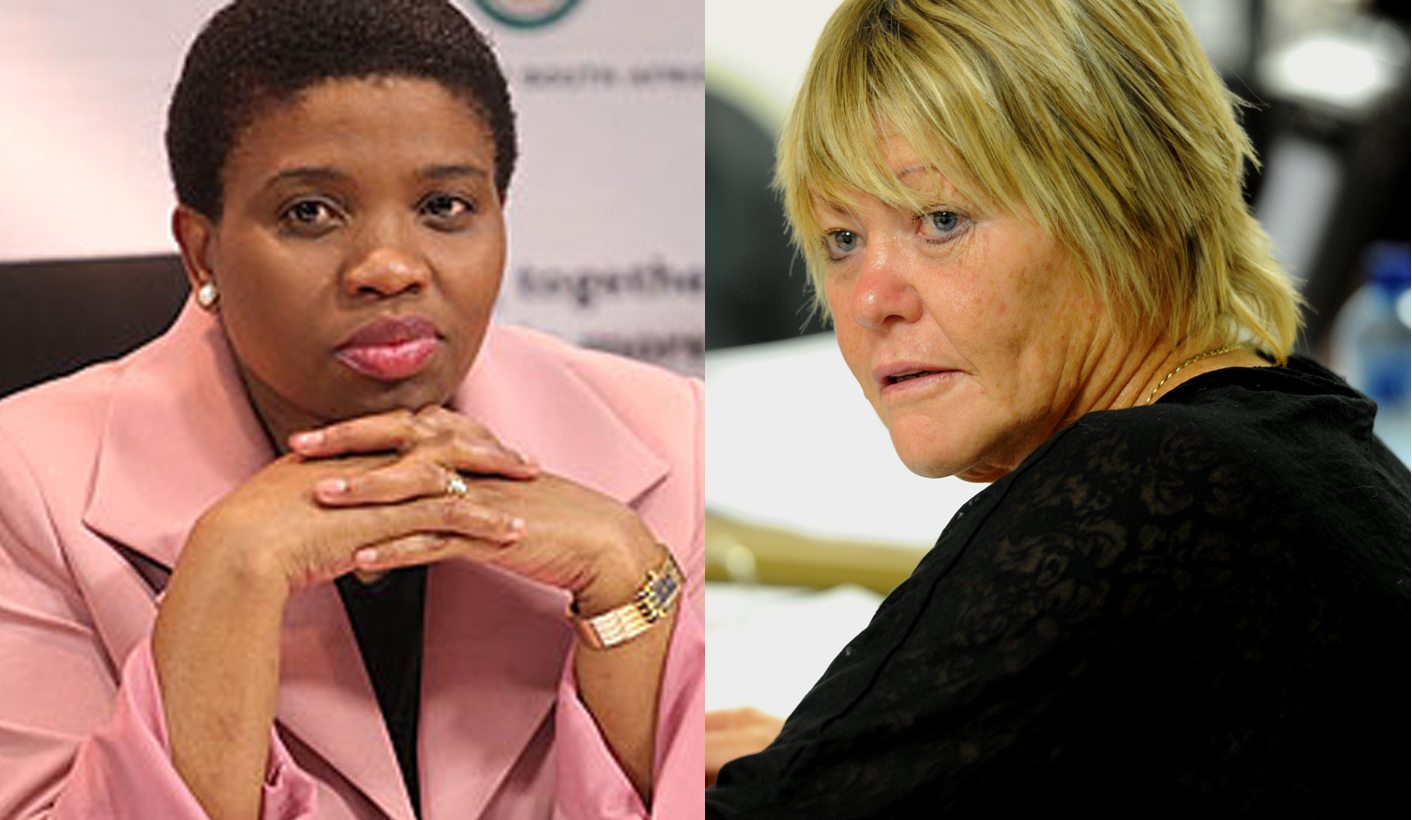 On Friday the National Prosecuting Authority announced that it has decided to criminally charge its former employee Glynnis Breytenbach. Has the NPA moved from simply being less than independent to being a political hit squad? Has its head Advocate Shaun Abrahams, moved from being simply questionable, to the political pawn of people higher up in the system? It is not often we can say this so bluntly, but this action is just wrong. By STEPHEN GROOTES.

The back-story to the case against Breytenbach is complicated and lengthy. It relates to ICT Trading, a company involved in a massive mineral rights issue that saw Duduzane Zuma standing to make a fortune through simply grabbing rights that should have belonged to someone else. But it really relates to Breytenbach’s fury at being overruled in the case against Richard Mdluli. She wanted to prosecute, her boss did not. Her boss was deputy NPA head Advocate Nomgcobo Jiba.

As the courts have ruled, Breytenbach was right, and Jiba was wrong.

In the interim, the NPA instituted a disciplinary hearing against Breytenbach. Again, as history has shown, that decision was wrong and Breytenbach was right. She was cleared of all of the charges. One of those charges related to her treatment of her NPA laptop and certain files that were deleted. The NPA now says her deletion of those files was a criminal offense and thus she’s guilty of perverting the course of justice. Breytenbach says those files were actually stored on the NPA’s internal system anyway and could have been restored very easily.

But here’s the thing: The NPA’s own internal disciplinary hearing cleared her of this charge. And that same institution has now decided to charge her in court, many years later, on the same charge.

Here’s the context. The person who stands to benefit for this is Jiba, who has been criticised by the Supreme Court of Appeal in the Mdluli Case and the Zuma Spy Tapes case. She was also charged with perjury for her role in the laying of charges against former KwaZulu-Natal Hawks Head Johan Booysen. And, for good measure, criticised by the judge in that case too.

Despite all of this, no action has been taken against her by the one person who could, President Jacob Zuma.

So, to sum up where exactly we are: We have one prosecutor who is found by judges to have acted incorrectly three times (and in all three of those cases, to have behaved incorrectly in a way that appears to benefit Zuma) and against whom no action is taken. And we have another former prosecutor who an internal disciplinary hearing found had done nothing wrong, and yet is being criminally charged anyway.

Kafka’s first name was Franz, by the way.

Just in case there’s any doubt, we should also examine what was said by the chair of that NPA disciplinary inquiry. It was then Advocate Selby Mbenenge. He found that actually to even ask Breytenbach to hand over her laptop constituted an invasion of her privacy. There will be those, no doubt, who will try to claim that he was just an advocate and maybe he got things wrong. They’ll find it difficult to prove that. Should you bump into him in the street, you would now be advised to call Mbenenge by the title “Judge”. Hardly proof of official disapproval of his work as an advocate.

There is another aspect to this which we should touch on and that is the timing of these cases. Breytenbach’s disciplinary hearing wrapped up in 2013. Why bring these charges now? Surely it doesn’t take that long to work out if someone deleted files or didn’t?

Especially when all of this has already been canvassed in a disciplinary hearing.

The answer to this probably lies in the context of the NPA’s decision to prosecute. Amid all the hurly-burly, points of order and other noise from last week, a court action brought by the DA against Jiba went almost unnoticed. It’s an application to compel the President to either remove or suspend Jiba, basically to take action against her. It is an action that Jiba is unlikely to have enjoyed. And it’s been driven, in the main, by Breytenbach.

The bad blood between them goes back a long way.

Jiba must surely be frustrated with how things have been going and felt the need to throw a little shade Breytenbach’s way.

What will happen now?

Firstly, it would seem likely that a judge or a magistrate may in fact throw this case out. There is even a chance that the people officially responsible for making the decision to prosecute (who all now appear to report to Jiba, and certainly ultimately report to Abrahams) find themselves facing the same judicial criticism that Jiba has experienced.

They could be labelled as having acted incorrectly and with political motivation. If the case does proceed, Breytenbach will almost certainly put up a spirited defense. It is even conceivable that she would call Jiba herself to testify about the decision to prosecute.

Jiba is unlikely to relish that possibility. It could open the door to other questions about her actual role in the NPA. Her colleague as deputy head at the NPA (the institution has four of them), Willie Hofmeyr, has said in an affidavit that she has previously boasted of her political connections, has actually played a political role, and that “The attempts by Ms. Jiba to engage in activities that are in support of political groupings are not new”.

Of course, it may also be found that Breytenbach was guilty. That would certainly be a win for Jiba and Abrahams. But it could turn out to be a very small win. While Breytenbach may be removed from the scene, the DA’s case against Jiba would not go away. The pressure wouldn’t let up in any material way. Which could be another indication that this is a panicked move, and, unless there is something currently not apparent to us, it is actually the wrong move.

Then there is the position of Abrahams in all of this. We have said this before, but it must be repeated often to make the position clear.

When Abrahams was appointed he promised, among other things, that he would give regular briefings to the media. He, himself, would follow Eskom’s example, and be available to answer questions. That promise (perhaps among others) has not been kept. This means that we don’t have his version of events. We have to examine the context and then analyse, to work out what we think is going on. It means we have to make judgments no judge would be comfortable with, because we only have one side of the story.

This is not our fault. It may, partly, not be entirely his fault. Prosecutors are always wary of discussing cases in public before they’re heard. Tough. This is the real world, and if context is all we’ve got, context is what we have to use to come to our conclusion.

That conclusion can only be that the NPA is no longer just less than independent: it is abusing its power to lash out at its enemies. DM