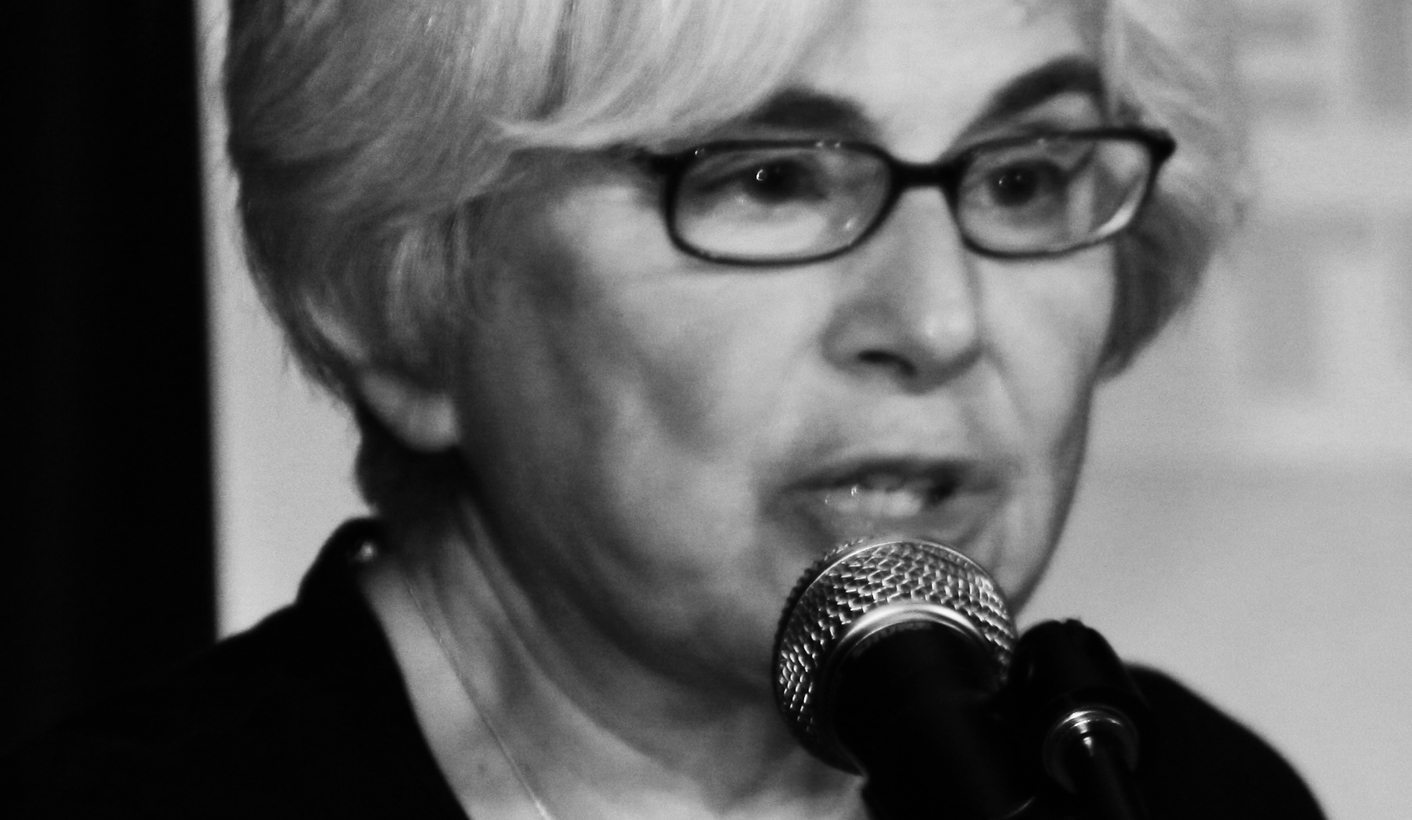 Although she could not push Lady Attenborough, Churchill’s bartender and Glenn Frey from the Sunday Times, obituaries page, many of us will remember Wood’s ideas and her commitment to a better future, based on equality and social justice. By ISMAIL LAGARDIEN

Scanning the Sunday papers a couple of days ago, I glanced over the obituaries page. There were four obituaries. The page lead was on Mondli Cele, the footballer who died tragically in a car crash a week earlier. The other three were about, Glenn Fry of rock group, The Eagles, Sheila Sim (Lady Attenborough), wife of the filmmaker, Richard Attenborough, and Joe Gilmour, under the headline, the “barman who served Churchill”. The latter three obituaries were reprinted from the Daily Telegraph, that unabashed propaganda machine for the Conservative Party in the UK. These made me remember one of the finest intellectuals I have met, someone who inspired my own thinking and who, along with Erik Hobsbawm, gave me personal encouragement to write.

Ellen Meiksins Wood passed away last week (on 14 January) after a long struggle with cancer. Wood was a thinker of extraordinary range, and write with great insight, sensitivity and authority on ancient Greece, early modern political thought, on contemporary political theory, Marxism, and on the structure and evolution of modern capitalism. She also was steadfast in her belief and commitment to a better, socialist, political economy with greater equality and justice.

The first introduction I had to Woods’ thinking was in her book, The Retreat from Class, which I read in the late 1980s. It was a sharp analysis and a compelling critique of the New Left and emerging post-Marxist milieu. Those of us who rejected Stalinist barbarity and the Soviet Union’s mass failures early on, found great satisfaction in her ideas. Unlike my own approach, to the study of the social world, which is essentially post-positivist and not fundamentalist about empiricism, Wood encouraged empirical research. I considered this to be the perfect way to bring together theory and practice; something which, as I discussed elsewhere, is seriously lacking in mainstream Economics teaching.

I never doubted (and high respected) Wood from a distance, and when I had a brief opportunity to meet her in the late 1990s, I was too gobsmacked (honestly) to say anything coherent. She did, nonetheless, tell me to have faith in my own ideas and to “just write”. That insecurity, of not trusting my own intellect, and being insecure about my own writing, has stayed with me. In other words, she failed to convince me; unlike Hobsbawm (who died in 2012) who, also in a social meeting in the 1990s, convinced me of the intersect between private and public history. I suggested that I had not lived a life sufficiently meaningful to write a memoir, and he suggested that I had lived in meaningful and significant times. (I am working on this)

What I admired most about Wood was her courage and intellectual composure and confidence, especially her critique of Robert Brenner’s thesis about the origins of capitalism in England. While most of us, radical and Marxist political economists, held Brenner’s thesis in some regard, and accepting its shortcomings, (Read the abstract of Brenner’s Thesis on the website of the New Left Review) Wood unravelled her thesis on the basis that it was empirically questionable and analytically flawed. In her critique, she examined the facts and combined them with analytical precision.

Woods’ definition of capitalism remains one of my favourites:

“Capitalism is a system in which all major economic actors are dependent on the market for their basic requirements of life. Other societies have had markets, often on a large scale; but only in capitalism is market dependence the fundamental condition of life for everyone. And that is equally true of capitalists and workers.”

Perhaps Wood’s greatest contribution was towards “political Marxism”. Her basic argument was that in all previous eras, production was subsistence oriented. In the capitalist era, producers were forced to sell their products on the market, and have to compete in order to survive. From this emerged two important trends. The capitalist epoch was the first in which the market played a central role. While markets have always existed, in the capitalist era, markets regulated production and exchange and generated a division of labour. This, she explained, as did great political economists, like Karl Polanyi, was not natural.

Markets were created, and profit-maximisation was forced onto the producers, as it were, or they would cease to exist. In other words, firms did not pursue profits out of pure greed, but because their very survival depended on it. The market, she argued, was not an institution, or a set of customs, practices and agreements premised on a happy expression of entrepreneurialism, but a highly coercive institution that not only dominated workers, but also capitalists. I dare say that this remains valid and persuasive – at least where I am concerned.

Wood died at the age of 73. She lived in Ottawa at the time of her death. She was born in New York in 1942 and educated at the University of California, Berkeley and the University of California, Los Angeles, where she earned a PhD in political science. She moved to Canada with her first husband, fellow political theorist Neal Wood, in 1967. Two years ago she married the former leader of the Canada’s New Democratic Party, Ed Broadbent.

Although she could not push Lady Attenborough, Churchill’s bartender and Glenn Frey from the Sunday Times, obituaries page, many of us will remember Wood’s ideas and her commitment to a better future, based on equality and social justice. Wood strengthened my belief in this: It is easy to have principles, but it is damn hard to stick to them. Rest now, Ellen Meiksins Wood. DM