The Saudi Missions and the mobs: Who controls the Iranian Street? 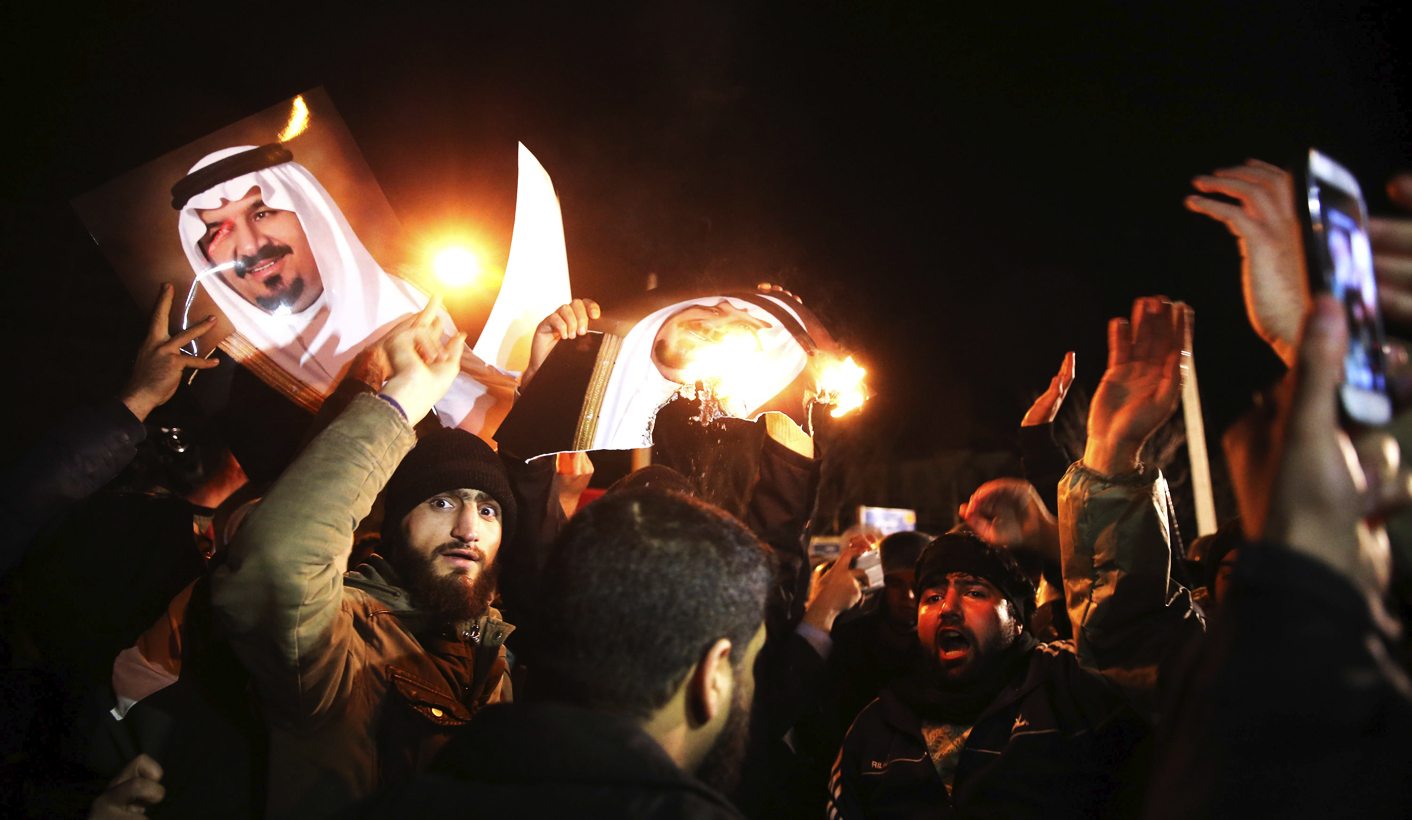 On 2 January 2016, an unidentified group of protesters torched the Saudi embassy in Iran. In this Q&A, Crisis Group Senior Iran Analyst, Ali Vaez, explains the context of the incident and the wider long-term implications of the attack. By the INTERNATIONAL CRISIS GROUP.

After the attack [on the Saudi Arabian Mission in Iran], many in the West – and in Iran – believed this was a clear attempt to undermine the authority of President Hassan Rouhani, ahead of two crucial elections next month. To what extent is this actually the case?

The situation is not as clear as some assume. Identifying the culprit of these attacks is not as easy as it appears, especially as no one has claimed responsibility for setting the Saudi missions ablaze. However, if the president’s rivals really want to clip his wings, they have far more effective ways to do it. They don’t need to hide behind mobs. They can obstruct Rouhani’s policies in the parliament, as they did by impeaching his higher education minister when he tried to roll back the securitised academic atmosphere that prevailed under his predecessor.

The Revolutionary Guards can also weaken his authority, for instance by detaining several Iranian-American dual-nationals when they wanted to poison the possibility of further improvements in Tehran’s relations with Washington on the heels of the nuclear accord. Rouhani can advance his agenda as long as it overlaps with that of the system and its key power centres. Examples of this kind of consensus building in Iran’s multipolar power system include the case of swift release of American sailors seized this month in the Persian Gulf and the exchange of dual national prisoners between Iran and the U.S.

Are there any historical precedents for the attack on the diplomatic missions? Could past incidents offer any clues as to the identity of the perpetrators?

Yes, there have been similar incidents in the past. In 2011, the British embassy in Tehran was stormed as protestors expressed national anger over sanctions imposed by Britain to punish Iran for its nuclear activities. However, unlike the 2011 attack, when a well-known body – the student arm of the paramilitary Basij force – openly took credit, no one has taken responsibility for this attack. Vigilante groups have also conducted assaults. Long used by elements of the country’s security apparatus to intimidate rivals, such groups also have a track record of using political justifications for violent behaviour. They don’t always follow orders.

The mob has a long and unpredictable history in Iranian politics. As far back as 1829, one stormed the Russian embassy, and killed the Czar’s envoy, Alexander Griboyedov. In 1953, gangs of toughs were hired by British and American intelligence agencies to topple the government of the popular prime minister, Mohammad Mossadegh. Similar street violence frustrated President Mohammad Khatami’s reforms in the early 2000s, and mobs spear-headed the crackdown on dissidents in the aftermath of the disputed 2009 presidential elections.

Within Iran, what has the response to the mobs’ action been?

There has been widespread condemnation. While smoke was still wafting from the Saudi embassy, virtually the entire political and institutional spectrum condemned the attack. In addition to the foreign ministry, the president himself called the attackers “criminals” whose actions were “totally unjustifiable” and urged their prosecution. Rouhani’s representative to the UN also expressed the country’s regret to the Secretary-General. Other branches, from the parliament to judiciary and even the Revolutionary Guards, joined in denouncing the assaults. Ayatollah Khamenei has remained silent, but the country’s Friday Prayer leaders, who take their cue from his office, admonished the attackers. This is in stark contrast to the 2011 British embassy storming, when such leaders celebrated the aggression. At the time, the foreign affairs ministry was the sole voice condemning the flagrant violation of Vienna conventions of diplomatic relations, even as other power centres starkly referred to it as Britain’s “comeuppance”.

So could this, in fact, have been a spontaneous demonstration?

Not quite. The initial protests were probably condoned by the state because spontaneous demonstrations on this scale are not tolerated in Iran and are often ferociously repressed. But this doesn’t mean that the attack on the embassy was state-sponsored. It is quite possible that mobs pushed too far and events spiralled out of control. The broad-based response from the political elite, however, does cast doubt on the likelihood that a particular faction manufactured this crisis to tilt the balance of power and discredit Rouhani. Certainly if that was the intent, it has failed so far.

How exactly has President Rouhani come out of this crisis? Does it weaken his position in the upcoming elections?

No, Rouhani has not lost through his condemnation of the attacks, and nobody else seems to have gained. The electoral consequences of this incident seem quite limited. The wide denunciation of the attack has blocked its use as a political football. While the execution of a prominent Shia dissident in Saudi Arabia and the subsequent attacks on the Saudi missions have stimulated national politics, they have little resonance on the local level, which is where the upcoming electoral contests will be decided.

What type of repercussions will this attack have on Iran’s relations with Saudi Arabia? Should we expect further deterioration of their relations?

Well, the faint silver lining, if there is one, is that the unified condemnation in Tehran of the attacks might indicate a broad-based desire to move past this incident, and contain tensions with Riyadh. Indeed, Ayatollah Khamenei’s warning that the House of Saud could face divine retribution for Sheikh Nimr’s death was much milder than his threat of “harsh” response in the event Saudis failed to swiftly repatriate the bodies of Iranian victims of a stampede at the 2015 Muslim Hajj pilgrimage to Mecca.

More importantly, Tehran’s authorities have taken action against the suspected perpetrators. Nearly 50 individuals have been arrested and seem unlikely to escape prosecution. Also, for the first time, senior officials have been held accountable for their failure to protect Saudi diplomatic properties. The capital’s chief of security and commander of special police forces were dismissed. But it is still important to remain cautious. Even if the leadership in Tehran hates the idea of further escalation, the national and regional mood seem thoroughly unpropitious. Unfortunately, the consensus in Iran against the attack on the embassy is no less broad than the fact that Tehran’s standoff with Riyadh is a quasi-permanent feature of the regional landscape. DM