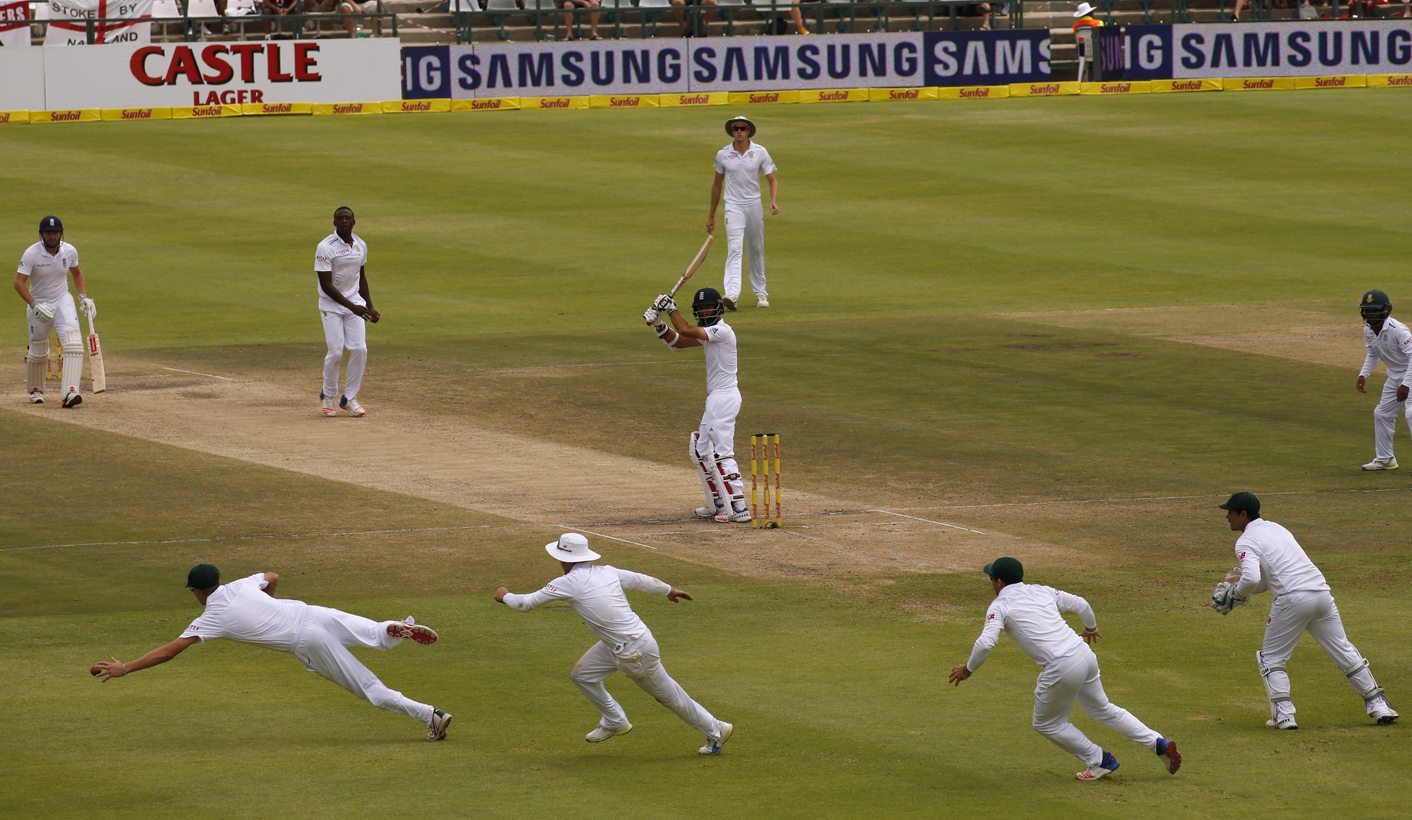 From having to watch out for Ben Stokes to the numbers that will give South Africa a bit of a confidence boost ahead of the third Test at the Wanderers, ANTOINETTE MULLER picks out five lessons South Africa can take from the draw at Newlands.

Buckets of runs, record books being rewritten, and more dropped catches than England would like to remember, pretty much summed up the second Test between South Africa and England. Both teams scored over 600 runs on a pitch that offered very little to the bowlers and just when the pitch was starting to offer a little bit of spice, bad light and rain intervened and we ended up with an unsurprising draw.

It was actually a quintessential English match. Ben Stokes played one of the most exhilarating innings that you have ever seen before England slumped in the field, suffered a heart-stopping collapse and then it rained. It was as if Cape Town was trying to be extra hospitable to the visitors who are already enjoying the delights brought by the exchange rate.

Still, there were a few lessons South Africa can take from this Test before they move to Johannesburg. There is a lengthy break before then, which will give England’s bowlers time to rest up and South Africa a chance to try to get their mainstay bowler, Dale Steyn, back into fitness. Here are some of the key lessons the Proteas can take from their draw against England:

As a one-day captain, AB de Villiers has had mixed results, but with Hashim Amla stepping aside at the end of the second Test, he will face a unique challenge. Captaining in Tests is a brutal gig and even more so when your team is one Test down. Still, there are plenty of positives South Africa can take from this Test and with Amla providing backup behind the scenes, De Villiers’ transition could be relatively smooth.

Losing a player of Jacques Kallis’ stature is not easy to come to terms with. South Africa have tried, and tried again, to replace him in one way or another. They tried Ryan McLaren and then Australia concussed him. They tried JP Duminy and then he lost form and didn’t bowl. They’ve even tried it with AB de Villiers, but he doesn’t want to keep.

Now, they have tried it with Chris Morris. In his first bowling innings, you’d have been forgiven if you thought he’d never play a Test again, based on his bowling performance. But his batting in the first innings and the bowling in the second has showed a little spark of something. But this creates another problem.

If Dale Steyn is fit, does he replace quickie Kagiso Rabada or Chris Morris? Rabada will get more from the Highveld tracks while Morris lengthens the batting line-up. Alternatively, South Africa could drop spinner Dane Piedt and go with an all-pace attack. It’s a tough call all-round, though. Aren’t you glad you’re not a selector?

Ben Stokes is the man South Africa need to worry about

Ben Stokes is a fiery competitor – and that’s not just a reference to his hair. His blitzkrieg innings, albeit on a flat deck, reminded everyone what he is capable of when there is no plan to nullify him. On the Highveld, where the ball flies much further, South Africa will need to map out a plan to put pressure on Stokes right from the get go.

When Mark Boucher suffered a horror injury and South Africa’s keeping duties were up for grabs back in 2012, all eyes turned to the young Quinton de Kock.

At the time, Ray Jennings was coach of the Under-19 team and had coached the youngster. Jennings was adamant that De Kock was not good enough for Test cricket and that he lacked discipline. A year later, De Kock had made his international debut in the shorter format of the game and soon after, he was hitting hundreds for fun against India. But mercurial as De Kock was, his form ebbed and flowed; with De Villiers struggling with a nagging back injury and publicly expressing that he wasn’t too keen on the keeper gig, especially in Tests, De Kock was soon elevated to the longest format of the game, where he failed to impress.

De Kock has a solid first-class record and found his way back into the Test team for this match through scoring a century in South Africa’s domestic competition. His approach against England in Cape Town shows that he still lacks the maturity needed to crack it as a Test player. While there is nothing wrong with having a go from the get-go, his innings was reckless and clueless. He has a lot to learn and South Africa just need to ask themselves how much time they still want to give him to learn at Test level.

The numbers that will give South Africa a confidence boost

Cricket is obsessed with numbers. It’s part of what makes the game so magical. In 2015, South Africa’s numbers looked pretty appalling. But the featherbed at Newlands have helped them turn those around. They will have to recreate some of these efforts in more difficult wickets, but these numbers will go some way in helping them get over a cringe worthy year.