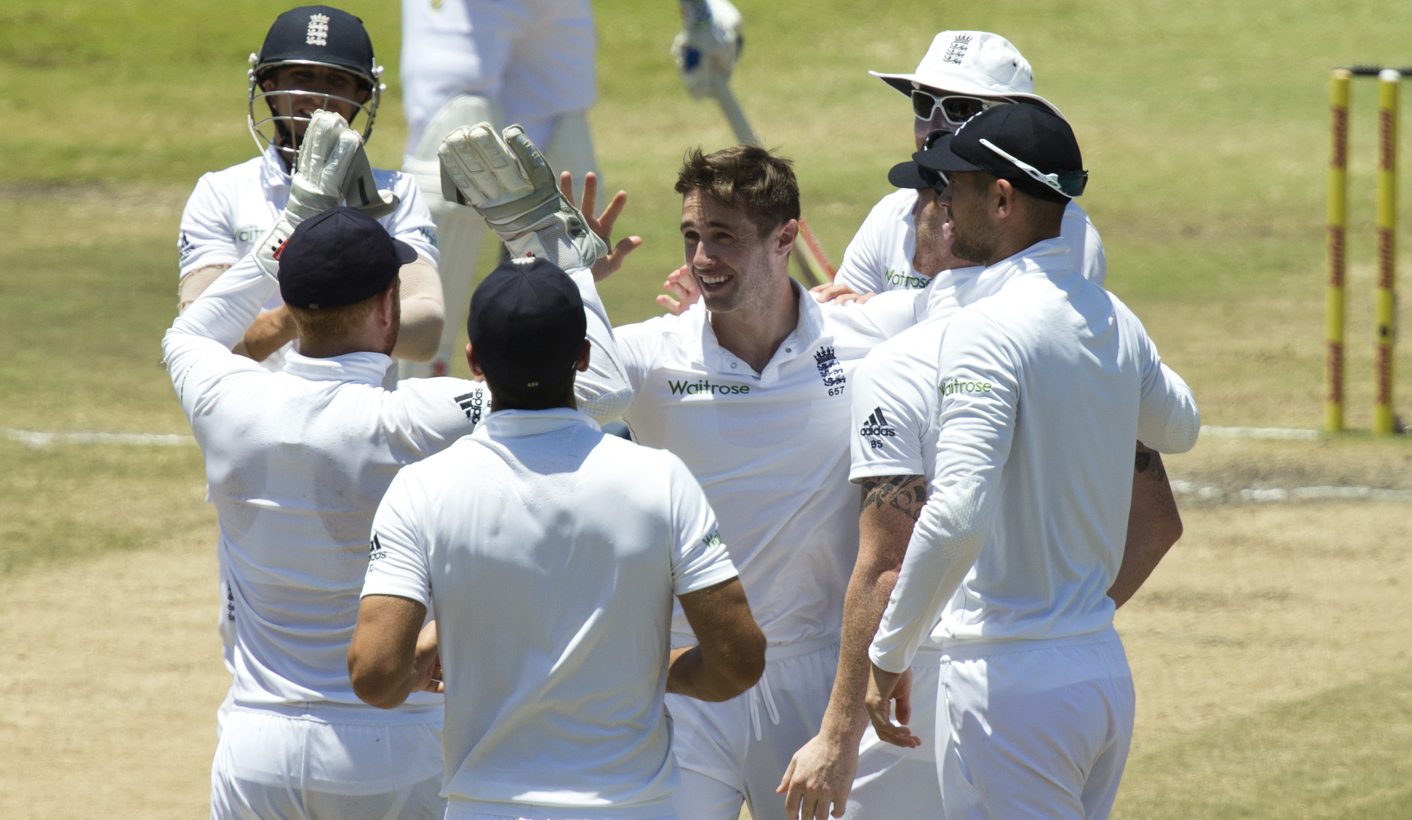 South Africa are 1-0 down in their four-match Test series. A flailing middle order, and a number of uncertainties from inside the camp, are all adding to the Proteas' woes. They now have only three days to turn things around at Newlands. They would do well to remember that, while England were impressive, they certainly weren’t a 214-run loss kind of impressive. By ANTOINETTE MULLER.

It is hard to recall a time in recent memory where things have looked this dire for South African cricket. Even when a horrific injury ruled Mark Boucher out of South Africa’s crucial series against England in 2012, they managed to find a way to fight. Every time there was a crisis in South African cricket, they came back fighting. Even in the most impossible match situations, the Proteas have always been the side that grafts and the one never surrenders.

At the end of day four in the first Test against England, the Proteas had their backs against the wall. Four wickets down and needing to bat out a day against a firing Steve Finn, the task ahead was always going to be humongous. While publicly the opposition were saying that they would “never write this team off”, privately they were probably readying the celebratory champagne.

Until Dean Elgar’s century, just one player other than AB de Villiers – Temba Bavuma – had managed a half century since the New Year’s Test against the West Indies. In 2015, the number one ranked team in the world won just one out of eight Tests. It makes for mightily grim reading for a team who, just over a year ago, seemed unstoppable.

Transitional periods ebb and flow, and after losing Graeme Smith and Jacques Kallis in quick succession, it was not unexpected that South African cricket would take a dip. Smith and Kallis are once in a lifetime players, but this somehow does not seem like an ordinary “transitional period”, and that should have been planned for.

South Africa have a test captain who was never overly keen on the gig, a reluctant wicketkeeper, and a middle order who are so short on confidence and form that none of them average above 25.00. The Proteas have tried to manufacture an opener out of a middle order player – while refusing to enlist Stephen Cook, who has been scoring runs in abundance for the Lions domestically. Still, selectors feel that he is “too old” to get a go, ignoring the fact that he carried his bat for the A-team against this England attack just a few weeks ago, has piled on the runs for his franchise last season and is doing so again this year.

It seems as if logic is evading those who make the Proteas’ big calls, and as if there might be a sort of power struggle bubbling under the surface: While Cricket SA announced that Quinton de Kock and Chris Morris have been added to the squad for the New Year’s Test, in his post-match interview with SuperSport coach Russell Domingo said “we’ll see”, when he was asked whether this meant that De Kock would slot into the side as a keeper.

There seems to be much uncertainty emerging from the South African camp at the moment and that is, quite obviously, adding to the feeling of great discontent. Over the weekend, rumours swirled in Afrikaans media that AB de Villiers would announce his retirement from Test cricket at the end of the England series in a bid to “manage his workload”. When De Villiers asked about it, he wouldn’t deny the rumours and said: “It’s just important to look at the schedule moving forward, that is the talk in the camp – for me maybe not to play all forms of cricket.”

De Villiers has mentioned workload before – and his nagging back which is aggravated by keeping wicket – but that seems to have fallen on deaf ears, making South Africa look unprofessional.

While these things do happen in elite sport, they require immense leadership to navigate. Amla, a nice bloke as he is, seems to be a bit too nice for a captain in such tough times. Make no mistake, Amla is a resilient batsman, but he has not transferred that resilience into his leadership; quite opposite, the challenge has seemingly had an impact on his batting, too.

Central to South Africa’s glory years was Amla’s predecessor Graeme Smith. Smith was liked by few, but admired by all. He was a real hard bastard who ruled with an uncompromising iron fist. That leadership style had its own problems, but as a whole, it was effective.

One of the most notable blips in Amla’s captaincy came in day four, as play was meandering along and South Africa were trying to bowl England out. The new ball was not taken. With a bowler short, as Dale Steyn was ruled out through injury, that decision would have made sense. At the close of play, spinner Dane Piedt said in his post-match TV interview that he “prefers to bowl with the harder new ball to get revolutions”. Spinners taking new balls is not unheard of and surely these are exactly the kind of conversations Amla should be having with his bowlers?

The problem is that there are very few other places for South Africa to turn to. AB de Villiers is the most obvious second choice, but with his workload already an issue, probably not the best option. Faf du Plessis thrives under pressure, but his form is so woeful that captaincy might be a burden too big to carry at this point in time. For now it seems South Africa’s leadership core will have to pull together to try to lift the team out of this slump and get something positive out of this series.

South Africa would do well to remember that, while England were impressive, they certainly weren’t a 214-run loss kind of impressive. This is a team who has just been considerably outplayed in the United Arab Emirates, a place South Africa has never lost a series. This is a team they know how to beat, whose bowlers they know how to play against. They just need somebody to remind them how to do it. DM