The Chan Zuckerberg Initiative – philanthropy or what? 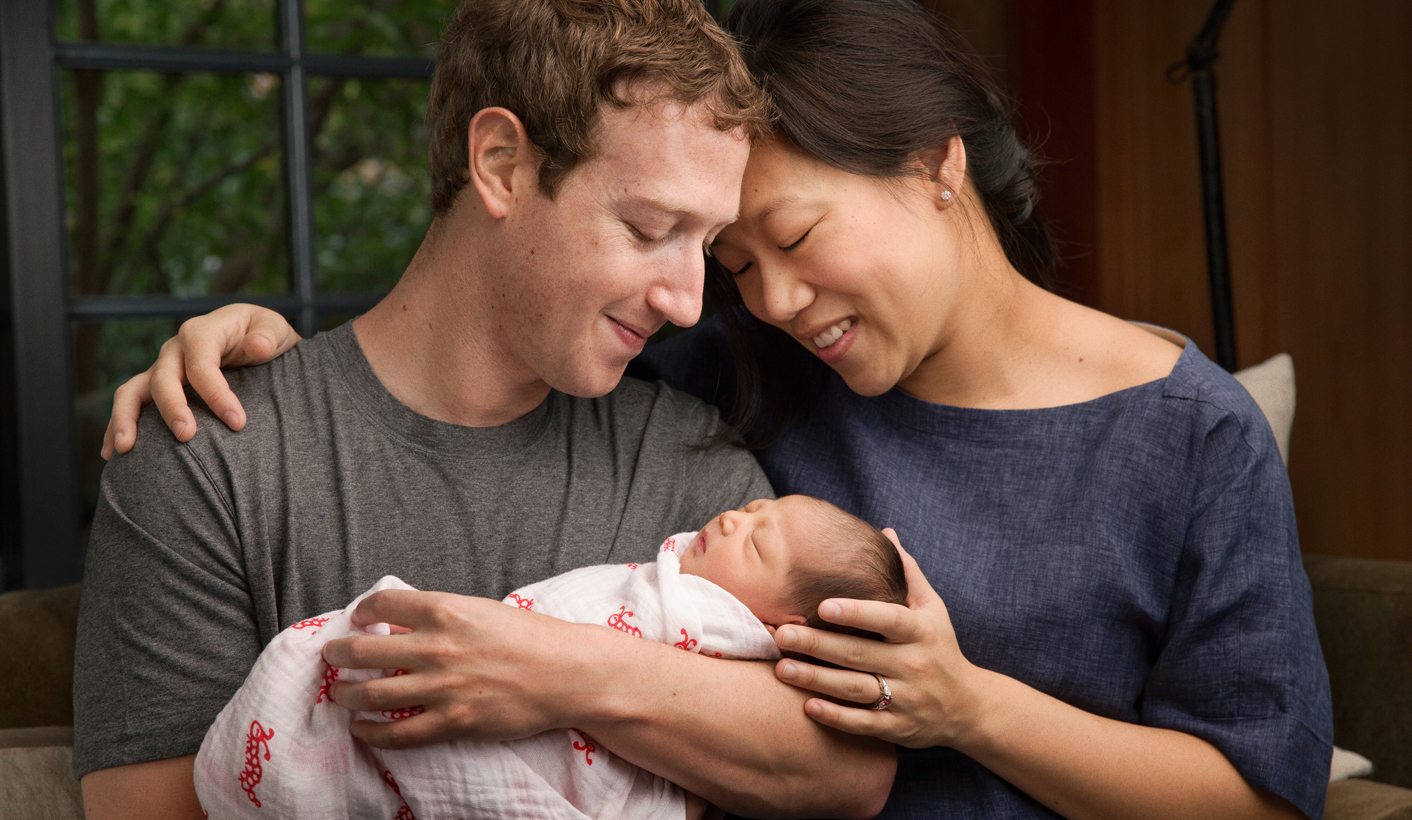 The uniqueness of private philanthropy is that individuals can take risks that government or the corporate sector simply cannot do. This enables philanthropists to innovate, start pilot projects and seed new concepts. There is room for spectacular success, as there is the possibility of disastrous failures. By SHELAGH GASTROW.

On Wednesday, in a post on Facebook directed to their newborn daughter, Max, the social network’s founder and Chief Executive Officer, Mark Zuckerberg (31) and his wife, Priscilla Chan (30), made a major public announcement that they would turn over 99% of their Facebook shares (currently worth about $45 billion) “during their lives” to the Chan Zuckerberg Initiative. The initiative would focus on “advancing human potential and promoting equality for all children in the next generation”.

Their joint giving to date has been estimated to be in the region of $1,6 billion. This pledge was immediately billed as the greatest philanthropic pledge made by any billionaire in history. Was it in line with Andrew Carnegie’s famous statements that “Surplus wealth is a sacred trust which its possessor is bound to administer in his lifetime for the good of the community” and “The man who dies rich, dies disgraced”? The question is whether these funds are really a fit for the philanthropic paradigm, or has Zuckerberg, as do many modern innovators, particularly from the tech industry, created a new kind of giving?

The entity established by Zuckerberg and Chan is a limited liability company (LLC) and is not a charitable trust or private foundation. The planned investments of the company are for “philanthropic, public advocacy, and other activities for the public good” and the couple indicated that they would focus initially on “personalised learning, curing disease, connecting people and building strong communities.”

Contrary to a philanthropic foundation, the LLC has no independent board to provide oversight and to ensure their fiduciary responsibilities, but is fully controlled by the couple, enabling them to spend these funds as they deem fit. They will have the ability to variously support civil society organisations, make private investments or create partnerships with social entrepreneurs, be free to lobby (which is a major restriction on private foundations in the USA), engage in policy issues or even participate in political activity. This hybrid enables a mix of non-profit and for-profit thinking. Any profits will apparently be reinvested in the entity and used to fund further activities aligned with its objectives. Importantly, the law in the USA compels philanthropic foundations to spend at least 5% of their capital by making grants, but the LLC carries no such obligation and money need not be spent if the couple choose not to do so. They could even turn the entity into a fund to support their family. This is where the criticism is valid – claiming philanthropy without the legal commitment to engage philanthropically could create question-marks.

Zuckerberg and Chan are not the only ones to use the LLC structure. It has also been used by Pierre Omidyar, the founder of eBay, and his wife Pam as early as 2004. These new models allegedly can address massive systemic issues through the use of different forms of assets. Everyone is looking at social impact and the new tech billionaires believe that technology has had major social impact. Yet, has it all been for the good? Is the use of Twitter by terror groups measured as social impact? While philanthropy is altruistic, and people seek a better world, social impact is in many ways neutral; it can go either way, even if the intentions are meant to be good.

There have been a number of policy and political issues in which Zuckerberg has been involved. These include support for advocacy relating to immigration laws. He has also funded projects to assist failing public schools, but there is no agreement whether this funding ever reached its potential and made the expected impact. The uniqueness of private philanthropy is that individuals can take risks that government or the corporate sector simply cannot do. This enables philanthropists to innovate, start pilot projects and seed new concepts. There are many spectacular successes, and many disastrous failures. As Judith Rodin of the Rockefeller Foundation stated “risk is philanthropy’s calling card,” and it is why philanthropic money can have a massive impact, even if often very modest funding is applied.

The issue of Giving While Living is another trend in the philanthropy space. While this was a key theme of Andrew Carnegie’s giving, perhaps currently one of the most famous of these is Chuck Feeney, who placed all his wealth from his global duty-free store business into the philanthropic foundation known as The Atlantic Philanthropies. Over 35 years, this foundation will have spent $7.5 billion before closedown, which is happening currently. In South Africa The Atlantic Philanthropies spent about $350 million on health, human rights and education. Zuckerberg and Chan talk about “during our lives,” but it is not clear whether this is intended as a “spend down” process. What we do know is that money grows as it is invested, and spending down requires great financial management and planning. Zuckerberg and Chan are extremely young to make such a pledge, but what the LLC allows is that they can be actively involved in how the funds are spent and what their social change objectives would be.

In true modern entrepreneurial spirit aligned with the cockiness of the high-tech gurus who have made quick money through creative thinking and innovation, the world must seem to be an open space to redirect society to reflect the kind of world in which they would choose to live, or, at any rate, would like their daughter to live. The very view that one entity with lots of money can do this needs to be proved, and of course there are always the questions about whose values are supreme? We are conscious that modern entrepreneurs are impatient – after all tech innovation often shows immediate results. The social space is so complex, requiring time to negotiate the terrain, allay fears, not tread on toes, bring people together in common purpose. None of this is quick fix and it will be interesting to the observer to see how this initiative progresses, and what the outcomes are. Zuckerberg at least had the humility to indicate that he is starting early so that he could learn and be good at philanthropy in years to come.

However, there are questions relating to the power of billionaires (philanthro-capitalists or philanthro-entrepreneurs) to push their own agendas onto society at large.
As mentioned above, Zuckerberg has political interests such as immigration law and, as a young man, there would be no reason for him not to seek political office in future, with a ready-made LLC to fund a campaign. DM

Photo: Handout image released by Facebook ‘Courtesy of Mark Zuckerberg’ showing Zuckerberg and his wife Priscilla with their daughter Max in an image Zuckerberg posted on his Facebook page announcing the birth of their daughter in Menlo Park, California, USA, 01 December 2015. They announced in the letter their intention and plans to donate 99 percent of their Facebook shares, currently valued at 45 billion USD (42.5 billion euro), during their lifetime. EPA/COURTESY OF MARK ZUCKERBERG