Op-Ed: After Paris and Beirut attacks, finding solidarity in our common humanity 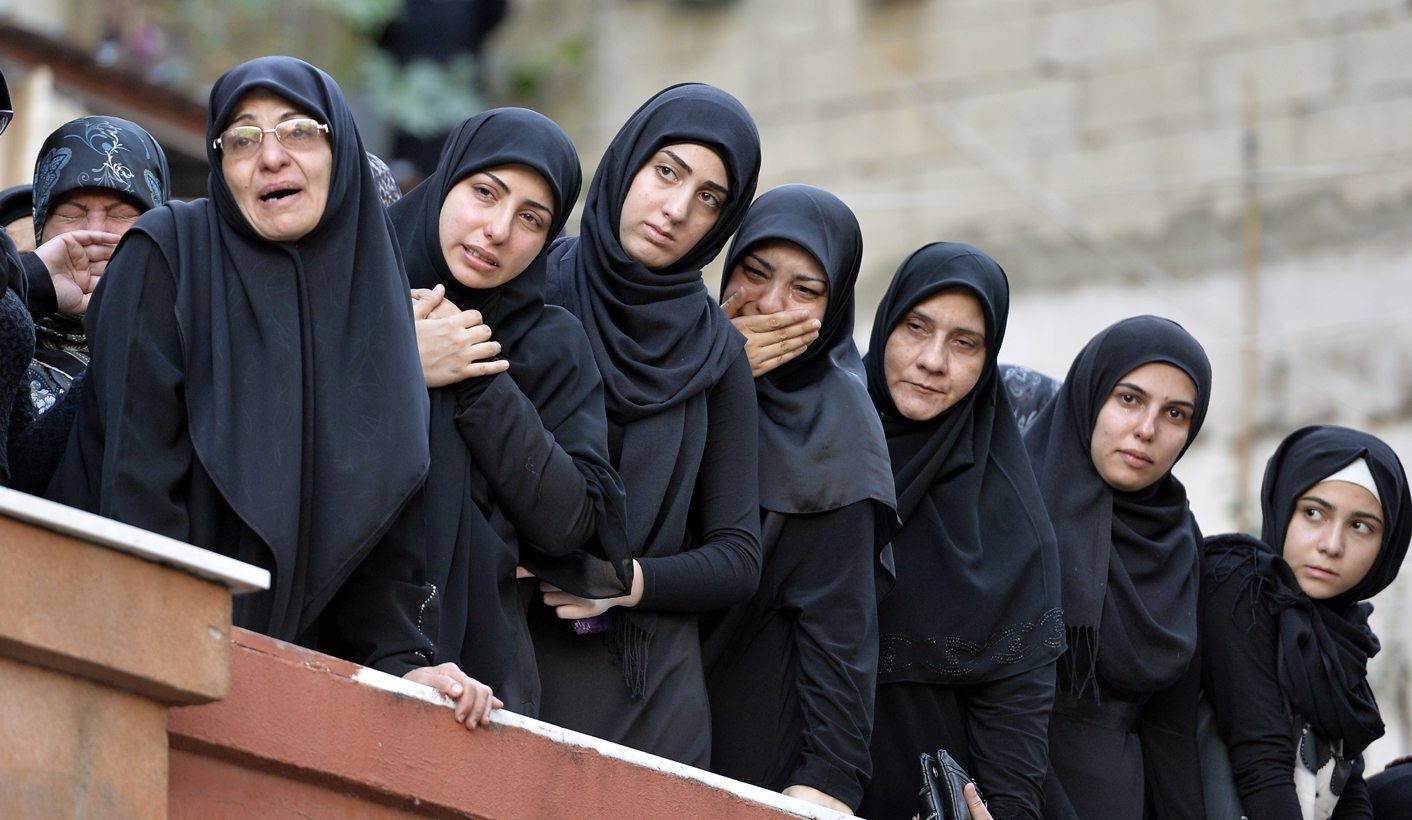 “later that night
I held an atlas in my lap
Ran my fingers across the whole world
And whispered
Where does it hurt?

This past weekend’s events in Paris and Beirut have served again to focus the world’s gaze on the effects of global terror, and a world seemingly gone mad. Reaction to the terror attacks was widespread, if predictable in parts. Immediately, United States President, Barack Obama, and United Nations secretary-general, Ban Ki-Moon, condemned the attacks. Obama called the Paris killings as an “attack on the values of life, liberty and the pursuit of happiness.” In France itself, President Francois Hollande, looked weak and jaded declaring “war on terror”.

Knee-jerk right wing reactions also followed in France, from the likes of Marie Le Pen, blaming refugees fleeing war-zones such as Syria for the carnage in Paris. Equally, in Germany, the Chancellor Angela Merkel’s stance on the migrant crisis has been questioned. And so it is that tragedy often causes a suspension of logic, and a somewhat ahistorical response. Global terror has a history, and a face that goes far beyond ISIS, Osama Bin-Laden and Al Qaeda. Its faces are those of George Bush, Dick Cheney and Donald Rumsfeld, with shrewd hawkish Condoleeza Rice in the background. It is also the former British Prime Minister, Tony Blair’s recent apology for “Iraq war mistakes”.

Remember those weapons of mass destruction and weapons inspector, Dr David Kelly’s most tragic death? Mistakes have been made, and radicalisation has different faces, and names around the world. They are Islamic, they are Jew and Christian, and that is why in the aftermath of such bloody tragedy, all leaders of the world need to acknowledge their role in creating a world which is less safe while often pursuing misguided foreign policy objectives.

The Syrian war, and Russia, unleashed, together with a completely unaccountable Vladimir Putin, unimaginable complexity. No longer a bi-polar world we live in, power finds itself in self-interested pockets fulfilling mandates often at odds with the purpose of the United Nations, and the myriad conventions on human rights.

European Commission head, Jean-Claude Juncker has said there will be no change of strategy for dealing with migrants from Syria, and elsewhere, themselves, also fleeing the tyranny of ISIS, and a deepening and tragic humanitarian crisis. Along with the German Chancellor, Juncker has been spearheading the European Union’s response to the hundreds of thousands of refugees and migrants that are arriving on Europe’s shores. In addition to a planned deal with Turkey to help fortify the EU’s sea border with Greece, the response has focused on slowing down the flow of arrivals, by boosting identity checks, while keeping borders open to those who need protection. That strategy – already under attack from some other EU leaders and members of Merkel’s own coalition – is bound to come under even more pressure, following claims that one of the terrorists involved in the Paris attacks might possibly have entered the EU via Greece bearing a Syrian passport.

These remain claims, but in the wake of such tragedy in Paris, this might well be seized upon as fair game, when discussing a more “closed door” policy towards migrants. In such heady days it is hard to figure out what, precisely, has to be done. World leaders have called for an all-out war against terror, but how will this be conducted when the enemy is confusing, disparate and all around? It will not be easy. Pope Francis probably said it best when he said that what we are seeing is the start of a “piecemeal Third World War”. Indeed, with an enemy so dispersed, and a largely unpredictable and unknown strategy, the fight will be difficult.

The bloodshed of the past weekend has drawn many into solidarity indicating far more about our shared humanity than a terrorist’s bullet. The answers to the current global crisis affect us all, after all, even as the solutions are neither inevitable nor self-evident. They will require ethical positions, fewer double standards, empathy and compassion for suffering like the world has been unable to summon before. It will also require some form of compromise, be it in Israel or Syria. Who will broker such peace, we might well ask?

Yet, for many of us as citizens of countries with fraught politics, inequality, and a leadership displaying a lack of accountability, there are salient lessons too. And there are lessons even for those in places of privilege, who now understand the inter-connectedness of all human life, be it in Paris, Beirut or on a rickety boat filled with women and children on its way to mainland Greece. The lesson must, surely, be that working towards peace must be our greatest universal goal. Yet peace is not merely the absence of violence, and not having someone shoot at us, or not having a car bomb go off in the street.

There are other, sinister forms of violence, which often work slowly to erode peace. As Catholic scholar, Christopher Clohessy has said elsewhere, “when a child dies of starvation or malnutrition, it’s a kind of violence. When human beings suffer from preventable diseases, when they are denied a decent education, housing, and opportunity to raise a family, or to participate in their own governance, it’s a kind of violence. We need to actively work against such an absence of peace, with the understanding that peace doesn’t just happen. There are things that make for peace: there has to be justice in the way people are treated for instance. There has to be honesty, so that people can trust each other. There have to be moments when we are willing to compromise. Justice, honesty, and a certain compromise: these are the things that make for peace.”

Clohessy goes further to say that as a global society, we need to start dealing with the absence of peace, where we are, or we will be left only, with hindsight. Hindsight, he says, does not un-pollute our rivers and waterways, hindsight does not resurrect the dead we kill in our wars or plug up the holes in the ozone. Hindsight does not take away the visible bruises of physical violence or heal the invisible ones of verbal abuse. Hindsight is pretty useless. Years from now, people will look back with hindsight, and wonder why we were so slow to deal with the discrimination we imposed upon others because of their gender, race, religion, language, marital status or sexual orientation.

And so, the violence of everyday life, in so many parts of the world, including our country, South Africa, means we need to work far harder to wage peace; in the way we treat one another with dignity and respect, in the way we care for our environment, and ensure that children are safe, and have decent futures. The interconnectedness of global life in 2015 now means that deprivation and injustice resonate around the world, with frightening consequences. The days of living in privileged bubbles of security now seem forever over. As Warsan Shire, the Somali-Britain writer and poet says, it hurts everywhere. DM

Photo: Mother (L) and relatives of Rawan Awwad, killed in twin suicide attacks 12 November in a Beirut suburb, mourn during her funeral procession, in the Bourj al-Barajneh suburb of Beirut, Lebanon, 13 November 2015. According to local sources at least 43 civilians were killed and over 235 wounded when two suicide attackers blew themselves up 12 November near a busy market outside the al-Imam al-Hussein mosque on al-Husseiniya street in the suburb with a large Hezbollah presence. The group calling themselves the Islamic State (IS) has claimed responsibility for the attack, after which a day of mourning was declared in Lebanon for 13 November. EPA/WAEL HAMZEH.