MTN’s record fine: What it means for doing business in Nigeria 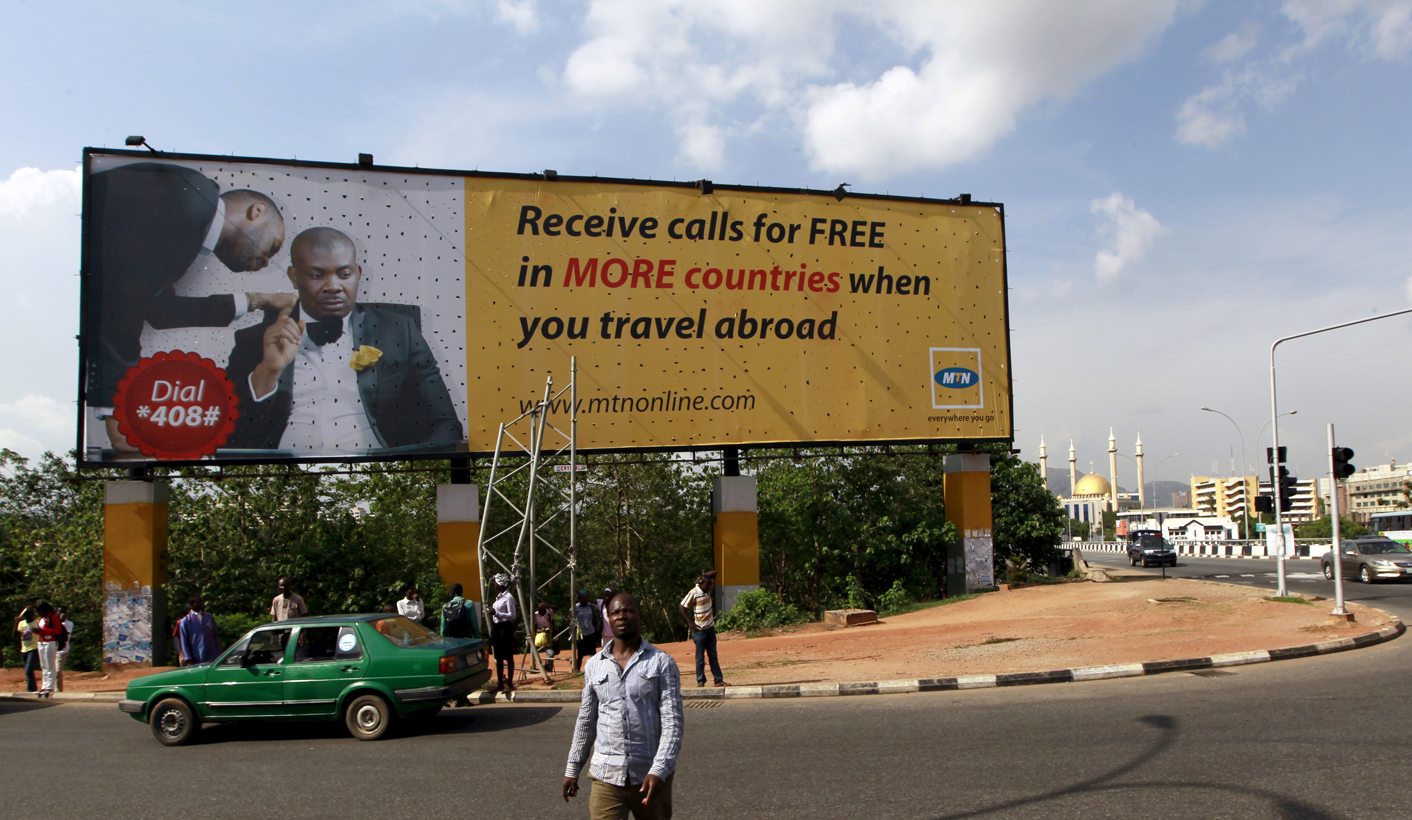 This week MTN was hit with an unprecedented $5.2-billion fine by Nigerian regulators, the largest ever imposed on an African company – and, not incidentally, equivalent to nearly a quarter of Nigeria’s annual budget. Can the firm keep operating in Nigeria? And are South African businesses being targeted? By SIMON ALLISON.

MTN has been hit with a record $5.2-billion fine by Nigerian regulators for failing to register users, raising concerns that regulations are being tightened to compensate for a budget shortfall.

The unprecedented fine has already caused a 16% drop in the share price of MTN, Africa’s largest cellphone company, and threatens the firm’s future in Nigeria, its biggest and most profitable market.

There are fears that the fine, which came on the same day that regulators acted against another South African company, could deter foreign businesses from investing in Nigeria.

Nigerian regulators accused MTN of failing to deactivate unregistered sim cards in a timely manner, and said the fine is designed “to ensure that the wilful non-compliance ceases”.

Unregistered sim cards are seen as a major security threat by the Nigerian government, which is concerned that anonymous numbers facilitate terrorism and crime.

Yet the size of the fine, which works out to more than $1,000 for each of the 5.1-million unregistered cards, is seen as excessive. In contrast, last year Nigeria’s parliament recommended that Shell pay a $3.96-billion fine for a major oil spill at its offshore Bonga oilfield that caused long-lasting environmental damage.

Analysts suggest that the fine could be a form of income generation for the government, which is struggling after the sharp decline in oil prices. If collected, the fine would represent nearly a quarter of the government’s $22.6-billion annual budget for 2015.

“Nigeria’s fiscus is in serious trouble. Whatever way the Nigerian state can recoup lost revenues from oil, then so be it,” said Martyn Davies of market consultants Deloitte-Frontier Advisory. Davies warned that the government’s budget shortfall would make life more difficult for foreign companies already in Nigeria, and discourage others from investing. Already, he said, foreign companies are finding it harder to take money out of the country as regulators interpret the rules more strictly.

The fine has come as a shock to MTN’s shareholders, who know that Nigeria is the company’s largest and most profitable market. Significantly, the company’s Nigerian operating licence is up for renewal next year and there are fears that run-ins with the regulator could threaten this.

MTN’s share price on the Johannesburg Stock Exchange has collapsed since the fine was imposed, with the company losing 16% of its value in just two days of trading. The company is also being investigated by the stock exchange over accusations that it failed to officially alert shareholders to the fine for more than seven hours after it first became public.

Beyond a public statement confirming the fine, MTN has not commented beyond saying that it hopes to reach a lower settlement. Failing that, analysts expect lengthy court proceedings or a dramatic exit from Nigeria.

“The fee is also totally unreasonable and if it did stick, I can’t see how MTN can remain in business. The average revenue per user is around $5 in Nigeria, but they were fined just over $1,000 per unregistered user,” said Stuart Lowman, business reporter for South African site biznews.com.

The fine came on the same day that another South African company got on the wrong side of Nigerian regulators. Stanbic IBTC, the Nigerian subsidiary of South Africa’s Standard Bank, was ordered to withdraw and restate its 2013 and 2014 financial statements amid suspicion of “accounting irregularities and poor disclosures”. Stanbic denies any wrongdoing, but four directors – including the current chairman and chief executive officer – have been suspended until the matter is resolved.

The problems encountered by two of South Africa’s most prominent companies in Nigeria have caused concern. “Both MTN and Standard Bank’s Nigerian operations were hammered on the same day, which may look like an SA-focused clampdown,” said Lowman.

The two countries are fierce economic rivals, with Nigeria overtaking South Africa to become the largest economy on the continent last year. Yet South African companies are still far better represented in Nigeria than the reverse, which creates its own tensions.

A version of this article first appeared on the Guardian Africa Network.

Photo: A man walks in front of an advertisement billboard of MTN phone company in Abuja, Nigeria May 25, 2015. REUTERS/Afolabi Sotunde.