Analysis: A new era of uncertainty beckons in the ANC 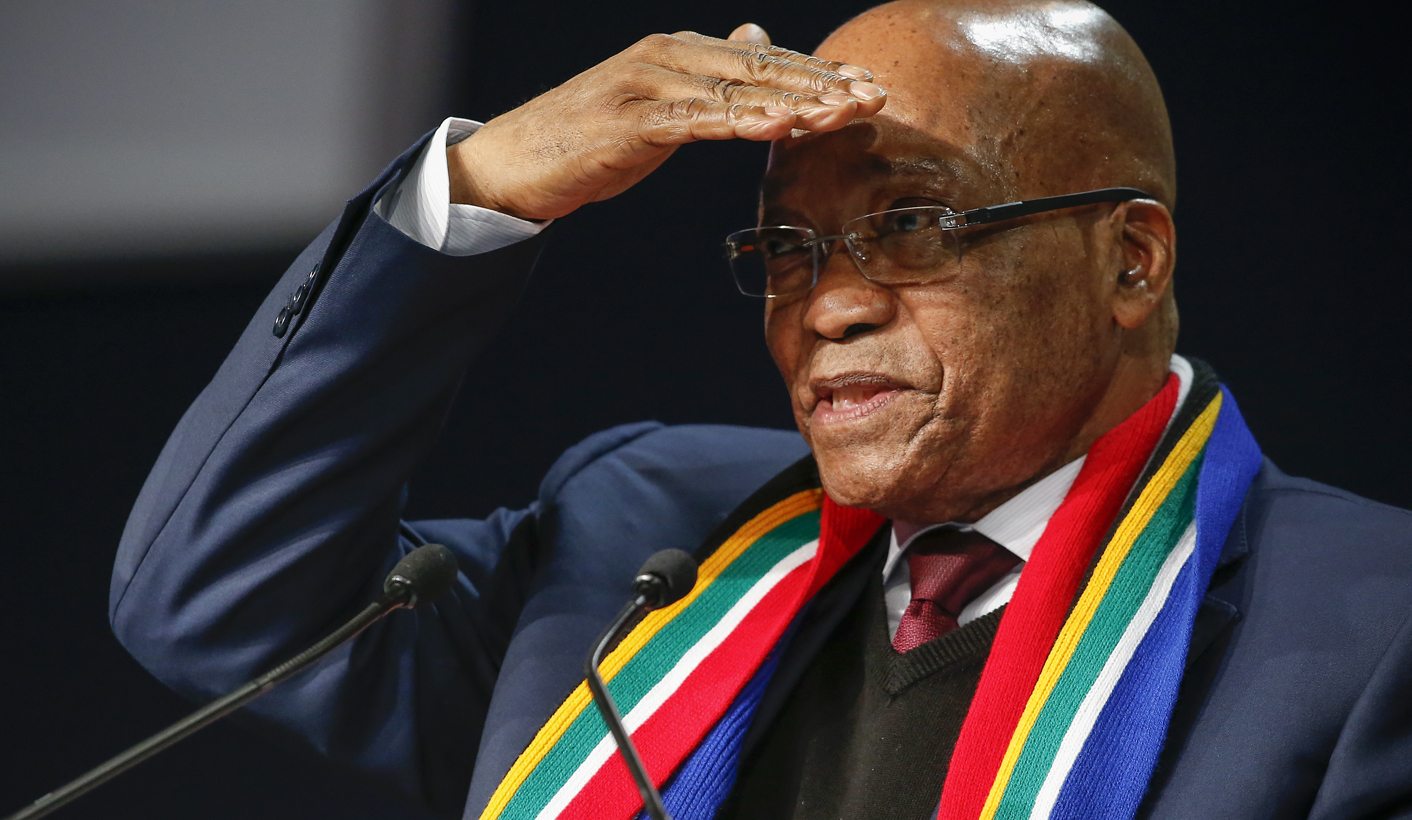 In the aftermath of student protests that saw Higher Education Minister Blade Nzimande being booed, African National Congress (ANC) secretary-general Gwede Mantashe being told to sit down, and a march on the Union Buildings, there are questions to be asked about political power in South Africa, and especially whether it is slipping away from the ANC. While it is easy to suggest that power is moving away from Luthuli House, the reality is much more complicated. What we are seeing now, is, in fact, part of a much bigger and longer process in which power has become more diffused than at any time since 1994. By STEPHEN GROOTES.

In the 16 days since the ANC’s national general council (NGC), Luthuli House has had a very rough ride indeed. It’s not just the student protests, which made it clear that many of the country’s youth speak a language the current leadership of the ANC does not understand, there have been other events which showed the centre of the party was losing its grip on power.

Two weeks ago, the ANC publicly rebuked Communications Minister Faith Muthambi, because she claimed her decision to introduce un-encrypted digital terrestrial television had not been discussed at the NGC. This public rebuke was a new thing. It showed that party leaders felt emboldened enough to publicly take on someone appointed by President Jacob Zuma. Then, last week, as a result of the student protests, Nzimande found that one of his decisions had been over-ruled by Zuma. The president was forced to step in because of a mess that occurred under Nzimande’s watch. Then early this week, Home Affairs Minister Malusi Gigaba found that the Cabinet, presumably with Zuma’s agreement, had reversed his decision on visa requirements for travellers in and out of South Africa.

All of this occurred within a short space of time, and it indicates that there is no-one really in control of things within the party. It suggests that we have entered a new era of unpredictability. This is very different from what happened in the past. There was a time, particularly when Thabo Mbeki was president, when everything was controlled from the centre. It was claimed at the time that Cabinet meetings were a discussion between Mbeki and Trevor Manuel. During the same period, the secretary-general of the ANC did not represent the party in public, or at press conferences. Smuts Ngonyama, head of a party organ called The Presidency, was the public face of the ruling party. During his presidency, public opposition to Mbeki by ANC leaders was simply not tolerated. Not even on life-and-death issues like Aids.

Several important dynamics contributed to the current state of affairs in the ANC. First, during Mbeki’s time, the provinces were simply not as strong as they are now. At the time, they were still finding themselves, sorting out structures and working out their boundaries. Today, several ANC provinces have had the same leaders for nearly a decade. They have become entrenched, and now have greater aspirations of rising to power on the national stage – if they can. A similar dynamic is apparent in ANC regions. In some of the party’s bigger branches, members have started taking whatever power they can, all the way to local levels.

Second, Zuma’s rise to power at Polokwane was partly a reaction to Mbeki’s style of governance; people believed he was turning into a dictator, and Zuma promised that he would allow them more autonomy. This has made it difficult for Zuma to govern more firmly, as Mbeki did. Until now, however, Zuma, has appeared to be very much in control through patronage and other networks. Now that he is entering the last quarter of his time as ANC leader, some of his power is ebbing away, and people in the party know it. They are brave enough, now, to take on someone like Muthambi, in a manner that was unthinkable five years ago.

This argument, that the centre is losing power, is strengthened by evidence of a spat between the South African Communist Party (SACP) and the ANC over Nzimande. Last week parts of the ANC Youth League used the student protests to claim that Nzimande should be fired. On Monday morning, SACP second deputy general secretary Solly Mapaila (that really is his position, and yes, it would appear that not all deputy general secretaries are equal in the SACP) was quoted as saying that several Cabinet ministers were involved in trying to remove Nzimande. This provoked a furious response from the ANC that there was no such conspiracy.

It is fair to say that none of this would have happened if the ANC Youth League, or the SACP, or Mapaila or Nzimande (who surely would have known what Mapaila was doing) feared the consequences of their actions. It shows that many people in the alliance are not scared of Zuma’s likely reaction. They may well be thinking beyond his presidency.

With all of that said, there are still real problems the ANC needs to resolve. The party somehow needs to find a way to give its leaders power without losing cohesion or being too dictatorial. This takes us back to State Security Minister David Mahlobo’s refusal to take questions during a fracas outside Parliament last week, when he was cornered by journalists. That moment was revealing of a man who had to check with either Zuma or Gwede Mantashe before speaking. At that moment, he was not a leader in his own right in any sense of the word, despite being a Cabinet minister. It was an incredible sign of weakness, and really showed up the ANC’s structural problems – especially on this issue. If a minister cannot lead in a situation like that, what is the point of their being in the Cabinet? Is it just to sign documents and do as they are told?

It seems unlikely in the extreme that these problems within the ANC are going to be fixed while Zuma is in charge. He simply does not have the time, and possibly not the power anymore, to fix things. Some of the centre’s powers are probably gone for good. Provincial leaders may have different views on many things, but they always collaborate to oppose any loss of their powers. And anyone wishing to succeed Zuma is unlikely to campaign on a ticket of stronger control from the centre; they would look like a dictator-in-waiting.

As a result, it would appear that it is only going to become harder to lead and manage the ANC. Managing power is always difficult, but it could soon become almost impossible in the party. DM