ICG: Avoiding an electoral flare-up in the Central African Republic 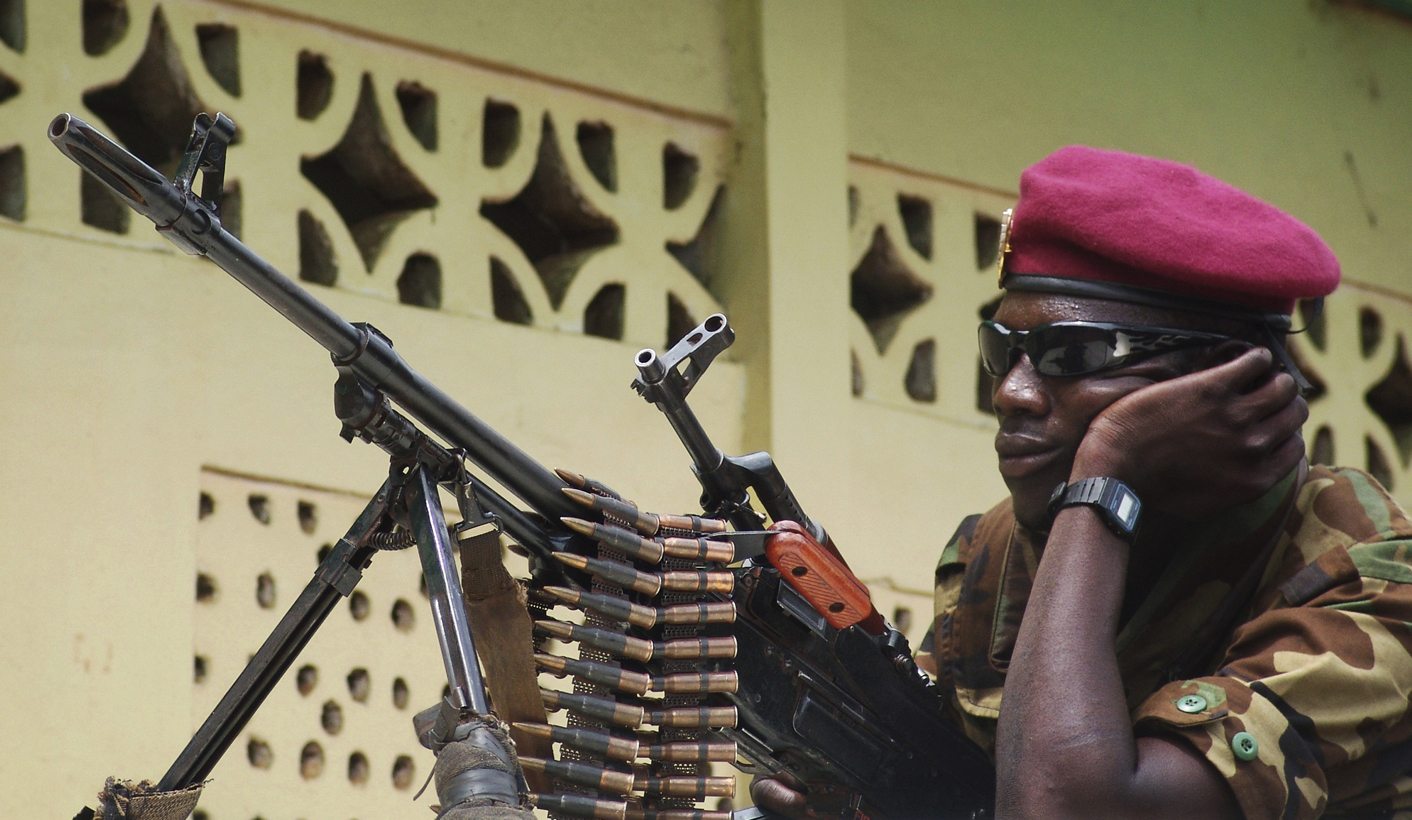 Tensions are high in the Central African Republic ahead of elections to be held before the end of the year. Today, the priority is to loosen the grip of armed groups throughout the country and create a consensus, which does not yet exist, around the electoral process. To do so, the number of French Sangaris and United Nations troops should be quickly increased, and the elections should be delayed to 2016 so they can be held in a climate of peace, and to promote sustainable stability. By THIERRY VIRCOULON and THIBAUD LESUEUR for INTERNATIONAL CRISIS GROUP.

The pre-electoral period in the Central African Republic (CAR) is heating up. In Bangui, youth militias engage in daily criminality and intercommunal tensions are now very high. Meanwhile in the provinces, several groups of combatants of the ex-Seleka and militiamen of the Anti-balaka are assembling in an attempt to march toward Bangui, seeking a violent confrontation. Until now, international forces have managed to prevent some of the combatants from reaching the capital, but the latter have not abandoned their aim of destabilising the transition. While Bangui continues to experience sporadic surges of violence, most recently seen in September, elections are scheduled to be held before the end of 2015. The combatants heading to the capital could take over Bangui and trigger renewed intercommunal clashes both in the capital and in the provinces.*

On 10 and 11 October, international forces managed to stop the progression of the militiamen of Nourredine Adam – leader of the Popular Front for the Rebirth of the Central African Republic (FPRC), the most hardline faction of the ex-Seleka – 150km from Bangui. The success of international forces in this regard, however, does not preclude other similar attempts by armed groups. In this context, the rushed organisation of elections advocated by the international community will only further fuel instability. Today, the priority is to loosen the grip of armed groups throughout the country and create a consensus, which does not yet exist, around the electoral process. To do so, the number of French Sangaris and United Nations (UN) troops should be quickly increased, and the elections should be delayed to 2016 so they can be held in a climate of peace, and to promote sustainable stability.

The violence seen in Bangui at the end of September that left some 70 dead, hundreds injured and more than 40,000 displaced, could sadly prove to be only the beginning. The death of a Muslim motorcycle-taxi driver in the capital city at the end of September triggered a cycle of violent intercommunal clashes, and anger toward the transition government and the international presence in the country. The call for civil disobedience by civil society leaders and widespread looting generated an atmosphere of insecurity instrumentalised by Anti-balaka leaders, supporters of former president Francois Bozizé (2003-2013), and leaders of the ex-Seleka.

This insecurity recalls an all-too-familiar reality for citizens of the CAR and humanitarian workers, which is often ignored by some members of the international community: the capital is not secure and militiamen still control several neighbourhoods; the recommendations adopted at the Bangui national reconciliation forum in May 2015 have not yet been implemented, primarily due to a lack of means, political will, and consensus among armed groups and within the CAR’s political elites; the disarmament, demobilisation and reintegration (DDR) agreement signed at the forum never materialised; and intercommunal tensions between Muslims and non-Muslims remain high both in the capital and in the west and centre of the country.

The violence that engulfed Bangui and the ensuing demonstrations, all of which occurred while CAR transition President Catherine Samba-Panza was in New York to participate in a side meeting on the crisis in the CAR during the UN General Assembly, reveal the destabilisation strategy and opportunism of certain politicians and civil society actors – including supporters of Bozizé and affiliates of the ex-Seleka. The violence and civil disturbances must nevertheless be taken seriously as they reflect a strong dissatisfaction. First, a dissatisfaction with the international forces who, after nearly two years since the launch of the French Sangaris mission and despite the deployment of some 10,000 blue helmets, have not yet managed to secure the capital or the country’s main road. Second, a dissatisfaction with the transition government which promised a lot at the Bangui forum but has delivered little.

The roadmap for the transition which planned for the disarmament, demobilisation and reintegration of militiamen after the Bangui forum and before the elections is completely off-track. The DDR process has been pushed back to after the elections and the elections themselves are being organised in problematic conditions, which include technical and financial issues, as well as security and political concerns.

Today, the political and communal impasse risks triggering a new violent flare-up. In fact, groups of ex-Seleka combatants close to Adam and his FPRC faction have been assembling since June 2015 near Kaga-Bandoro, more than 300km north-east of Bangui. In early October they tried to reach the capital, utilising alternative routes to avoid cities under the control of international forces. International forces clashed with ex-Seleka combatants on 10 and 11 October a few kilometres from Sibut, 150km north-east of Bangui, and temporarily stopped their advance. While these clashes have caused several losses within the rebel ranks, the destabilising capacity of these armed groups remains almost intact and preparations for new attacks are surely under way. Several groups of Anti-balaka militiamen in turn are currently assembling in several cities in the west of the country, including Bossangoa, 250km north-east of Bangui, and Berberati in the south west. Their objective is always the same: reach the capital to provide support for the young Anti-balaka militants and chase out the Muslims in Bangui. Some of them in fact took part in the violence in Bangui at the end of September before returning home. Today, the principal risk is not a coup, but rather renewed deadly intercommunal clashes in the capital and the provinces.

In this emergency situation, the international community is focused on the wrong objective: organising elections as soon as possible. Despite numerous warnings, the international community prefers an election at any cost rather than a fragile transition, whereas the transition government is seeking another ministerial shake-up and a new round of consultations. Following the resignation of the president of the National Electoral Authority, who opposed rushed elections in 2015, a new electoral calendar which should be voted on soon by the National Transition Council and which was decided upon following consultations between transition authorities and international partners, seeks to delay the first round of presidential elections to December 2015. This schedule is not feasible. International actors and the Samba-Panza government should first form a genuine partnership to create the technical, political and security conditions necessary for transparent, free and inclusive elections.

As a recent Crisis Group report, Central African Republic: The Roots of Violence, recommended, the following measures must be rapidly implemented by the CAR authorities and international partners, to avoid an intensification of tensions and violence between armed groups, and to ensure a peaceful climate conducive to elections:

* For context, the Seleka’s power-grab in 2013 marked a fundamental reversal of the country’s traditional political landscape. For the first time since independence, a force stemming from north and east of the country held the reins of power. In the wake of the coup, the western part of the CAR saw the widespread persecution of Muslims by Anti-balaka militias, forcing their departure from the region and fuelling both a desire for revenge and the emergence of a discourse of partition in the east of the country. Conflict between the ex-Seleka and the Anti-balaka is today compounded by a conflict between armed communities.