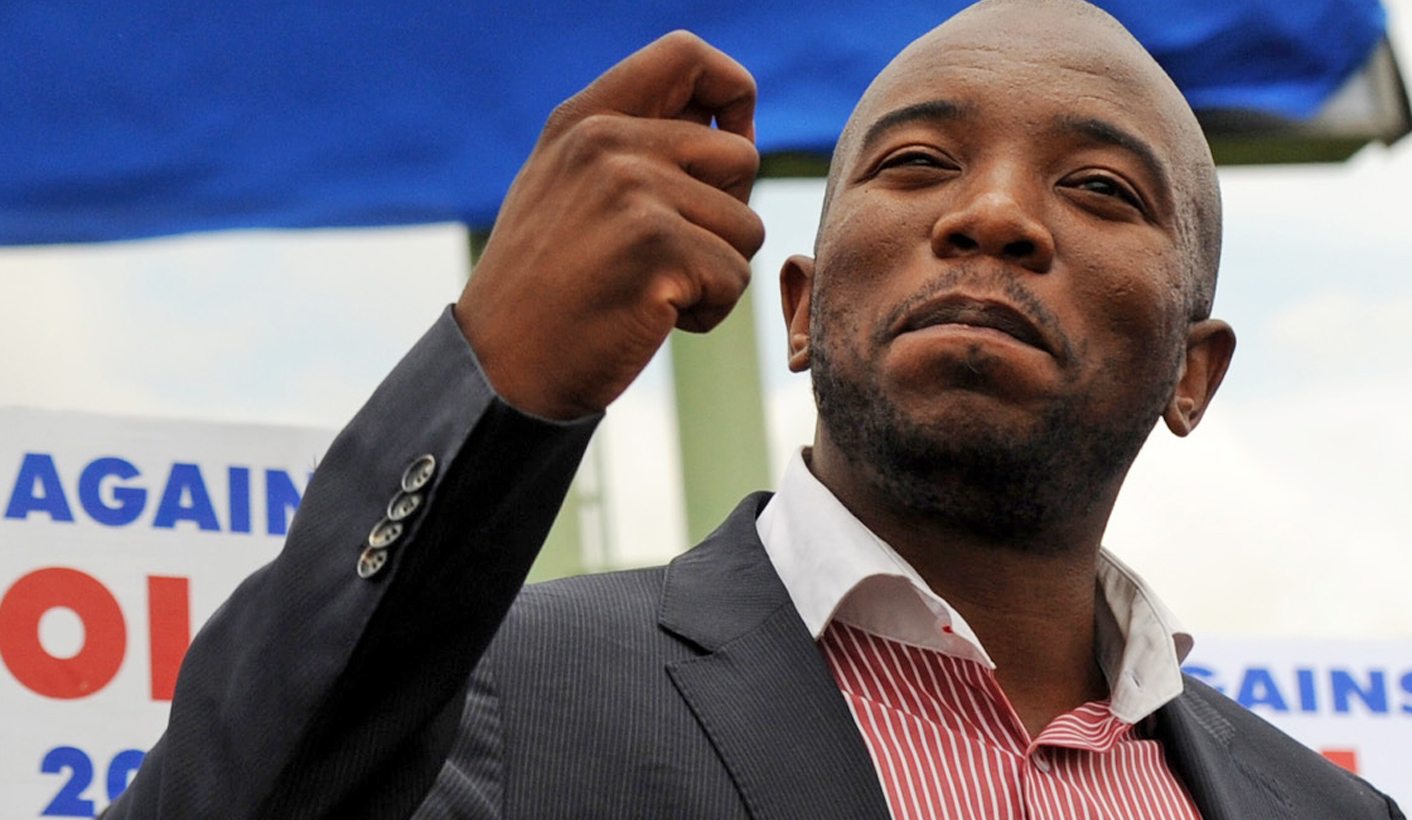 The Democratic Alliance was engulfed in scandal last week, but on Thursday party leader Mmusi Maimane led a spirited attack on the African National Congress and its funding company, Chancellor House. The World Bank has joined the list of those looking into the company's deal with Hitachi and for Maimane it couldn't have come at a better time. By GREG NICOLSON.

This week World Bank integrity vice-president Leonard McCarthy wrote to Maimane informing him that the institution would look into Hitachi’s deal with Chancellor House that saw the pair win Eskom contracts to build boilers at new power stations.

Investigations are mounting after Hitachi offered to pay a $19-million settlement to the US Securities and Exchange Commission for inaccurately reporting payments to Chancellor House, which it allegedly used for its political links to the ANC. Hitachi didn’t admit guilt in the settlement but it’s also unable to claim innocence.

It could be damning for the ANC, which has said it wasn’t involved in the transaction nor implicated in the investigation, and for many it confirms long-held suspicions about the party’s investment arm.

“The basic message is that Chancellor House, such an esteemed law firm, by President Nelson Mandela, has been turned into a place where the ANC are using it as a funding mechanism and Hitachi in the US confirmed that,” said Maimane.

He continued: “The only way that they had a success bonus for the contract they got at Medupi is because they were dealing with Chancellor House. They knew [former Eskom chairperson] Valli Moosa was from the ANC. They knew that the chair of Chancellor House was from the ANC. Therefore the ANC would negotiate with Eskom to get them the tender and they got a bonus fee that we want that money to be paid back. We want those who are criminally liable on this matter to be prosecuted. That’s why even the World Bank is here to work with me and the ANC and Chancellor House are one.”

Chancellor House chairman Taole Mokoena told the Financial Mail this week that the company did not pressure Eskom to get Hitachi the contract. “What is never mentioned by the media is that the preferred bidder was in fact Alstom. But Alstom kept increasing its price and changing the specifications during the financial closure negotiations, until Eskom invited the second-best bidder, Hitachi,” he said.

McCarthy, the former Scorpions head accused of collaborating against President Jacob Zuma, told the DA leader the World Bank is looking into the matter and “assessing whether World Bank funds were put at risk due to the actions of the parties identified in the Securities and Exchange Commission civil action”. Under McCarthy the World Bank has finalised over 900 investigations, sanctions, audits and advisor engagements since 2008, says the World Bank website.

On Thursday, a spokesperson from the World Bank was cautious and pointed out that it didn’t fund the Medupi power plant, key to the allegations. “For projects financed by the World Bank Group we have an integrity vice-president that investigates allegations of fraud and corruption but that would apply only to project components that we have financed.” The spokesperson, who wanted to be attributed only as a spokesperson, continued: “Although the Hitachi contract was not financed by the World Bank, our integrity vice-presidency is assessing the matter to see whether any World Bank Funds were put at risk.”

The DA has also laid criminal charges, currently with the Hawks, against Chancellor House, and the public protector has been asked to investigate. The DA also plans to raise the issue in Parliament’s standing committee on public accounts.

Maimane was buoyed by Thursday’s Supreme Court of Appeal (SCA) decision on the SABC’s Hlaudi Motsoeneng and linked the issue to next year’s municipal elections. The SCA dismissed the SABC chief operating officer’s appeal against a decision that he should be suspended pending a disciplinary hearing. It also found that remedial action from the public protector should not be ignored without being taken on review, nor should other investigations be able to trump her findings. The ruling will be important when political parties go to court to pressure Zuma to pay back some of the money spent on the Nkandla upgrades.

“When we got to the Supreme Court of Appeal the judges said … Hlaudi, you can cook your matric certificate but you can’t cook the courts,” said Maimane. “Therefore Hlaudi must be suspended immediately. Now they have a problem on their hands because they’ve lost the semifinal that is Hlaudi Motsoeneng. What happens then in the final? Let me tell you what is going to happen in the final … We’ve already dealt with ‘junior Jacob’ who is at the SABC. We are coming for you, President Jacob Zuma.”

The DA’s recent scandals, however, linger. Asked about party MP Dianne Kohler Barnard, who was demoted after sharing a facebook post supporting former apartheid president PW Botha, Maimane said her disciplinary hearing will be held on Friday and she is entitled to make submissions and have legal representation. DM