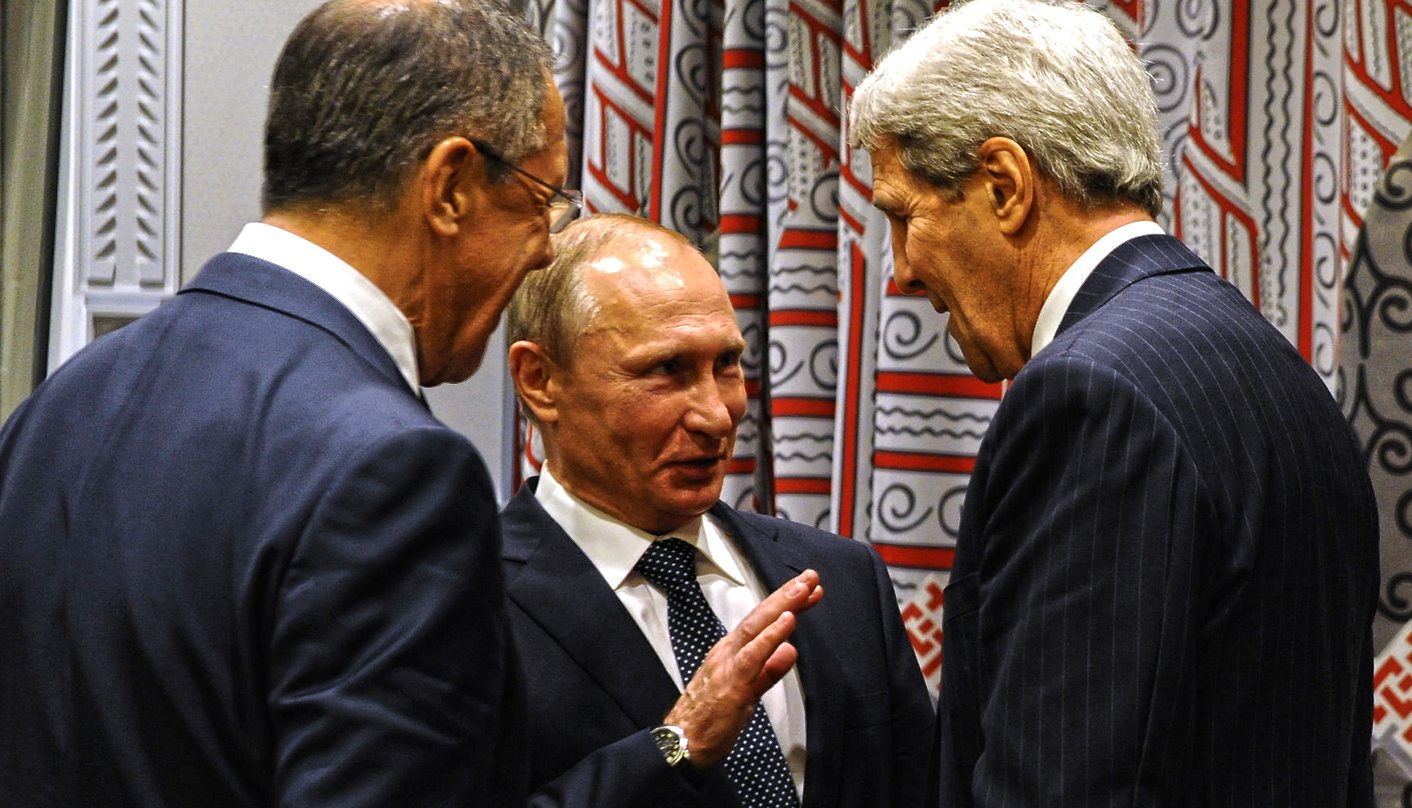 If Russia really wants to pull out of Ukraine, it has to wind up a small but stubborn political local leadership and a quite large militia structure of at least 20,000 fighters. It will discover that separatist leaders have developed their own, usually corrupt, interests, and may not go quietly, and that fighters, abandoned to their own resources, may turn to crime. By PAUL QUINN-JUDGE for the INTERNATIONAL CRISIS GROUP.

Speaking to American talk show host Charlie Rose over the weekend, Russian President Vladimir Putin offered his own recipe for wise leadership: identify problems in time and react accordingly. Viewed through the prism of events in eastern Ukraine, this looks very much like retrospective wisdom. After more than a year of improvising a policy in Donetsk and Luhansk, Putin seems to be looking for a way out. Syria is helping, for now at least, by drawing attention at home and abroad away from Ukraine. But he cannot wish the problem away.

Indeed, Putin’s task on the ground in Ukraine is becoming more complicated. If Russia really wants to pull out, it has to wind up a small but stubborn political local leadership and a quite large militia structure of at least 20,000 fighters whom it has generously equipped with artillery and heavy armour. It will discover, if it has not done so already, that separatist leaders have developed their own, usually corrupt, interests, and may not go quietly, and that fighters, abandoned to their own resources, may turn to crime.

Putin will also eventually have to clear up the situation along Russia’s own border with the separatist entities, which has turned into a flourishing centre for contraband. For now, managing Russian domestic opinion may seem easy. On 28 September, when Putin and US President Barack Obama met in New York, one Russian language-website founded last year to support the eastern separatists was carrying battlefield reports from across Syria; another told its readers that the mere rumours of Russian troops on the way is causing panic among the Islamic State. But the day is approaching when Putin will have to explain to his own people why the glorious revolution in the east turned into what most would call just another bardak. A mess.

The Kremlin has begun to take action in the last few months, stepping up pressure on its allies in the east. There have been changes in the separatist leadership. Obstreperous military commanders have been squeezed out. More recently the second-ranking leader of the Donetsk People’s Republic (DPR) – Andrei Purgin, very pro-Russian but firmly opposed to compromise with Kiev – was abruptly arrested and detained by Donetsk’s ministry of state security.

Separatist leaders say reorganisation of the Donetsk military forces have replaced local warlords, Cossacks and others, with regular officers. The large units that reported directly to top leaders – DPR head Alexander Zakharchenko, or security council secretary Alexander Khodakovsky – have, in theory at least been subordinated to a regular military structure. Its real leadership is unknown, but probably Russian.

A backdrop to these changes is the steady stream of reminders to the separatists that they are part of Ukraine – something they indignantly deny. One particularly blunt reminder came in a statement from the Russian foreign ministry’s spokesperson. The Minsk agreement of last February, which lays out a complex and so far little-implemented roadmap, “states clearly that Donetsk and Luhansk are part of Ukraine”, she said. “Let’s not fantasise. Let’s get on with implementing this document.”

During a recent meeting in Donetsk with a senior security official, my host paused to take a call. He listened impassively to a long report from a clearly shaken local commander, then hung up. Our Russian military minders were “screaming” at one of our artillery positions for responding to Ukrainian shelling, the official explained. “If we fire back, we get into trouble. If we don’t, morale plummets,” he remarked. Such complaints are sometimes accompanied by warnings that ammunition and supplies may be cut.

It should be easy for Moscow to control its far smaller clients. Russia arms, feeds, and funds the breakaway areas. Only two Donetsk leaders have even a modicum of independence, another member of the leadership told me recently. (Make that one now: soon after our conversation the second of the two leaders was arrested). “The rest of us,” he said, “handle “technical issues.” Separatist leaders obediently attend negotiations in the Minsk format, but they cannot even change the punctuation of any statements, he said.

Already in May 2014, Russia seemed to have decided it would not incorporate eastern Ukraine into Russia militarily. Putin likely received convincing intelligence reports that incorporating the east would be much messier and complicated than Crimea. “They ran out of ideas for us over a year ago,” one leader constantly says. Meanwhile, the Russians failed to organise a political or administrative structure, losing time in what looked like a permanent holding pattern. They treated us like “a suitcase without a handle”, another leader remarked, “it’s useless, but you can’t bring yourself to throw it out”.

During this time of constant improvisation in the Kremlin, some of the new local leaders were busy. Powerful criminal groups sprung up with both local political clout and serious firepower. A thriving cross-border trade sprang up, with guns, drugs, consumer goods, scrap metal and coal crossing both the border with Russia and the line of separation between separatists zones and the rest of Ukraine.

Little of what is happening now is a surprise to the separatist leadership. The rank and file have been suspecting for months, if not longer, that Putin was preparing to dump them. A month or so ago I asked leaders in Donetsk whether such a scenario was possible. One answered with a long and circuitous speech which boiled down to: “Yes”. Purgin, cautious and still very supportive of Russia, sidestepped slightly, saying: “This is a complex and slippery question.” He did not rule it out, though.

Another problem, one of the subtler analysts in the leadership remarked, is that for the past year hardliners and moderates in the Kremlin have not reached any consensus about what to do next. “At times the military aid tap would flow abundantly, and we felt something was going to happen,” one recalled. “Then it dried up again, and we were told to implement the Minsk agreement. The towers of the Kremlin were fighting against each other.”

The political confusion and competition in Donetsk is thus a reflection of the struggle in Moscow, and it is not slowing down. When I asked which side Putin was on, the analyst demurred. In fact, Putin might not be on either side. He may well be where he often is: in the middle, trying to work out which way to go. Military success in Syria may help him by pushing Ukraine off the headlines. But it will not solve the problem he created in eastern Ukraine – and perhaps in the long run at home. DM