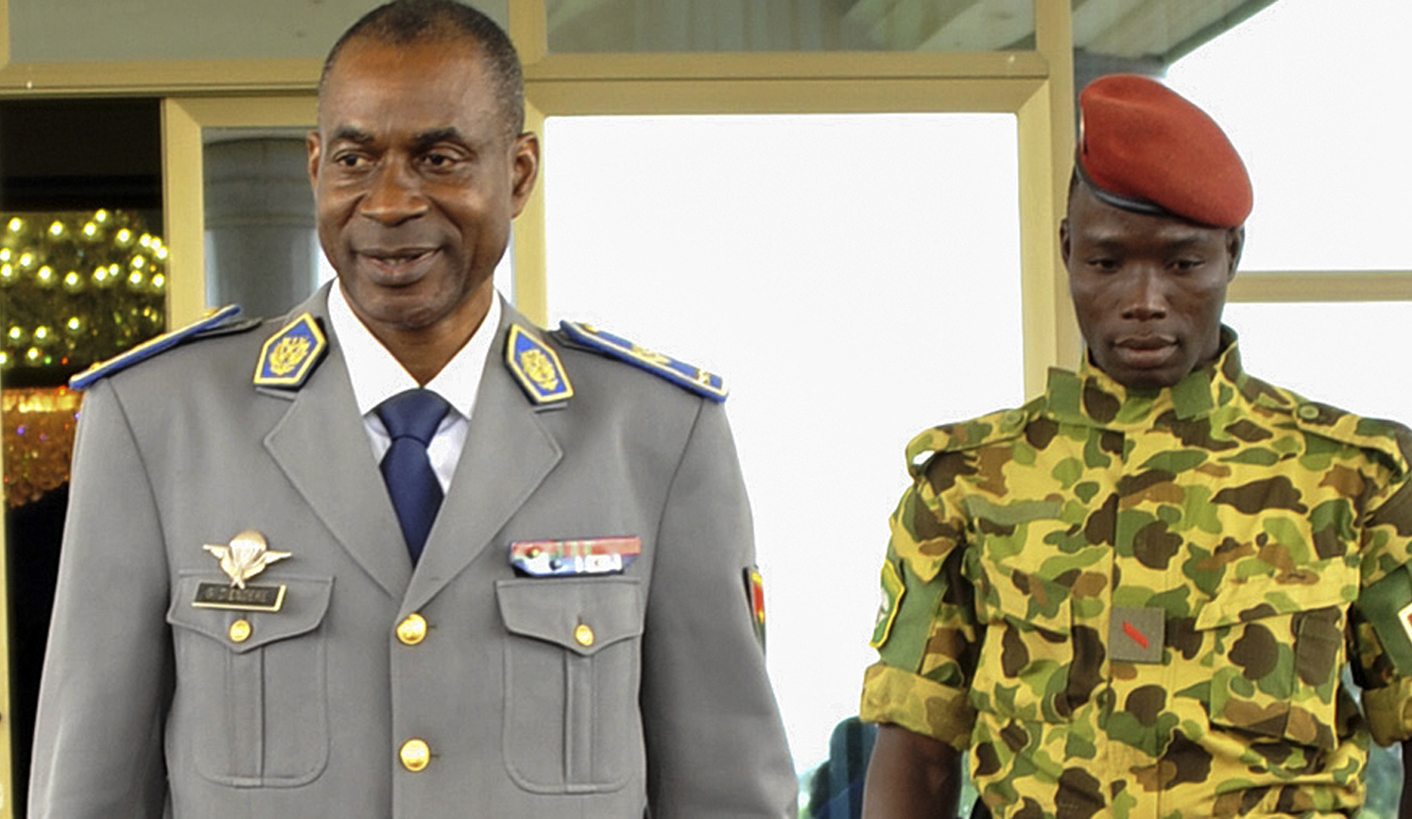 Although regional players and the African Union have voiced their opposition to the coup in Burkina Faso, and civil society has mobilised people in several towns across the country, strongman Gilbert Diendere and his Regiment of Presidential Security have proven that they are willing to overturn what was once a hopeful situation in one of the poorest countries in the world to ensure their supremacy. For these reasons, and the potential domino effect a crisis in Burkina Faso would have on the region, Diendere is unlikely to be ousted any time soon. By BAT-EL OHAYON.

Strongman Gilbert Diendere, who is now in control of Burkina Faso, is unlikely to be set aside as easily as Prime Minister Yacouba Isaac Zida and President Michel Kafando have been. Diendere, the former right-hand man of Blaise Compaore, was present for almost all of Burkina Faso’s major developments in the last 30 years, including the arrest of the iconic leader Thomas Sankara, and is believed to have been party to high-profile decisions and regional developments. It is telling that Diendere, despite his obvious influence in the Compaore regime, remained unscathed by developments in the country. The coup leader was able to operate in relative anonymity over the last year, despite evident and public efforts by Zida to dissolve his unit, the Regiment of Presidential Security (RSP). Should this be true, his presence during the civil unrest which led to Compaore’s resignation in October 2014 underscores his ability to ensure his own survival. Thus, this latest coup is unlikely to usher in a long-awaited democratic period and will not be as easy to overturn.

Regionally, the events of 16 September in Burkina Faso come at a crucial and tense time, ahead of long-awaited presidential elections in Côte d’Ivoire and Guinea, slated for October. Both of these polls have prompted international consternation, with previous elections leading to political crises and widespread violence. The region surrounding Burkina Faso is already plagued by instability including a growing terrorist threat in the border regions between Mali, Burkina Faso and Côte d’Ivoire. It is thus probable that the international community and the African Union (AU) in particular will be wary of elections and further instability in Burkina Faso. Lastly, these developments will be an important challenge to the African Union and the Economic Community of West African States (Ecowas), testing their ability to pull a country back from the brink of internal chaos. The fear of a prolonged conflict similar to that witnessed in Burundi may serve as motivation for regional leaders to settle for a lesser deal with the coup leaders, despite popular opposition, thus making this latest power grab by Diendere a longer lasting change than first believed.

With the calculated Diendere in control of the estimated 1,300 strong RSP regiment, and claiming that he has the support of other military leaders, it is unlikely that another so-called counter coup will occur in the near term, with regional leaders and the Burkinabe population having to hunker down and make best of the situation. Despite strong rhetoric and threats, Ecowas and the AU are already operating beyond their means in the restive region so it is likely that they will be more willing to avoid yet another protracted conflict by allowing the RSP to avoid disbanding. Mediators Macky Sall from Senegal and Benin’s leader Thomas Boni Yayi seem to have come to this conclusion as well, attempting to negotiate a solution that will likely allow the RSP to remain intact, and possibly call for some sort of unity government. While the AU and Ecowas have made their opposition to the coup known, suspending Burkina Faso from the union and with the latter acting as mediator, they are unlikely to be able to reverse this coup. Thus, through allowing for the continuation of the RSP, mediators will in fact restore the core of power to those allied to Compaore, possibly inflaming popular opposition.

Even with the AU’s opposition to the coup and civil society’s mobilisation in several towns across Burkina Faso, Diendere and the RSP have proven that they are willing to overturn what was once a hopeful situation in one of the poorest countries in the world in order to ensure their own survival. For these reasons, and the potential domino effect a crisis in Burkina Faso would have on the region, Burkina Faso and its admirable civil society are facing a violent path ahead. DM

Photo: A photograph made available 19 September 2015 shows the new head of the country following a coup, General Gilbert Diendere at the airport in Ouagadougou, Burkina Faso, 18 September 2015. Protests continue in Ouagadougou after Presidential guard officers seized power in a coup. The military council that has taken power in Burkina Faso released President Michel Kafando on 18 September, the radio station Omega FM reported, after strong international pressure was brought for the release. The junta also released two ministers who were detained with Kafando by the presidential guard on Wednesday, although Kafando was being held under house arrest. A statement issued by the coup leaders said the country would be led by General Gilbert Diendere who was former president Blaise Compaore’s chief-of-staff. EPA/AHMED YEMPABOU.