Review: A tale of transition

Review: A tale of transition 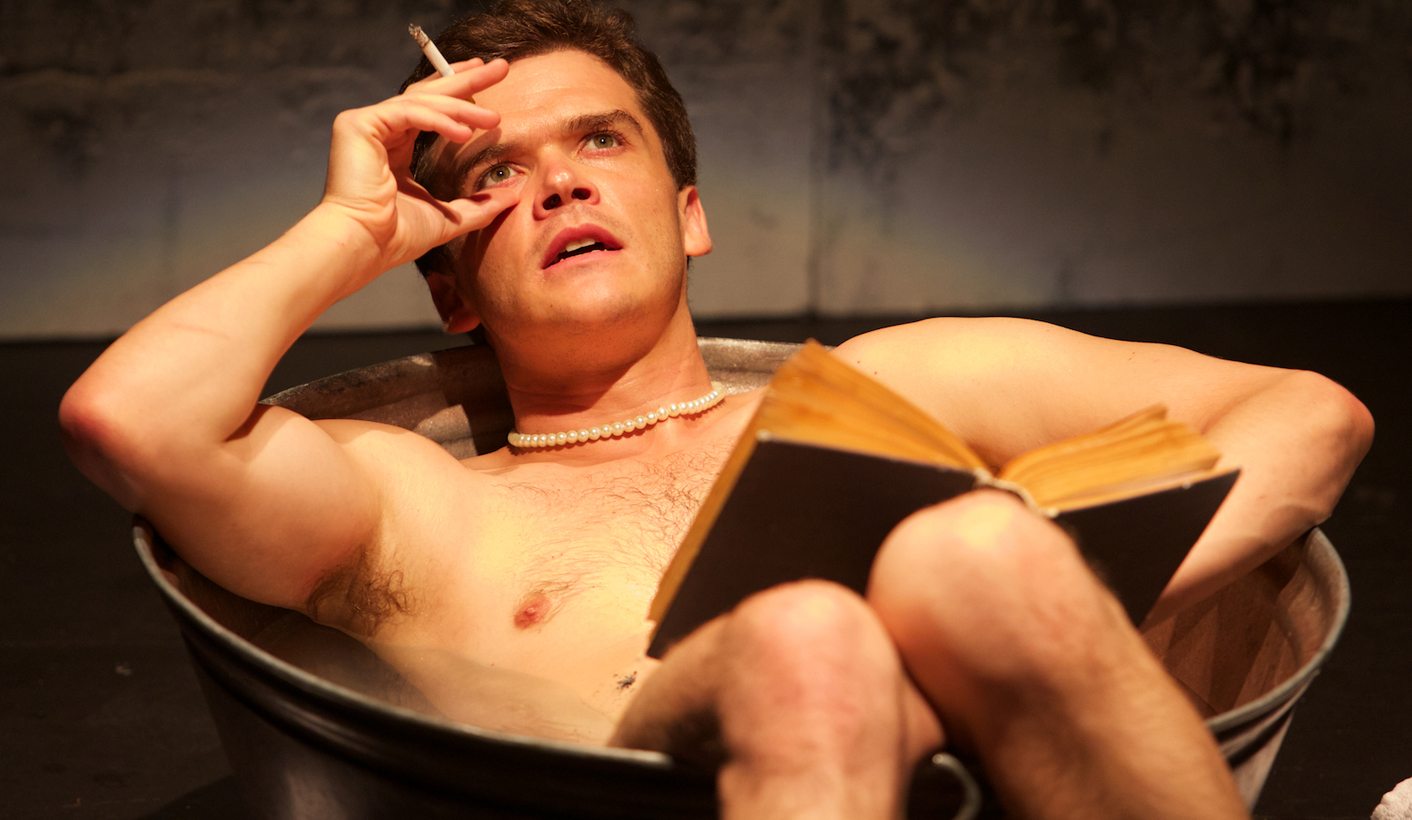 Wessel Pretorius wrote, stars in and directs the award-winning one-man show Ont-, the story of an Afrikaner boy turning into a man in a country that is also changing. It was translated into English as Undone by Hennie van Greunen, and is being performed in English then Afrikaans on alternative nights at the Market Theatre. By LESLEY STONES.

Ah, the supreme confidence of handsome youth. To perform an entire show wearing nothing but your undies, knowing the audience is judging you for your body as much as your brain.

There ain’t nothing wrong with Wessel Pretorius’s body, that’s for sure. But his brain – yoh! If the story he tells in this family drama called Undone/Ont- is true, then performing it on stage must be good therapy for him as well as good theatre for the audience.

Pretorius wrote, stars in and directed this award-winning one-man show as Ont-, the story of an Afrikaner boy turning into a man in a country that is also changing. It was translated into English as Undone by Hennie van Greunen, and is being performed in English then Afrikaans on alternative nights at the Market Theatre.

Pretorius starts the show already on stage in an oval bathtub, tapping his foot to blues music as the audience files in. Ticket-collecting glitches delayed the start and left him sitting there far too long on a bitterly cold evening, but he gave no hint of exasperation as he patiently waited for the chance to start.

Then he read Afrikaan poetry for so long I feared I’d come on the wrong night. This was the English version, but so much Afrikaans has been left in that you need to be bilingual to really appreciate the full 100%.

Pretorius uses prose, poetry and vivid movements to tell his story. He’s brilliant in his roles, delivering the characters so convincingly that you wonder which most closely resembles the real man behind the actor.

The lighting and stage design by Alfred Rietmann are simple but effective. Armed with only a suitcase and a jacket as his props, Pretorius shows the hopes of a young, happy family splintering and disintegrating with age. The most moving scene is when he plays the father, now repulsed and ashamed of the wife he was once proud to present as his own. Pretorius shows how vicious words can be, until eventually the words run out of a father who showed no love to his son for 21 years.

As the brother now escaped to Tahiti, he paints a fast-delivered picture that I think – if I heard it properly – has this self-centred character seeing the Afrikaner race as victims. But like many of the scenes it’s delivered so quickly that the words tumble and fight with each other for space. My brain wanted a slower pace to take it in and hear each word, but often the delivery – no doubt deliberately – is so fast that the impact is lost. You get a broad brushstroke of a picture, not the finely filled in detail that would come with a slower pace.

Listen carefully and you hear him deride the religion that rules his father. The great god who takes those we love from us without reason or mercy, yet still people worship him.

He plays his mother beautifully, his voice raised an octave as he mimes her putting on make-up, and revealing the sad, lonely life of a housewife with only two hours of pleasure in any day, and an empty home of despair in between.

Undone ends with a prayer from all the characters, but there’s a sense of hopelessness as they address this same god who takes without reason. I left feeling moved and saddened, and hoping there’s a lot of poetic licence in this family tree. DM

Undone/Ont- is in English on Tuesday, Friday, Saturday and Sunday and in Afrikaans on Wednesdays and Thursdays until September 20.