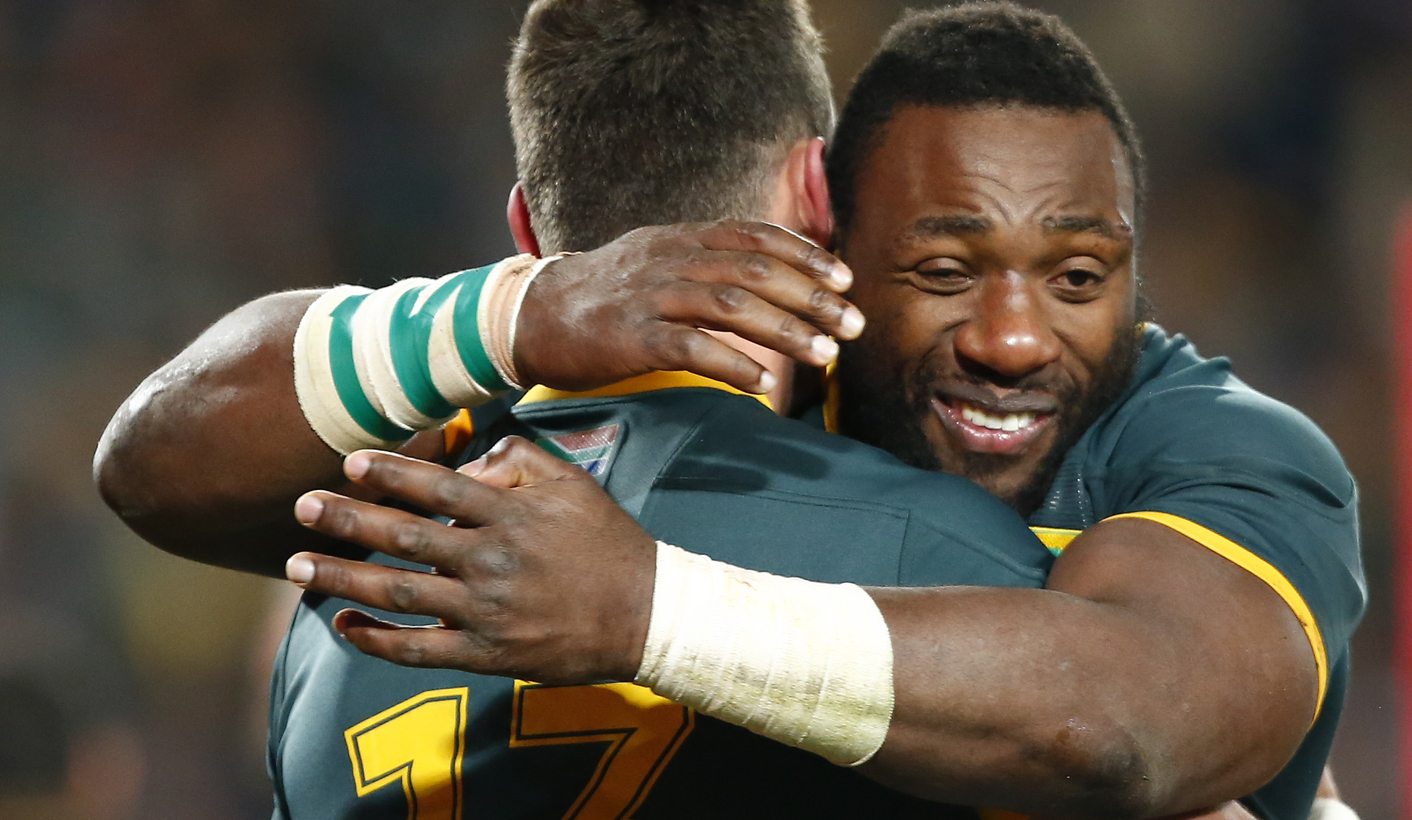 On Sunday, little-known political party the Agency for New Agenda said they will be taking Saru and Sports Minister Fikile Mbalula to court over the ‘lack of transformation’ in rugby. Their mission is to get the Springboks barred from going to the Rugby World Cup, but their legal case is flimsy and will in all likelihood be thrown out. By ANTOINETTE MULLER.

An unknown political party, the Agency for New Agenda (ANA) party, formerly known as South Africa First, will be taking South African Sports Minister Fikile Mbabula and the South Africa Rugby Union (Saru) to court on Tuesday. Their mission? To stop the Springboks from playing at the Rugby World Cup in England and Wales next month.

It might sound like a headline from ZANEWS, but the party said its president, Edward Mahlomola Mokhoanatse, will be in the North Gauteng High Court this week to get Saru and Department of Sport and Recreation officials to hand over their passports so they cannot travel to the tournament.

It also wants the court to order “the executive” to establish a “judicial commission of inquiry into the lack of transformation in South African rugby”.

In his affidavit, Mokhoanatse says the court action is a “public duty to defend our Constitution and to consign to the rubbish bin of history all vestiges and remnants of racial bigotry, racial exclusion and discrimination”.

Mokhoanatse acknowledges that there has been some progress in terms of transformation, but states that “some citizens resist such transformation and continue to practise activities, acts and conduct that are premised on unfair discrimination based on … race”. He adds that selection criteria are “racially exclusionary” and biased in favour of whites.

“The continued administration of South African rugby by both (Mbalula and Saru) … constitutes an affront to the values of the Constitution; that their collective dismal failure to change and transform rugby … should be regarded as an aberration, gross mismanagement, incompetence and ineptitude that should attract the severest of sanctions possible.”

Mbalula released a lengthy statement on the Springbok squad over the weekend. In a surprisingly mild-mannered release, the Department of Sport and Recreation said it “realised that there are no short-cuts, neither works (of) fiction nor magical divine solutions to achieve transformation goals”.

It urged South Africans to “join hands” and sing kumbaya for “social cohesion and nation building through sport” (slight paraphrasing). The department also said that “finding realistic and forward looking policies and strategies would yield the desired transformation results in the interest of rugby and safeguarding the interests of all rugby players”.

But as with all things in South Africa, nothing is ever quite that simple. The argument for transformation at grassroots remains a strong and necessary one. There have, however, been a number of concerns raised about team selection. A number of people believe, as ANA does, that white players are given preference over black players based on race, which does go against the section in the constitution that deals with black economic empowerment.

Even so, the legal argument is flimsy. There is no part of the Constitution that mentions quotas. While South Africa does aim to address the wrongs of the past by appointing black candidates who are competent and qualified ahead of white candidates, it will be difficult to prove in this case.

Cape Town attorney Michael Bagraim told the Daily Maverick that in this case, the first burden of proof will be on ANA.

“If there is a black player who is of equal strength to a white player, then according to the Constitution the black player does have to be chosen ahead of the white player, but with sport it’s difficult to prove and it will be difficult for ANA to prove because they are not the coach,” Bagraim said.

Where ANA might have a case is if the five black Springboks the Congress of South African Trade Unions claims approached them over a lack of game time were to come forward and provide evidence, beyond the circumstantial, that their game time was cut short based on their race. It seems that ANA’s case is largely built on the squad selection and it’s not likely to result in anything other than a spectacular waste of everyone’s time.

If ANA proceed with going to court they are toeing a dangerous line. Transformation is a serious issue. The discussions around transformation – at all levels – are finally being had more frequently and taken more seriously. However, this move reeks of jumping on the bandwagon in a bid for cheap politicking and risks undermining the discussions dominating the discourse. The severity of transformation issues cannot be denied, but this kind of politicking borders on insulting those fighting hard to break down the transformation barriers and the animosity that surrounds it. DM

Photo: Jesse Kriel (L) of the Springboks is congratulated after scoring a try by team mate Tendai Mtawarira during the rugby test match between South Africa’s Springboks and New Zealand’s All Blacks at Emirates Airlines Park in Johannesburg, South Africa, 25 July 2015. EPA/NIC BOTHMA.