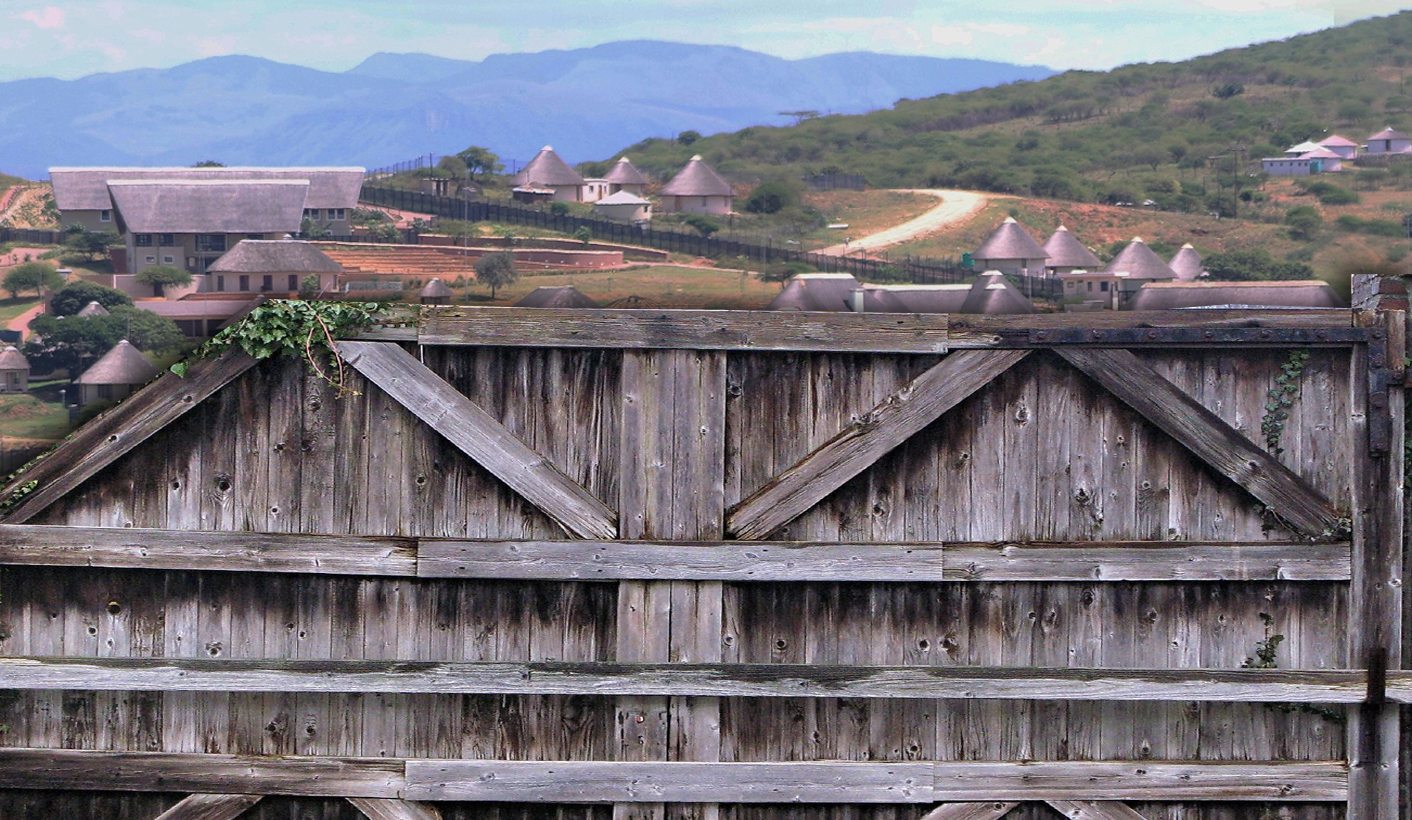 Despite a series of impassioned speeches from opposition parties, Parliament’s ad hoc committee report into the police minister’s Nkandla report was rubber stamped by the National Assembly without difficulty. That means Parliament has effectively agreed that President Jacob Zuma should not pay back any money spent on security upgrades at his homestead. For those still hoping for the opposite outcome, the courts will be the only recourse. By REBECCA DAVIS.

Nobody should be surprised that Parliament gave its ad hoc committee’s Nkandla report the stamp of approval. With the ruling party’s numerical majority in the National Assembly, any other outcome was unthinkable.

Nonetheless, that didn’t stop opposition parties appealing to the consciences of the MPs on the other side of the chamber, asking them to vote against the adoption of the report.

“Do the right thing, just this once,” urged the Democratic Alliance’s (DA’s) Glynnis Breytenbach. “You might actually enjoy it.”

If the African National Congress (ANC) MPs voted in favour of the report, “history will record who betrayed this beloved country”, threatened the Congress of the People’s Deirdre Carter.

“Be true to yourselves and say no to this report,” the African Christian Democratic Party’s Steve Swart pleaded with his ANC counterparts.

These stirring appeals were in vain. When the final votes on the report were counted, those in favour stood at 198 and those against at 93, with zero abstentions. Clearly, it wasn’t a day on which anyone was breaking ranks.

The debate on the Nkandla report began fractiously, with the Economic Freedom Fighters’ (EFF’s) Floyd Shivambu arguing that the consideration of the report could not be undertaken because the matter was sub judice – since the EFF has approached the Constitutional Court about it.

The EFF was attempting to exploit the common use of the sub judice rule as a way of shutting down debate in Parliament, despite the fact that the EFF have complained in the past about the ANC’s use of the legal concept.

Last year, the EFF’s Mbuyiseni Ndlozi called the invoking of sub judice by Communications Minister Faith Muthambi “basic hogwash”, and charged that it was part of a “game” being played in Parliament that was “growing like a cancer in the government”.

But apparently political parties’ view on sub judice changes with the weather. Just last week, Speaker of the House Baleka Mbete ruled that the issue of Sudanese President Omar al-Bashir leaving the country without being arrested could not be discussed in Parliament because it was sub judice.

On this occasion, however, Shivambu’s invoking of the rule fell on deaf ears. Mbete, who was absent for the debate, had prepared an argument read out by Deputy Speaker Lechesa Tsenoli on why the sub judice rule was not applicable in this case. The ANC’s Naledi Pandor pointed out that although the EFF might have filed papers on the matter, it has not been considered by a court yet, and as such it cannot be said that there is a “judicial decision pending” on it.

Shivambu responded by saying that the subsequent debate was “illegal” and “unconstitutional”, so the EFF would not be participating. The party had also refused to participate in the business of the ad hoc committee which drew up the report.

The ANC’s Cedric Frolick, who chaired the Nkandla committee, briefly explained its work and findings to the National Assembly: in short, he said the relevant government departments should ensure disciplinary proceedings were speedily concluded against officials who had abused the Nkandla security project; and that the reports drawn up by the police and public works ministers be adopted. He also hinted at the possibility of further spending on Nkandla, saying it was vital that security not be compromised.

Breytenbach scoffed at the notion that the police minister would ever produce an objective report on Nkandla, given that he served at the pleasure of the president. All the opposition parties which took to the podium during the debate similarly rejected the report. The decision of the committee not to call Public Protector Thuli Madonsela to testify before it came in for particular criticism from the opposition. The Inkatha Freedom Party (IFP) said Madonsela was “vilified” by the committee.

“The ANC – the mighty liberation movement – is scared of one woman,” the Freedom Front Plus’s Corne Mulder said of Madonsela.

The ANC’s Francois Beukman hit back by saying that the recommendations of the public protector (in this instance, that President Jacob Zuma should repay a portion of the money spent on Nkandla) were not binding. The IFP’s Narend Singh said his party would be eagerly awaiting the conclusion of the Supreme Court of Appeal case brought by the DA in which clarity on the public protector’s powers is expected to be delivered. That ruling is due in September.

Opposition party MPs were also united in agreement that Zuma had indeed “benefited unduly” from the security upgrades to his homestead, despite denials in the ANC-sanctioned reports.

As ever, the Nkandla firepool came in for the most derision. Querying why a firefighting mechanism would need a shallow end and a deep end, Mulder suggested: “Shallow end for small fires, deep end for big fires?”

Acting as the ANC’s sweeper for the debate, MP Mmamoloko Kubayi argued passionately that the public had been fed a “fiction” about Nkandla. The committee’s visit to Nkandla had revealed that R246-million had clearly not been spent on the project. There was “no comfort let alone security” on a level befitting a sitting head of state, Kubayi said.

“Where is the opulence we were informed of?” she asked. If the president loved luxury so much, why didn’t he move into the far more luxurious home at his disposal in Pretoria? South Africans had been told by the DA that even cows and chickens at Nkandla were living better lives than ordinary South Africans. In fact, Kubayi said, the Nkandla cows and chicken were living lives which were completely ordinary to anyone who raised livestock.

The entire narrative around Nkandla, Kubayi said, was a “deliberate attempt to discredit ANC leadership”.

Ultimately, Mulder suggested, the truth will be found “where the ANC does not have a majority – perhaps in the courts”.

And the courts are indeed where the matter is headed. DA leader Mmusi Maimane confirmed after the debate that the DA will be filing papers in the Western Cape High Court on Wednesday.

A day before the debate, DA federal chairman James Selfe told reporters that lawyers had advised the party only to consider the legal route once all internal remedies had been exhausted. The parliamentary channels are clearly now felt to be at a dead end.

The chances of the DA’s legal challenge meeting with success, however, seem remote. Law professor Pierre de Vos described their prospects on Twitter as “very, very slim” due to the courts’ customary reluctance to interfere with the business of Parliament. De Vos suggested the DA would be better off focusing on the legal validity of Zuma’s decision not to implement the public protector’s recommendations on Nkandla.

For now, however, it’s the end of the road for Nkandla in Parliament. When the report had been passed on Tuesday, ANC ranks quickly emptied out – despite the fact that what followed was arguably a more important debate on the economy. Let’s hope Parliament remembers how to go about its business without the shadow of Nkandla dominating the stage. DM