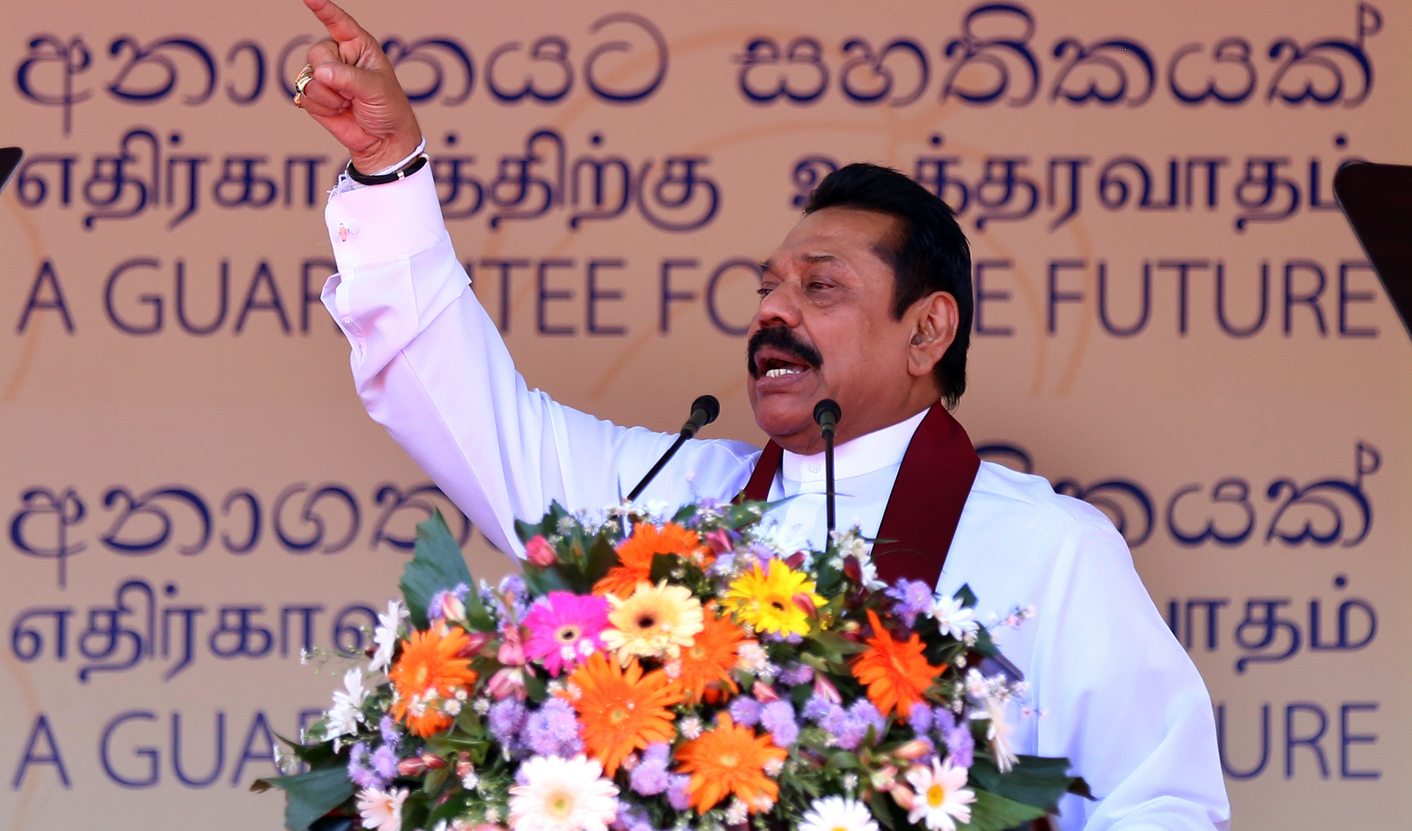 Hopes of a democratic renaissance in Sri Lanka have dimmed after President Maithripala Sirisena’s failure to take control of his Sri Lanka Freedom Party prevented deeper reform after six months of notable achievements and allowed former president Mahinda Rajapaksa and his supporters to mount a comeback. With Sirisena opposing Rajapaksa’s return, the August 17 parliamentary elections will test the continued appeal of the former president’s hardline Sinhala nationalism and provide the chance for a fresh start to find lasting solution to the country’s social divisions. By INTERNATIONAL CRISIS GROUP.

Six months after Maithripala Sirisena’s stunning defeat of president Mahinda Rajapaksa raised hopes for a democratic renaissance, the complexities of partisan politics, and Rajapaksa himself, have returned to centre stage. Sirisena’s initial months with a minority government led by the United National Party (UNP) have opened important political space: robust debate and criticism have replaced the fear under Rajapaksa, and important governance reforms have been made, but much remains undone. Through its initial steps on reconciliation, the government set a more accommodating tone on the legacy of the civil war and the ethnic conflict that drove it. But divisions within the government and Sirisena’s failure to take control of his Sri Lanka Freedom Party (SLFP) prevented deeper reform and allowed Rajapaksa and his supporters to mount a comeback. With Sirisena opposing Rajapaksa’s return, the August 17 parliamentary elections will test the continued appeal of the former president’s hardline Sinhala nationalism and provide a chance for the fresh start needed for a lasting solution to the country’s social divisions.

Sirisena’s first six months saw notable achievements before they ran out of steam in June. Most important was parliament’s passage of the 19th amendment to the constitution in April. Largely fulfilling the central pledge of the joint opposition campaign, it considerably reduced presidential powers and established independent oversight commissions. Though the original draft was watered down, the amendment is a welcome move away from authoritarianism and could assist in re-establishing the badly-damaged rule of law. As promised in their election manifesto, Sirisena and his UNP partners also launched scores of investigations into alleged major fraud and abuse of power by officials of the former government. While the unprecedented scale of the anti-corruption drive raised public expectations, the lack of indictments thus far has fed rumours of backroom deals and growing doubts that the institutional and political obstacles to effective prosecutions can ever be overcome.

The bright hopes of the government’s initial months were increasingly tarnished by unclear, ad hoc policies, frequently contradictory policy statements and missed deadlines for pledged reforms. As parliamentary elections, originally promised for June, were postponed, the coalition that elected Sirisena began to fragment. While the UNP and smaller parties urged him to dissolve parliament and hold elections after the 19th amendment was passed, he spent months trying and failing to win over the SLFP, whose nominal leadership he assumed after winning the presidency, following a decade of Rajapaksa at its helm.

The SLFP, which has a large majority in parliament, resented Sirisena’s unprecedented experiment with a “national government” dominated by its arch-rival UNP. Many SLFP parliamentarians remain loyal to Rajapaksa; others see the former president as the party’s best chance to retain its majority in the next parliament, given his popularity among Sinhala voters. After months of resisting Rajapaksa’s selection as the prime ministerial candidate of the SLFP-led United People’s Freedom Alliance (UPFA), lack of support in the party forced Sirisena to yield in early July.

Sirisena has since made it clear he opposes Rajapaksa’s candidacy and will not appoint him prime minister, even if the UPFA wins an unlikely majority. The former president’s opponents within the SLFP, along with smaller parties, have joined a new version of the UNP-led coalition that brought Sirisena victory in January, now re-energised by the threat of a Rajapaksa comeback. With the UPFA arguing that the UNP threatens national security and supports Tamil separatism, the election will test the strength of Rajapaksa’s brand of Sinhala nationalism, as well as the depth of public concern over corruption and abuses of power. Even if he cannot become prime minister, Rajapaksa’s leadership of a large Sinhala nationalist bloc in parliament could make it harder for a UNP-led government to act as promised on reconciliation and accountability.

The Sirisena-UNP government set a new, less Sinhala triumphalist tone on ethnic issues and took some steps for reconciliation: releasing a number of Tamil political prisoners and limited amounts of military-occupied land in Tamil areas, while reducing the presence, though not size, of the military and its involvement in governing the north and east. Despite growing frustration among many Tamils, larger moves have been put off until after elections, as has action on alleged war crimes by both the military and the defeated Tamil Tigers. The government promises a credible domestic inquiry that meets international standards, but doubts about its willingness and ability to tackle institutionalised impunity and prosecute war crimes are widespread and well founded. Successful prosecutions require significant legal and institutional reforms and management of resistance from military leaders and nationalist parties.

The United Nations (UN) Office of the High Commissioner of Human Rights (OHCHR) is due to deliver its long-awaited war crimes report to the UN Human Rights Council (HRC) before it meets in September. At that session, the newly-elected government should commit to the legal reforms needed to effectively prosecute serious human rights violations suffered by all ethnic communities, including war crimes; to pursue prosecutions with adequate witness protection and international involvement; and to consult widely with victims, survivors and community groups on its longer-term programme of transitional justice, including a possible truth commission. To be effective, these processes will require consistent international scrutiny and participation, including OHCHR assistance to investigations and continued monitoring and reporting to the HRC.

The parliamentary elections offer voters the chance to renew the mandate for change they gave Sirisena and the UNP in January. A strong showing by the Rajapaksa-led UPFA, however, would complicate the president’s plans to form a broad-based “national” government between the UNP, smaller parties and the reformist wing of the SLFP and present obstacles to further progress on much-needed governance reforms and reconciliation. Sri Lanka’s chance to finally start on the road to a sustainable resolution of the country’s decades-long ethnic strife, including a negotiated political settlement, depends on the outcome. DM

Photo: Former Sri Lankan President Mahinda Rajapaksa speaks to supporters during an event to release the United People’s Freedom Alliance election manifesto for the upcoming general elections with the theme ‘A Guarantee for the Future’ at a ceremony held at the Edward Henry Pedris Grounds in Colombo, Sri Lanka, 28 July 2015. Months after a surprise loss at the polls, former Sri Lankan president Mahinda Rajapaksa on 01 July had announced his return to politics, citing ‘demands made by his party supporters.’ Rajapaksa who was defeated in the last Presidential election is now leading the polls campaign for the 17 August general elections on behalf of the Sri Lanka Freedom Party led United People’s Freedom Alliance. EPA/M.A.PUSHPA KUMARA