Cricket: Dale Steyn on the verge of joining elite club...

Cricket: Dale Steyn on the verge of joining elite club of bowlers 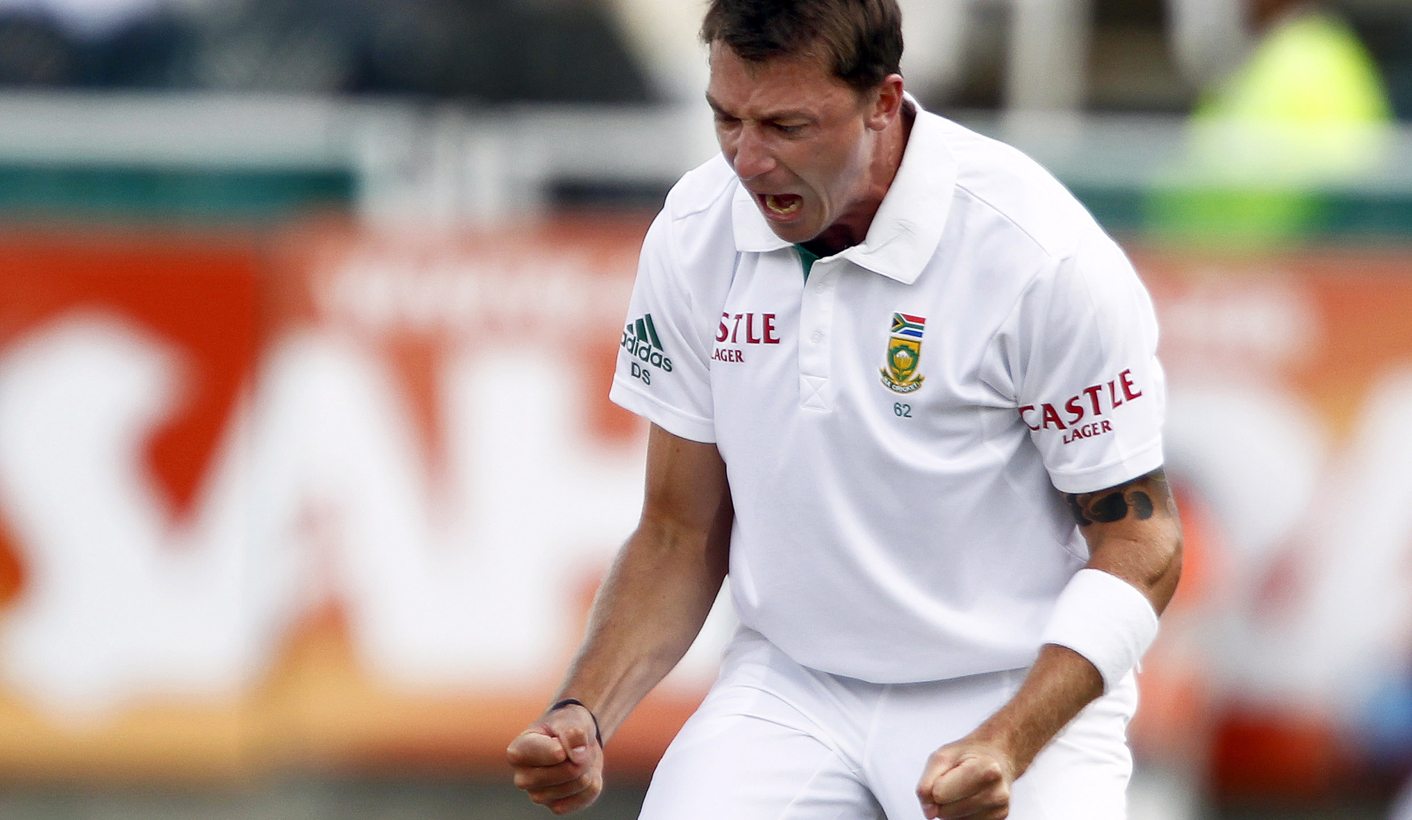 By the time you are reading this, Dale Steyn might have already joined that elite club of 400 Test wickets. He will be just the second South African bowler to reach the landmark and if his greatness was ever in doubt, this feat should cement it. By ANTOINETTE MULLER.

By the time you are reading this, Dale Steyn might have already achieved what very few others have: taken 400 wickets in Test cricket. Steyn is just one off the magical mark and will become just the second South African (after Shaun Pollock) to reach this milestone should he take that final stick in the second Test between SA and Bangladesh starting in Dhaka on Thursday.

Forcing your body to contort into such odd sequences for over a decade is one thing, but what makes Steyn’s looming achievement even more remarkable is his strike-rate. Steyn’s strike-rate is by far the most impressive out of the other 12 bowlers to have taken 400 wickets. It sits at 41.6, meaning he takes a wicket almost every seventh over. Sir Richard Hadlee is next on the list at 50.8.

While strike-rates do tend to increase slightly as careers start to wind down, Steyn’s Test match numbers are pretty impressive on their own. In his 79 Tests to date, he has only gone wicketless in two Tests (against India in Johannesburg in 2006 and against the West Indies in Port Elizabeth in 2014). Greatness is often a subjective term in sport and far too many factors influence records.

Everything from conditions and opposition to weather and where Tests are play influence outcomes. But even when that is considered, Steyn remains close to a statistical anomaly. His consistency is unparalleled in the modern era. He has never gone more than three Tests without picking up four wickets in a match. He went three Tests without a four-for, but that was at the start of his career. Since then, he has never gone more than two Tests without taking four wickets.

Comparing Steyn to modern day players is easier, because they all play the same teams, largely against the same players and most crucially under the same conditions. But where things become interesting is when you start comparing players like Steyn to players from back in the day.

Hadlee, perhaps Steyn’s closest rival in the 400 club, had a similar record. He went his first three Tests without picking up three wickets and went wicketless on just four occasions.

Even when compared to legends of the past, like Michael Holding and Curtly Ambrose, Steyn’s record is still impressive.

In an era in which an average of 800 runs were scored per Test, Holding averaged 23.68. In an era where over 1,000 runs are scored per Test, Steyn averages 23.79. Such a comparison speaks volumes about his ability, his consistency and his incredible talent.

Similarly, Ambrose went without wickets on six occasions in 98 Tests in his heyday. On three occasions he went four Tests without picking up four wickets or more, and he once went five Tests without four or more.

Hadlee has more five-fors (36 compared to 25) and 10-fors (nine compared to five) and a better economy rate (2.63 compared to 3.25) from his 86 Tests compared to Steyn. While Steyn might not catch him up before he reach his 86th Test, Steyn is arguably the best bowler SA has ever had. It will be some time yet before SA is blessed with another bowler as consistent as Steyn has been.

While he might no longer be as consistently aggressive as he was early in his career, the fire in his belly isn’t going to die down any time soon. DM