Congolese ivory kingpin wriggles out of yet another arrest 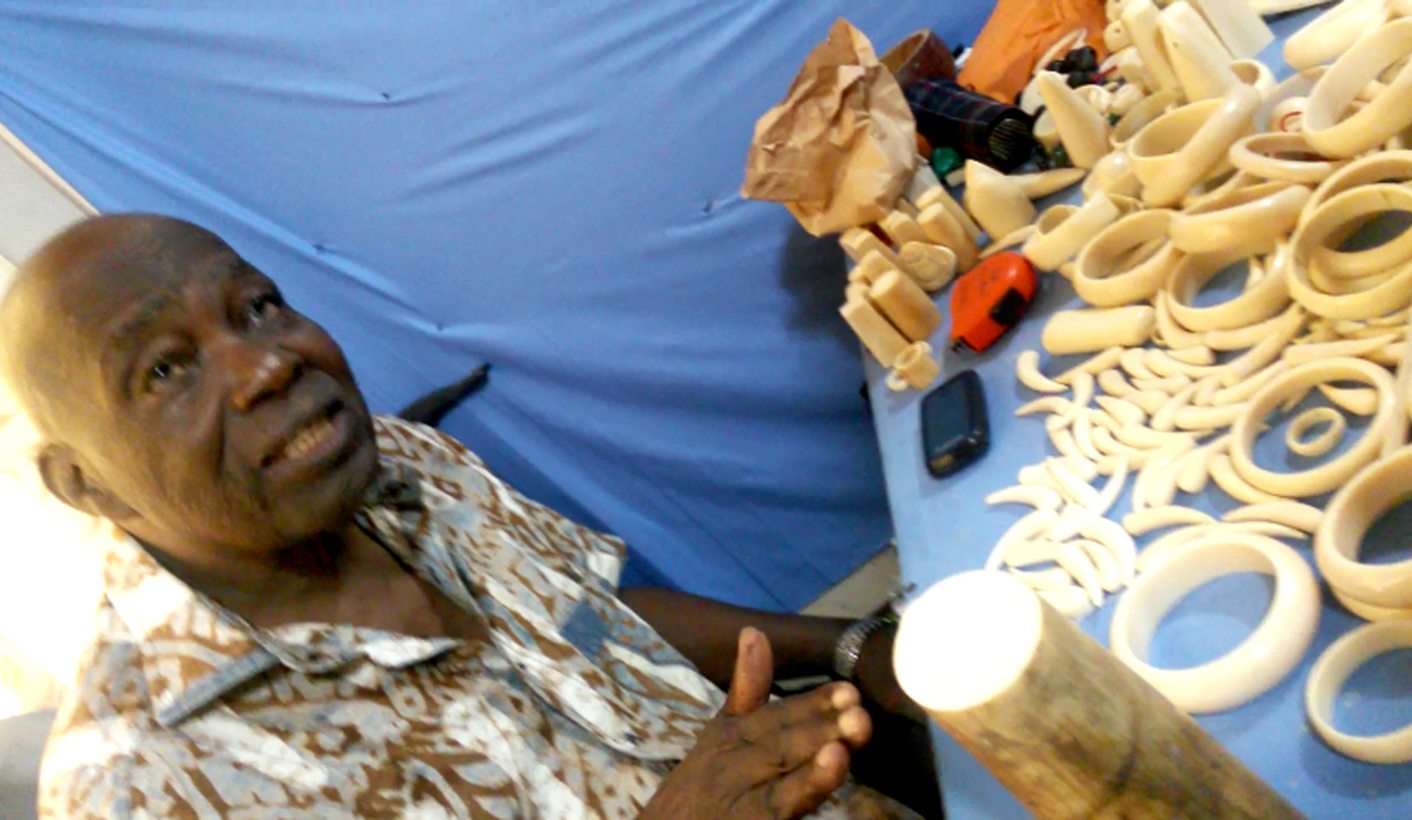 The video is shaky having been secretly captured. But the image of the table full of polished ivory artifacts and the merchant sitting behind them is clear. “How much?” asks the undercover agent, holding up a small ivory bracelet. Following a brisk response, the merchant reaches out a hand weighed down by a flashy, gold watch... $80 is exchanged for the life of an elephant. NAFTALI HONIG reports.

Soon after the ivory purchase, the police force burst in on the scene in this Brazzaville manor home. A scuffle ensues and the final image of the video is that of a hand flying towards the camera. An hour later François Ikama, the man caught red handed commercialising an extensive supply of processed ivory goods, left the crime scene a free man.

This is the demoralising story of Ikama’s latest arrest, which took place on the 12 March 2015 in the Republic of Congo. He should have gone straight to jail from the crime scene to await trial, but he was released on account of his connection with an ex member of parliament, his son, whose role in Congo’s civil war strikes fear into the hearts of police officers.

The events are all too familiar for the environmental activists of the Project for the Application of Law for Fauna in the Republic of Congo (PALF) that has tried to bring him to book. This is the third time in seven years this Congolese ivory trade kingpin has been caught red-handed: first in 2008, then in 2013, then again in 2015. Every time they have the same modus operandi – peddling influence via Ikama’s son, Marien Ikama. He showed up within minutes this time with several of his gangsters who proceeded to fight with officers of the law. Insult and injury.

On 25 June 2015, when brought before Brazzaville’s high court as a repeat offender for the commercialisation of the trophies of a protected species, Ikama’s file was cancelled on a technicality. The Ministry of Forestry and sustainable Development in charge of wildlife hadn’t been the complainant, as they legally should have been. Instead, the court had registered the case as if PALF activists had submitted it, making it more easily dismissible. Another file was opened at the request of the police, qualifying the mafia-style attack on them as ‘rebellion’. But the court system seems as reticent to prosecute as the forest ministry.

The ivory items found in Ikama’s house at the time of his arrest showed that he turns over a lot of tusks. It seems that Ikama is not only selling ivory goods from his home, but is supplying many of the smaller ivory traders in Brazzaville’s artisan market.

Last month Jean Cisse Papa, a Cameroonian vendor in the market, was arrested with a bundle of ivory jewelry – an assortment of rings, necklaces and cigarette holders. He’s a little fish at the end of the chain who buys small amounts of processed ivory from a middleman for resale. He will be convicted and has not left jail since his arrest as he is unable to post bail at five million CFA (over $8,500).

On the other hand, when Ikama’s home was searched earlier this year, plenty of ivory was found. The sniffer dogs picked up bits of ivory in every direction – the hallmark of a vertically integrated trafficker buying, transforming and carving of ivory. He remained free.

The Congo’s government has made several statements voicing its commitment to conserving the country’s natural heritage. However on the ground, cases such as Ikama’s are far too prevalent, raising serious questions about the nature of that commitment. Using genetic tracing from confiscated ivory, a study in Nature pinpointed the hotspots of ivory poaching in Africa. Two key supply zones were southern Tanzania and central Africa with an epicentre in the Republic of Congo.

Although the Congolese government appears to be backing conservation, the true story is a tale of corruption, officials afraid to bring powerful people to task and plummeting elephant numbers. DM