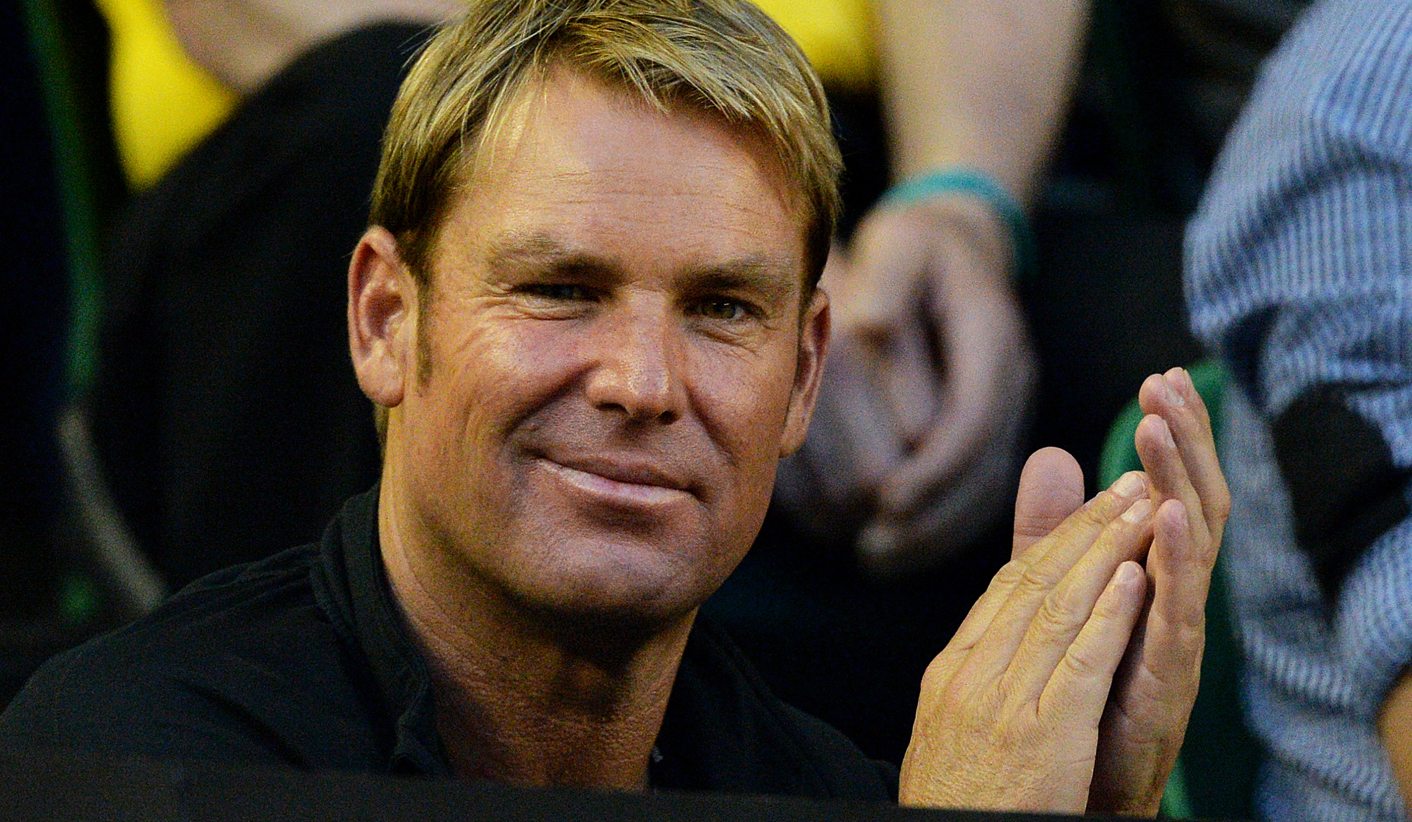 Shane Warne has confirmed that he and Sachin Tendulkar are looking to launch an all-star, globetrotting T20 league which will begin in America later this year. By ANTOINETTE MULLER.

For the uninitiated, cricket probably isn’t something that you immediately associate with the United States of America. But there are more than 600 cricket fields in the states and an estimated 60,000 students play the game. Many of the cricket watchers and players in the States are expats, but those communities have spread the gospel to some American locals. It’s no surprise then that Shane Warne has announced an ambitious plan to take cricket to America.

The former Australian bowler confirmed this week that he has booked out three big baseball grounds in the States to play host to his globetrotting T20 league. The Yankee Stadium in New York, the Dodger stadium in Los Angeles and Chicago’s Wrigley Field have all been confirmed as venues for the Legends T20 Cricket League.

“At this stage, we’ve booked three stadiums, (Chicago’s) Wrigley Field, (New York’s) Yankee Stadium and (Los Angeles’) Dodger Stadium. We’re going to have Bollywood theme nights and it’s all shaping up pretty well. We’re looking at ourselves as a Formula One team. Myself and Sachin (Tendulkar) had an idea why not take cricket to America and be the Harlem Globetrotters, go around and do free exhibitions at schools… help grow the game of cricket (in a country where there are already) 45 teams in LA,” Warne told News Ltd.

This kind of thinking contradicts the International Cricket Council’s own ideas of making cricket a truly global game. The push for cricket to be included in the Olympics has been stalled and the next edition of the World Cup is going to be more of an ICC invitational, reduced to ten teams. Yet Warne and Tendulkar recently held a meeting with ICC chairman N Srinivasan and chief executive Dave Richardson for the formal go-ahead for the league.

The current proposal will see a number of matches held across the world for the next three-and-a-half-years. Hong Kong and Singapore are also on the list of venues for the T20 roadshow, although venues and dates for these matches are still to be confirmed. The ambitious project will encounter a few problems, though. As it stands, the American games are schedule for November, a time of the year that can see snow in some parts of the States, not exactly the kind of conditions associated with cricket. Despite the challenges from the elements, the league has already captured the signatures of a number of cricket greats, including Glenn McGrath, Rahul Dravid, Jacques Kallis, Adam Gilchrist, Sourav Ganguly, VVS Laxman, Brian Lara and Wasim Akram.

“We’ve signed around 28 players who have all said, ‘If you and Sachin are doing it, we’d like to do it as well’,” Warne said. “We’ve got all the players you’d want to see from the past 20 years. Part of the all-stars idea is we go around and the people who haven’t had the opportunity to see these guys play over the years, because they’re based in the States, can come.”

The irony won’t be lost on anyone. T20 is the format of the game which is supposed to draw a younger crowd, yet this tournament will feature players whose average age will be over 40. Still, Warne’s reasoning that it is a potential vehicle for growth is sound. Whether the old bones of some of the retired greats will be able to hold up to the challenge will remain to be seen, though. It will also be a useful supplementary income for the retired players, with up to US$25,000 a match expected for those who sign up. Just as seniors tours in golf and tennis have paid off, this globetrotting league could become a similar draw card for sponsors, new fans and untapped markets.

Warne and Tendulkar won’t be the only ones attempting such a league, though. Earlier this month, a similar tournament was launched in Dubai. The tournament will be played in the United Arab Emirates in February next year and will also feature the likes of Gilchrist, Lara, Kallis and Akram. The difference is that the Masters T20 tournament will take place over two weeks in one location, whereas Warne and Tendulkar’s league will be taken around the world.

With the ICC’s reluctance to expand cricket, it will be interesting to see whether their minds are changed should this tournament draw big crowds and, more importantly, lucrative sponsorship. DM