AU Summit preview: Separating the news from the noise

AU Summit preview: Separating the news from the noise 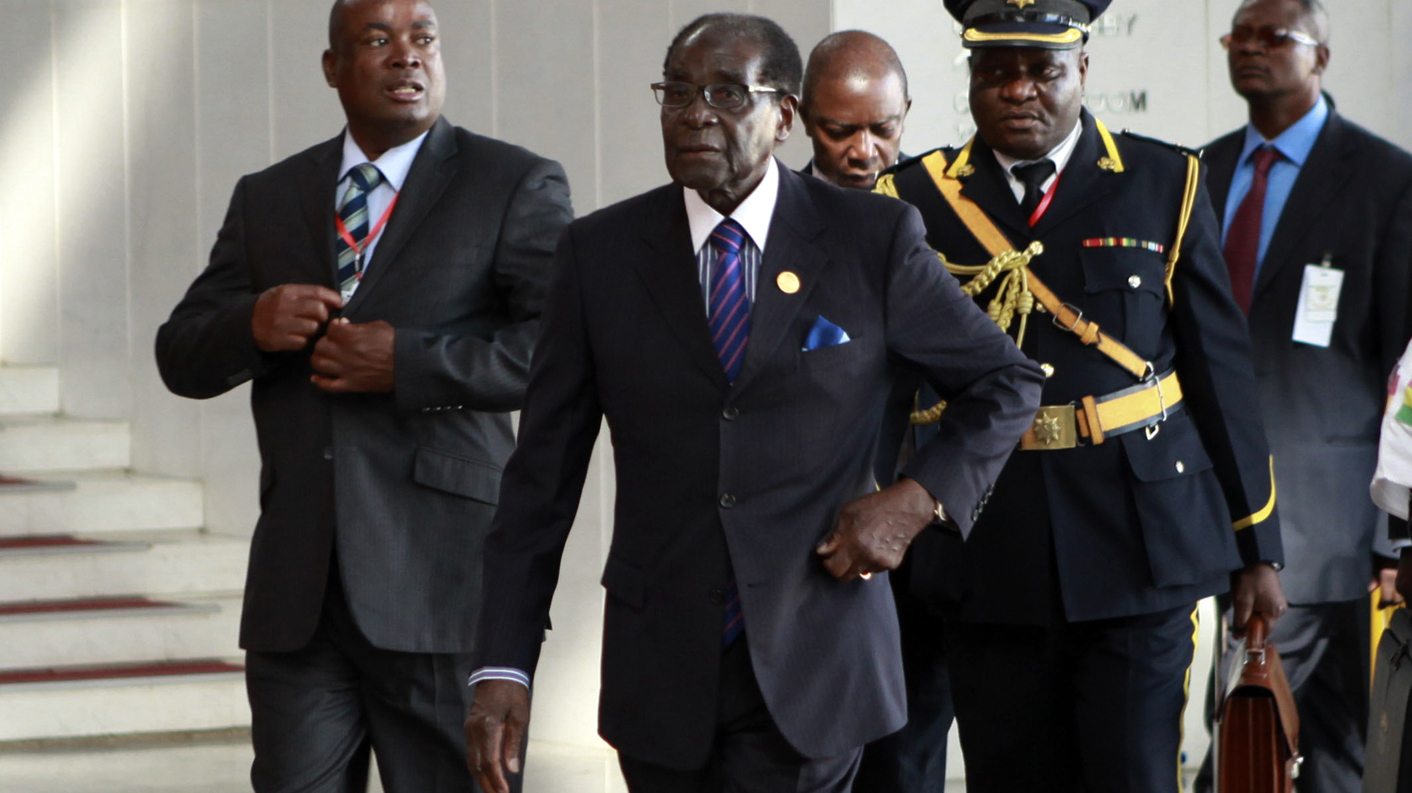 It’s Johannesburg’s turn to host the bi-annual African talk shop, and there is certainly plenty to talk about. SIMON ALLISON takes a look at what the continent’s leaders will be discussing, both on and off the official agenda.

This week, presidents and ministers and a host of assorted bigwigs are gathering in Johannesburg’s Sandton Convention Centre to eat, drink and be merry – and, if we’re lucky, to put some of this continent’s many wrongs to rights. It won’t be easy. Each of Africa’s 54 countries bring their own agendas to the table, even though the official agenda is jam-packed already. Separating the news from the noise will be a full-time job in itself, and that’s without the inevitable distractions of being in Africa’s Richest Square Mile (although Sandton’s prosperity, and the vast inequality it represents, should serve to concentrate minds).

Despite plenty of lip service, not a lot of time is likely to be devoted to the summit’s wordy theme, ‘Year of Women Empowerment and Development towards Africa’s Agenda 2063’. Instead, the serious discussions – many held behind closed doors – will focus foremost on peace and security issues, with a healthy dollop of the usual trade and integration chatter. Here’s what you need to watch for:

What kind of reception will Pierre Nkurunziza receive?

Burundi is a complicated issue for the AU. On the one hand, and despite what the cynics may say, Africa is becoming more democratic. Elections are now the norm rather than the exception, and it is becoming harder and harder for presidents to sit tight in office (Burundi, Burkina Faso and Nigeria are all very recent examples of this). There is a faction within the AU – vocally led by South Africa – that wants to outlaw third terms entirely. “This business of us agreeing to serve two terms, only to realise ten years is too short, is a problem,” said President Jacob Zuma last week.

But too many African presidents are serving their third or fourth or fifth terms – including this year’s AU Chairman, a certain Robert Mugabe – for this movement to gain much traction. Nonetheless, even the dinosaurs will be unimpressed that Burundi’s President Pierre Nkurunziza has defied the AU-brokered peace deal and chosen to run for his third term. Not only does it embarrass the AU, and bring its ability to enforce its own peace deals into question, but it also brings the whole issue of term limits under the continental spotlight once again. There are still too many leaders who don’t look so good under that particular spotlight.

So Nkurunziza is unlikely to receive a warm welcome. The real question, however, is whether the AU will decide to take any real action against him; and, if they do, how exactly they intend to enforce their decisions.

Who’s in charge of the South Sudan peace process?

South Sudan is in such a mess that even the would-be peacemakers are squabbling amongst themselves. Forget about solving the conflict: first, the African Union has to put an end to the entirely counter-productive infighting between Ethiopia, Kenya and South Africa over who should lead the mediation process. Each country is pushing for different and incompatible solutions, and each has their own cheerleaders among South Sudan’s various warring parties. As it stands, the uncertainty among the peacemakers is likely to make things worse, not better. The AU, probably through its Peace and Security Council, needs to pick a lead mediator and let them get on with it, before it’s too late.

Can the AU afford to get involved in Libya?

Naturally, as the continental body, the AU wants to have its say all over the continent. But the conflicts are many, and the AU’s resources (both financial and personnel) are tiny. It simply cannot afford to deal with all of Africa’s problems at once. Instead, it must work out where it can make the most difference, and decide on a list of priorities.

Libya is likely to be at the bottom of that list. Not because it doesn’t need help, but because there isn’t all that much the AU can do. With no credible, legitimate government and plenty of heavily-armed militia groups competing for power, where does the AU even start? Complicating things further from the AU’s perspective are the international interests at play. With both Nato and the European Union looking to play a greater role in Libya, the AU might just decide to leave the heavy lifting to someone else.

Will ACIRC survive the AU Summit?

Word on the diplomatic grapevine is that it’s the end of the road for the African Capacity for Immediate Response to Crises (ACIRC). This is Zuma’s baby: a continental rapid response force which could be deployed anywhere in Africa at 14 days’ notice. But other major powers, especially Nigeria, have always been suspicious of South Africa’s enthusiasm for this project, and want to put resources into getting existing structures up to speed: specifically, the Rapid Deployment Capability of the African Standby Force, which was conceived long before ACIRC was forced into existence.

If ACIRC is scrapped, it will be a humiliating blow for South African foreign policy, which had invested a lot of diplomatic capital (not to mention cold, hard cash) into making ACIRC a reality. But it does make sense: Africa needs one rapid response force that works, not two that effectively compete for the same limited resources.

Will anyone mention the X-word?

It’s not on the agenda, and it’s an uncomfortable subject for the host country, but surely someone will be brave enough to talk about xenophobia and Africa’s treatment of migrants and refugees. If they were smart, South Africa would take the lead.

According to the PSC Report: “The summit will be an occasion for the South African government to explain its position and indicate what steps are being taken to prevent these incidents from happening again. ‘It is impossible for them not to discuss xenophobia,’ a high-ranking AU diplomat told the PSC Report in Addis Ababa.”

Free Trade in our lifetime?

The Continental Free Trade Agreement (CFTA) – a free trade area for the whole continent – has been a long-held dream for visionaries who see freedom of goods and movement as a vital cog in Africa’s development. This week, in Egypt, a major step towards that is likely to be launched in the form of the Tripartite Free Trade Agreement, which unites Comesa, SADC, and the East African Community to create a common market across half the continent. The AU’s Trade Commission is very excited about this development, and with reason: with half the job done, bringing the other half on board becomes that much easier. Behind the scenes at this summit, expect some very preliminary negotiations to this end. DM