Op-Ed: A crucial moment to protect peace in Burundi 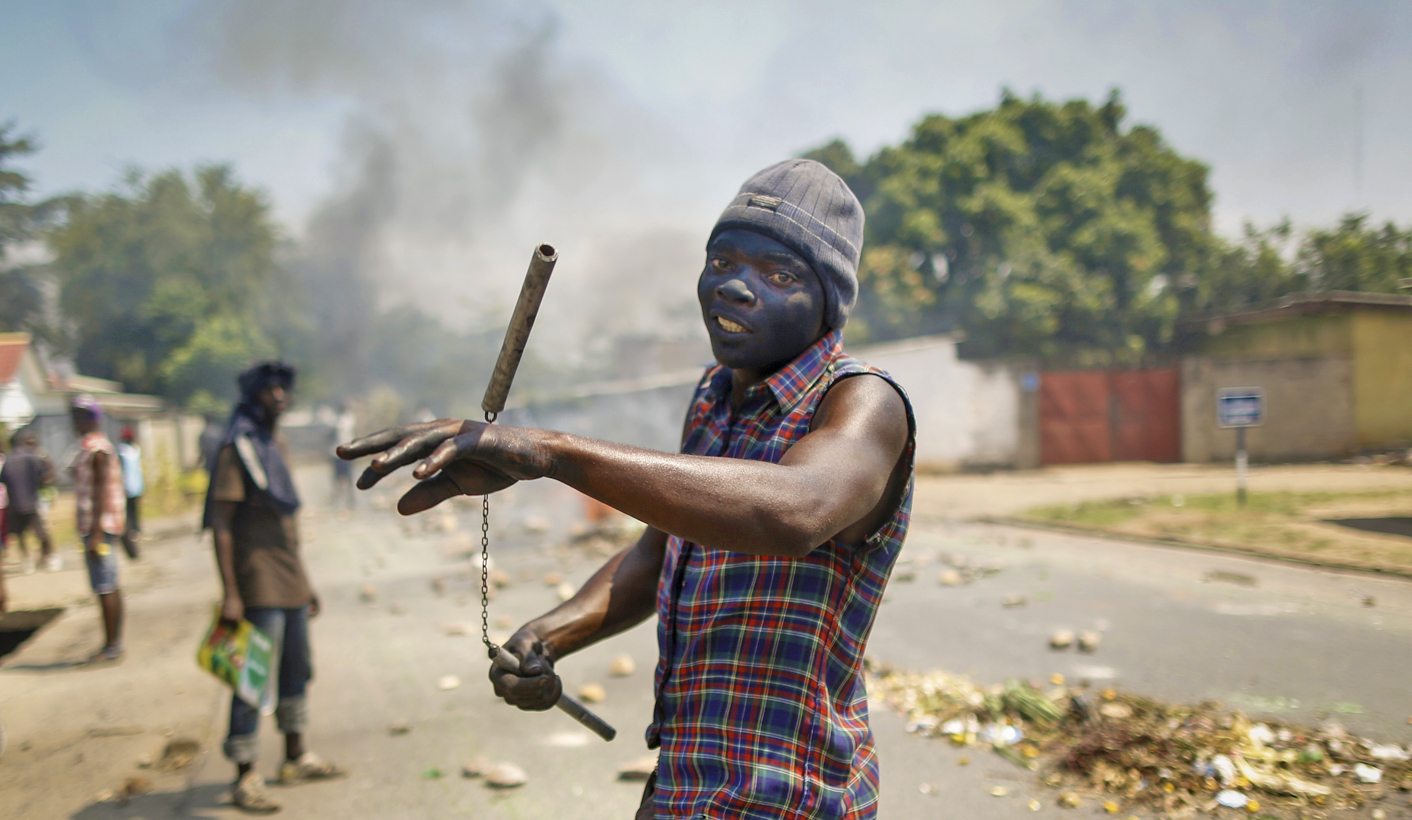 Fifteen years ago, as secretary general of the Organisation of African Unity, I bore witness to a historic peace agreement in Arusha, Tanzania, heralding peace for Burundi after 10 gruelling years of civil war. With Nelson Mandela at my side, I witnessed the dawn of a new era for a country beset by conflict and in a region shaken by genocide in neighbouring Rwanda, writes DR SALIM AHMED SALIM.

I fear hard-earned peace in Burundi is under imminent threat. An attempted coup d’état last month is the latest indicator that peace in the country is once again teetering on the brink. Immediate measures need to be implemented to de-escalate the situation, or the country could descend into civil war once again.

If there was ever a time for President Pierre Nkurunziza and his government to display courageous leadership, it is now. For the sake of all Burundians, we need them to commit to restoring the unity of the country through dialogue and take a series of concrete steps.

First, the President must acknowledge that the political and security conditions do not currently exist for peaceful, credible, transparent and inclusive elections. Creating these conditions must be the priority of the government and the international community.

Second, the government needs to prove its commitment to democracy by respecting the basic freedoms of assembly and expression. Protestors must not be equated with the putschists that attempted to seize power. Regardless of the rights or wrongs of Nkurunziza’s bid for a third term, Burundians have a right to demonstrate peacefully and voice their opinions without being violently attacked by police.

Third, the government should remove restrictions on the media and Internet. Denying access to information creates uncertainty and further tension. Arbitrary arrests and human rights violations have equally pernicious consequences and are completely at odds with international standards and basic rule of law. Those who have been arbitrarily arrested and detained by police should be released unconditionally.

Finally, the government needs to disassociate with and disband their violent supporters and militants. The ruling party’s youth wing, the Imbonerakure, is a particular cause for concern. Opposition leaders must also rein in violent elements on the protesting side.

The onus should not merely be on Burundi’s government. The international community – in particular the East African community, the African Union, and the United Nations – also have an indispensable role to play in restoring peace to Burundi.

The African Union’s Peace and Security Council issued a strong statement, expressing its determination to impose sanctions against those perpetuating violence, calling for the deployment of human rights monitors and requesting contingency planning for the potential deployment of a peacekeeping mission to protect civilians. These strong commitments must be followed through with action.

To deter further violence, the threat of taking “all necessary measures” against those perpetrating violence must be credible. The AU should therefore request the UN Security Council to establish a sanctions regime for Burundi. Likewise, the deployment of human rights monitors could be a key deterrent against human rights abuses, so negotiations must begin in earnest to have these monitors deployed expeditiously.

The other essential deterrent is accountability. Those who incite or commit acts of violence must know that they will be held individually accountable, regardless of their level or political affiliation. As a State Party to the International Criminal Court, those inciting or engaging in atrocity crimes in Burundi will be at risk of criminal prosecution.

No one should under-estimate what is at stake: a civil war between 1993 and 2005 cost 300,000 lives and displaced one million. Both Burundi’s history and that of its neighbour, Rwanda, has shown the tragic consequences of failing to act when leaders incite or fail to contain violence. In Rwanda, over 800,000 Tutsis and moderate Hutus were killed in a 100-day period in 1994. Beyond the possible human toll, a return to conflict would nullify the Arusha agreement and have destabilising consequences for the entire region. Without co-ordinated international action to de-escalation of the situation, I am fearful for the consequences.

When I proudly bore witness to the Arusha Peace and Reconciliation Agreement in 2000, I shared the hopes of all Burundi that it would be preserved as the country’s foundation for peace. At this pivotal moment in Burundi’s history, I appeal to all parties to commit to meaningful dialogue for the preservation of peace in Burundi and the region as a whole. DM

Dr Salim Ahmed Salim is a former Minister of Foreign Affairs, Minister of Defence and Prime Minister of the United Republic of Tanzania; and former Secretary General of the Organisation of African Unity, from 1989-2001.

Photo: A Burundian protester reacts during an anti-government demonstration in the capital Bujumbura, Burundi, 03 June 2015. The government of Burundi said it will consider the postponement of upcoming elections, following a request made by East African Community leaders during a regional summit held in Dar es Salaam, Tanzania, on 31 May. Protesters, saying that they were disappointed that the East African leaders didn’t ask President Pierre Nkurunziza to give up his bid for a third term, resumed their citywide protests on 02 June. EPA/DAI KUROKAWA