Analysis: As Ethiopia votes, human rights are not the real story 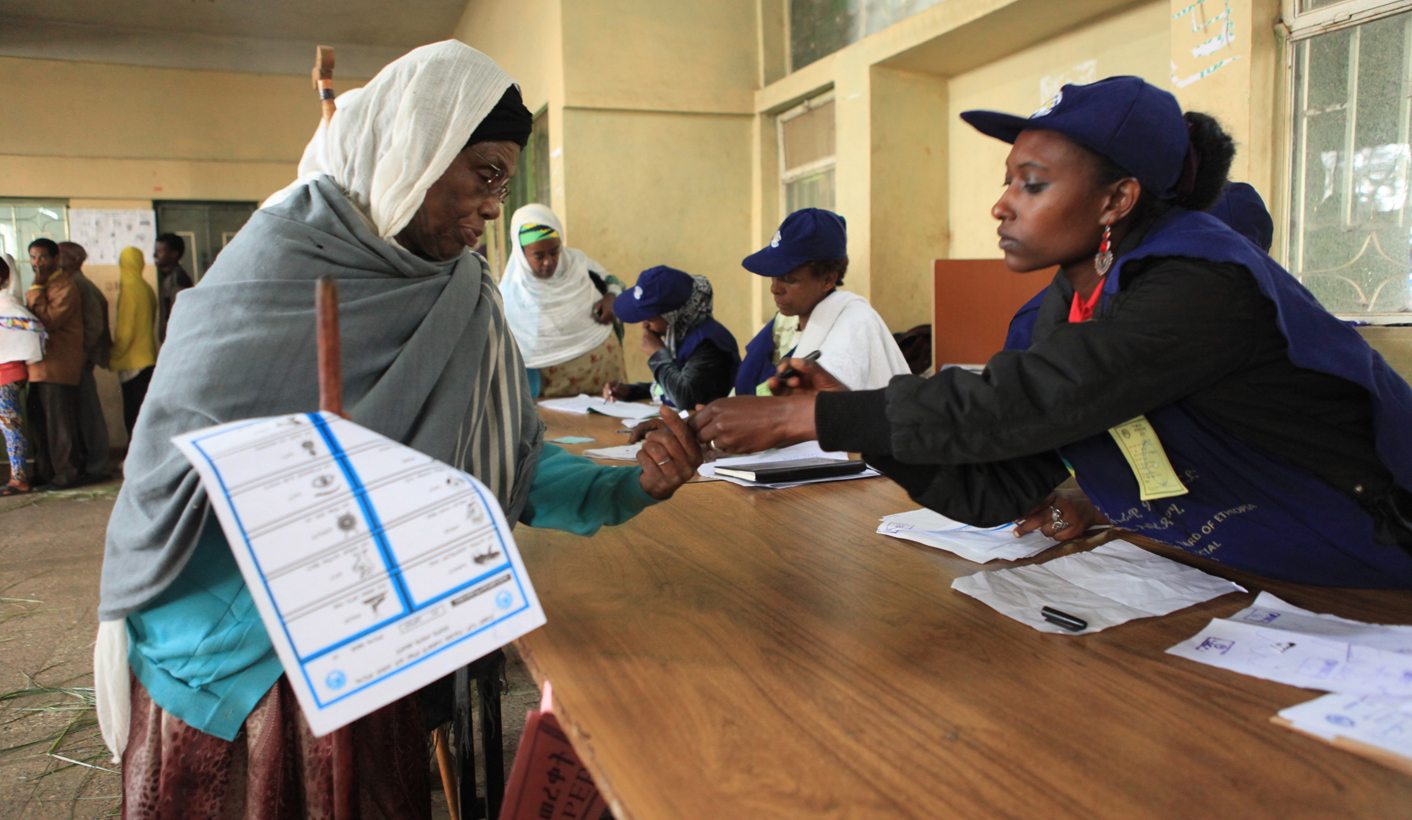 Ethiopia’s elections have been overshadowed by criticism of the government’s human rights record. Fair enough, it’s a poor record. But this kind of one-dimensional thinking misses the point entirely. Far from tearing Ethiopia down, we should be looking at all the things this country is doing right. By SIMON ALLISON.

On Sunday, Ethiopians voted in parliamentary elections that will be won by the ruling Ethiopian Peoples’ Revolutionary Democratic Front’s (EPRDF). The only uncertainty is whether the party will better their showing in the 2010 poll, where they secured an astonishing – and, frankly, suspicious – 99.6% of the seats.

All too predictably, most coverage of the vote has focussed on this total electoral dominance, and Ethiopia’s dodgy human rights record. There’s plenty of cause for concern in this regard: harassment and intimidation of opposition groups in the run-up to the vote; the censorship regime which makes independent journalism near-impossible; and the tight restrictions on civil society organisations that don’t toe the party line.

As pro-democracy group Freedom House explained in a scathing op-ed: “As long as democratic governance and respect for human rights are pushed aside by donors in favour of economic development and security cooperation, Ethiopia’s long-term stability is at serious risk.”

But Freedom House misses the point – as do other rights groups, and western governments who vigorously push a pro-democracy, pro-human rights agenda. No matter what their political dispensation, there are few governments in Africa with a shining human rights record, and Ethiopia is certainly not amongst them. However, there are even fewer who are delivering widespread and sustainable development to their people – and in this category, Ethiopia leads the pack. This is the real story.

A western diplomat, speaking off the record, told the Daily Maverick recently that, dollar for dollar, Ethiopia represents by far the best value for aid money in Africa. Unlike in most countries, the aid is spent effectively in the areas it was allocated for, and results often exceed expectations (“If Ethiopia promises to build 100 schools with our money, they build 110 instead,” he said).

Likewise, the government is doing an excellent job of growing Ethiopia’s economy in a difficult global climate, bringing millions of people out of poverty in the process (the poverty rate fell from 39% to 26% between 2005 and 2013). The country’s average annual real GDP growth over the last decade was an astonishing 10.9%. “If you look at it from an economic stand point, I think Ethiopia is one of the countries that has become the quintessential embodiment of the Africa rising narrative,” said Julians Amboko, research analyst at Stratlink Africa, speaking to CNBC Africa.

Making this growth even more impressive is that it’s built on a developing industrial and manufacturing base, not on an unsustainable natural resources boom, and has been accompanied by a massive campaign to build basic infrastructure like roads, public transport and electrification. On even a cursory glance, the impacts are obvious in the country’s new roads, its almost-ready subway system, and huge new hydroelectric dam which should guarantee Ethiopia’s energy needs for decades to come.

Whether you like its authoritarian, single party methods or not, Ethiopia is doing more to develop itself and deliver basic services to its people than almost all other African governments. Its Ethiopia’s development story, not its all too familiar failures to deliver civil and political rights which really matters to other African countries.

This is, naturally, a bitter pill to swallow for the activists, aid workers and diplomats who have been telling African governments how to solve their problems for so long – and been so vocally critical when things don’t go according to the one-size-fits-all plan. But the standard western approach, which prioritises civil and political rights above socio-economic rights, has usually failed to deliver on both fronts.

Many African countries need another option – and, while far from perfect, the Ethiopian model provides that. Can Africans afford to sacrifice their development at the altar of a failed western ideology? Do the continent’s leaders not have a duty to try something different?

It’s hard to escape the cynical conclusion that Ethiopia is now being pilloried for doing exactly that: trying something different. Worse, it is succeeding, making a mockery of decades of western orthodoxy in the process. Here’s a little secret: almost nowhere in Africa has democracy led to development, or civil rights to sustainable socio-economic rights.

And another that smug western democracies prefer to forget: that their democratic stability was not born in a human rights-respecting vacuum, but forged on the back of slave labour, colonialism and the exclusion from the political process of entire races and genders. In this context, Ethiopia is already way ahead of the game.

That’s not to say there’s not room for improvement. There is plenty that Ethiopia can and should do better. But to focus on its faults, while ignoring its successes, is to do Ethiopia – and the African governments that might learn from it – a major disservice. DM

Photo: A woman has her finger marked at the ‘Kechene Medianealem’ church in the Ethiopian presidential in the capital, Addis Ababa, Ethiopia, 24 May2015. The elections are the first since since the death of Prime Minister Meles Zenawi and it is expected that his successor, Hailemariam Desalegn, is certain to stay in office. An estimated 37 million people are thought to vote today. EPA/Solan Kolli