Djibouti welcomes China to the playground of the superp...

Djibouti welcomes China to the playground of the superpowers 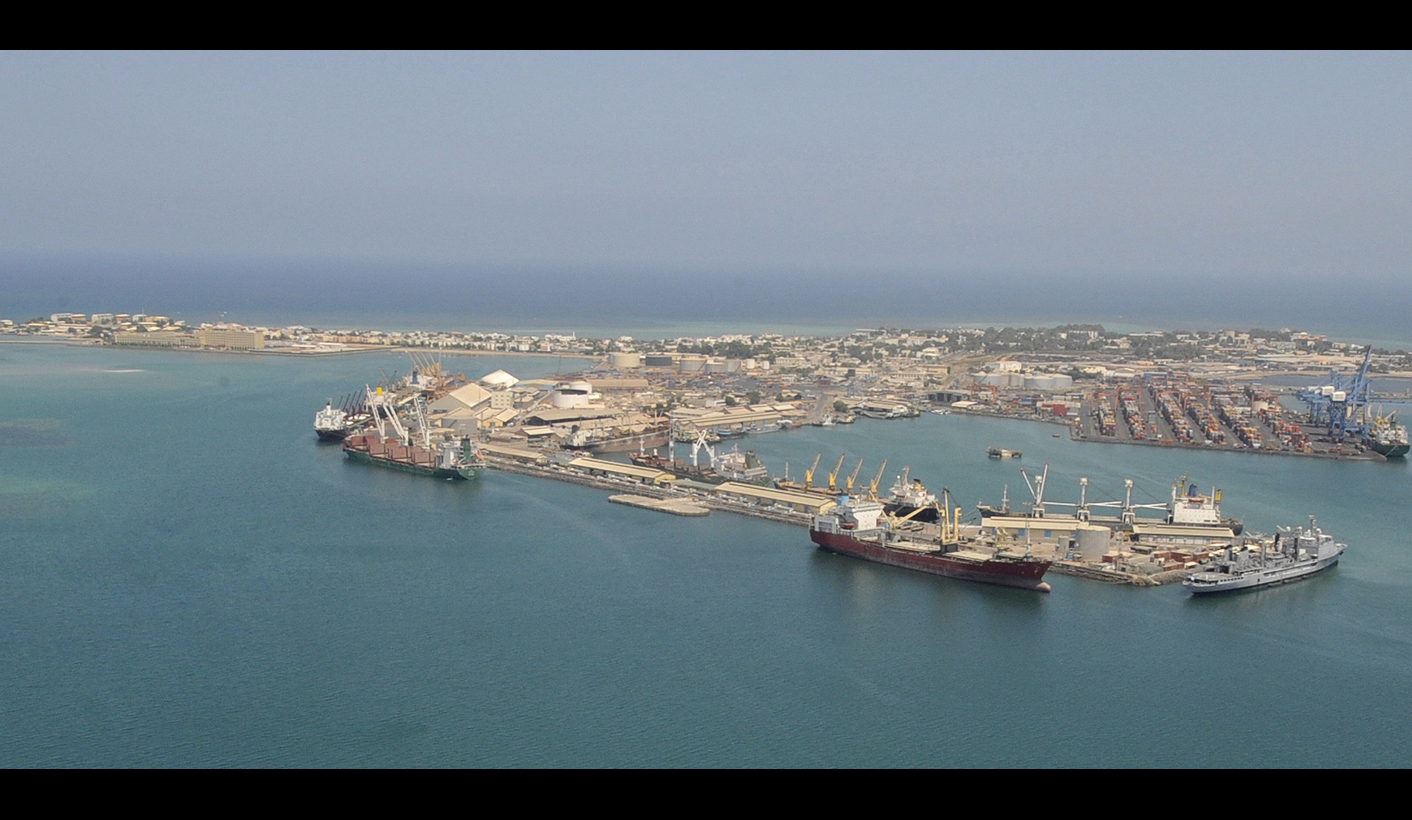 In politics, like property, location is everything. And while Djibouti doesn’t have much in the way of natural resources or arable land, its place near the tip of the Horn of Africa makes it the sentinel of the Red Sea passage, and therefore a vital geostrategic ally. America already has a military base there, as do France and Japan, so it’s no wonder that China is sniffing around too. By SIMON ALLISON.

Djibouti’s President Omar Ismail Guelleh (16 years in office and counting) is a canny political operator, so there’s no doubt that he knew exactly what he was doing when he dropped this bombshell on an Agence France Presse reporter: “France’s presence is old, and the Americans found that the position of Djibouti could help in the fight against terrorism in the region. The Japanese want to protect themselves from piracy, and now the Chinese also want to protect their interests, and they are welcome,” he said.

Guelleh’s statement, while neither confirmed nor denied by Chinese officials, substantiated reports that China wants to establish some kind of military presence in the tiny east African country. And who can blame it? Djibouti, with its deep sea port, laissez-faire approach to human rights and vital location astride the Red Sea shipping passage, is the perfect outpost for any superpower looking to assert itself in the region – and superpowers have long treated it as their naval playground.

“Djibouti is already crammed full of bases – the US , France and Japan – and now seems in danger of being overcrowded. How it will manage having so many global powers in its territory is still unclear,” said Timothy Walker, a specialist on African maritime security at the Institute for Security Studies (ISS). “Historically, either control of the Red Sea or a substantial presence there by global powers has long been contested – by empires in the case of France and the UK and by superpowers in the case of the the US and the USSR during the Cold War.”

Walker explains that the security of shipping – upon which all economies are dependant to at least some extent – is a key interest for superpowers, and particularly China at this point. “When many planners look at the Red Sea and region they immediately consider instability in Yemen, the sheer volume of oil and trading goods transiting through the area up to or from the Suez canal and the threat of piracy as a disruption to shipping from Somalia and make the decision that, if they have the means, they will place military or naval assets as close as possible to the area to ensure that shipping is not disrupted and that conflict does not spill over and further destabilise the region. The idea here is that the ultimate aim should be to control the seas – preventing criminals or hostile states from operating there.”

France was the first to take advantage of Djibouti’s strategic location, establishing Camp Lemonnier to house a regiment of the French Foreign Legion more than 50 years ago. There’s still a French presence there, but the base has been largely taken over and expanded by the US military, for whom it has become a major cog in their global war on terror (not to mention one of the notorious ‘black sites’ used to house secret CIA prisons).

“Camp Lemonnier, a sun-baked Third World outpost established by the French Foreign Legion, began as a temporary staging ground for US Marines looking for a foothold in the region a decade ago. Over the past two years, the US military has clandestinely transformed it into the busiest Predator drone base outside the Afghan war zone, a model for fighting a new generation of terrorist groups,” wrote the Washington Post in 2012.

Since then, Camp Lemonnier has only got busier as the US expanded its drone programme in the region and recently renewed its lease for another 10 years. Meanwhile, the US and French bases have been joined by a Japanese base established to fight piracy in the Horn of Africa – with China likely to follow soon.

A Chinese military presence in the Horn of Africa will complement China’s vision of a ‘Maritime Silk Road’ for the transport of Chinese goods, which has seen it invest in port capacity across the Indian Ocean – the so-called ‘string of pearls’ which includes Port Lamu in Kenya, Bagamoyo in Tanzania and other ports in the Middle East, Pakistan, Bangladesh, Sri Lanka and Burma. “Chinese sea lines of communication need to be protected in this region – we think, for instance, of the multi-lateral anti-piracy drive off the coast of Somalia, of which China is a part – and so a military presence may be increased for these reasons, basically to ensure the continued flow of goods to and from China. Additionally, there is the assertion that China wants to extend its influence into the Indian Ocean,” Ross Anthony, interim director of the Centre for Chinese Studies at Stellenbosch University, told the Daily Maverick.

He added, “[However], this is much more about the Indian Ocean SLOC (sea lines of communication) and influence in the Indian Ocean than it is about Africa specifically – Djibouti is a strategically suitable place to deal with situations within the Middle East, the Indian Ocean, and also Africa, if need be, although that might not be the first priority.”

As has been the pattern of Chinese engagement in Africa, China’s relationship with Djibouti has been sweetened by several large economic carrots. “In the run-up to the deal, China Merchant Holdings, a sizable state-owned enterprise, purchased a large stake in the country’s vital Port of Djibouti, spending $185 million. To further drum up enthusiasm, Beijing threw in an offer to develop the port’s facilities – awarding the state-owned China State Construction Engineering Corporation a $420-million contract to begin this work – as well as improve the infrastructure that supports the port’s functioning, including a railway to Ethiopia and two international airports. From China’s point of view, the move to offer commercial incentives in the hopes of gaining future strategic and military access comes from a time-tested playbook,” wrote John Lee in Foreign Affairs.

It’s a playbook that works, meaning that the US could soon find itself upstaged in Djibouti by an emergent China. “Washington might find that the country hosting its only military base in sub-Saharan Africa owes more favors to China, its rising global rival, than to the United States itself,” concluded Lee. DM