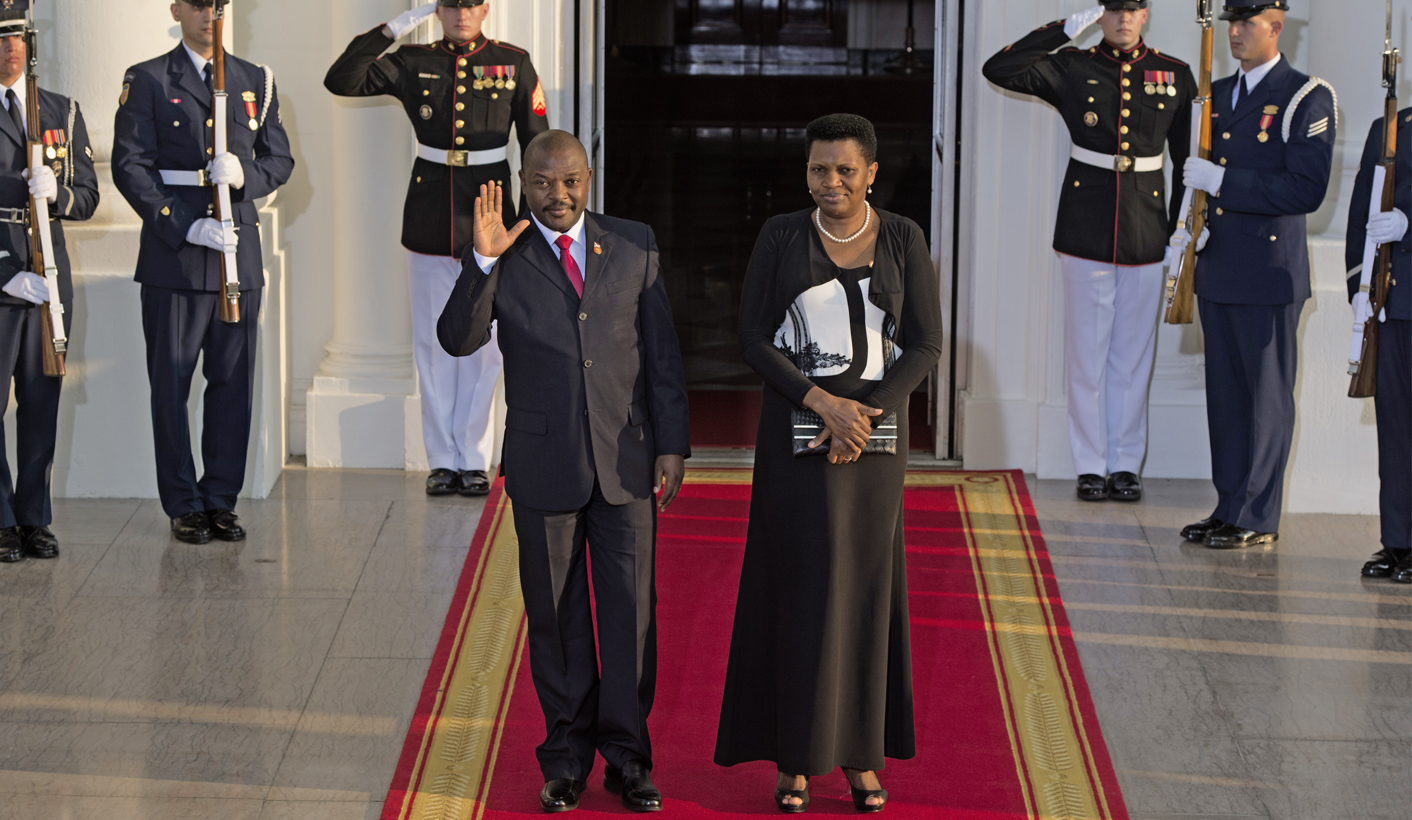 You might think that Burundi is a bad news story – and in many ways, it is. But anyone who thinks the crisis signals a return to Africa’s old ways clearly hasn’t spent enough time on the continent recently. In the bigger picture, what’s happening in and around Burundi demonstrates Africa’s considerable progress, rather than the opposite. By SIMON ALLISON.

At first glance, the constitutional crisis in Burundi appears to embody the very worst of African politics, to encapsulate all the negative stereotypes about leadership and power on this continent. There’s the president clinging to power, consequences be damned. There’s the constitution that’s not worth the paper it’s written on, and the pliant constitutional court that exists to rubber stamp the president’s whims. There’s the vicious crackdown on peaceful protestors, complete with tear gas and live ammunition and arbitrary detention. There are the ominous ethnic undertones, renegade armed militias and the looming threat of another genocide.

None of this is wrong. But it’s also not the full story. Look a little closer, and it’s clear that Burundi doesn’t signal a return to Africa’s bad old days. Quite the opposite, in fact.

Let’s start with Burundians themselves, thousands of whom are putting their lives on the line every day to protest against President Pierre Nkurunziza’s decision to run for a third term in office, contrary to the letter of the peace agreement which brought him to power and the spirit of his country’s new constitution. This is civil society action at its very best: co-ordinated, sustained, widespread and fearless.

And without it, the world would hardly have noticed or cared. It was, ironically, the bullets shot and the arrests made by Nkurunziza’s regime that brought the Burundi crisis to the attention of international media, and forced diplomatic action. By protesting so vigorously, Burundians ensured that Nkurunziza’s callous disregard for his country’s future would not pass without comment or censure.

Among them are many heroes. One is worth singling out: Sylvere Nimpagaritse, vice-president of the constitutional court, who fled the country rather than rubber-stamp Nkurunziza’s plans. He said the court had come under huge pressure to do so, including death threats. “In my soul and conscience I decided not to put my signature to a ruling, a decision which is clearly not lawful that would be imposed from the outside, and which has nothing legal about it,” Nimpagaritse said before he went into exile, according to AFP.

To anyone who suggests that Africa doesn’t respect justice or the rule of law – well, Nimpagaritse is the living, breathing and extraordinarily brave proof to the contrary. And anyone who argues that this continent doesn’t care about democracy or good governance need look no further than the streets of Bujumbura for thousands of counter examples.

Encouraging too has been the diplomatic response, especially from the African Union (AU). The continental body doesn’t have a great track record of holding leaders to account, but it’s response to Nkurunziza has been firm. On Thursday, AU commission chairperson Nkosazana Dlamini-Zuma broke diplomatic cover to directly criticise Nkurunziza and imply that the constitutional court (which ruled in his favour) had got it wrong. “… the constitution is clear and the Arusha [Agreement]… there shouldn’t be a third term,” she said in an interview on CCTV. “Sometimes legal issues like this need to be looked more broadly not narrowly legally. Whatever the interpretation, what is important is for Burundi to be in peace, not the legalities.”

The AU is likely to get even more involved. The Arusha Agreement which ended Burundi’s civil war, was one of the last acts of the old Organisation of African Unity, and upholding it one of the AU’s first major responsibilities. It has, until now, been a case study in what can be achieved by African-led mediation. It was meant to be one of the first sustainable African solutions to an African problem, and as such the AU is not an innocent bystander in Burundi’s crisis: it too has plenty at stake, and an incentive to keep the situation under control.

It’s significant in this context that South African President Jacob Zuma, who was a pivotal figure in negotiating the Arusha Agreement, is sending an envoy and has also criticised Nkurunziza. “We believe the leadership there [in Burundi] should be mature. It should be the country that is put first. I don’t think the constitutional technicality should actually sacrifice the country to go back to war,” said Zuma, taking an unusually strong stand.

As the violence in Burundi has intensified, and the numbers of refugees into neighbouring countries grown, commentators and activists have warned ominously about another descent into civil war, or even the possibility of another Rwanda-style genocide. They are right to do so. But the very fact that there is already so much noise and so much attention on Burundi, and so much condemnation of Nkurunziza, greatly decreases the likelihood of the worst case scenario. That’s the kind of progress Africa can be proud of. DM