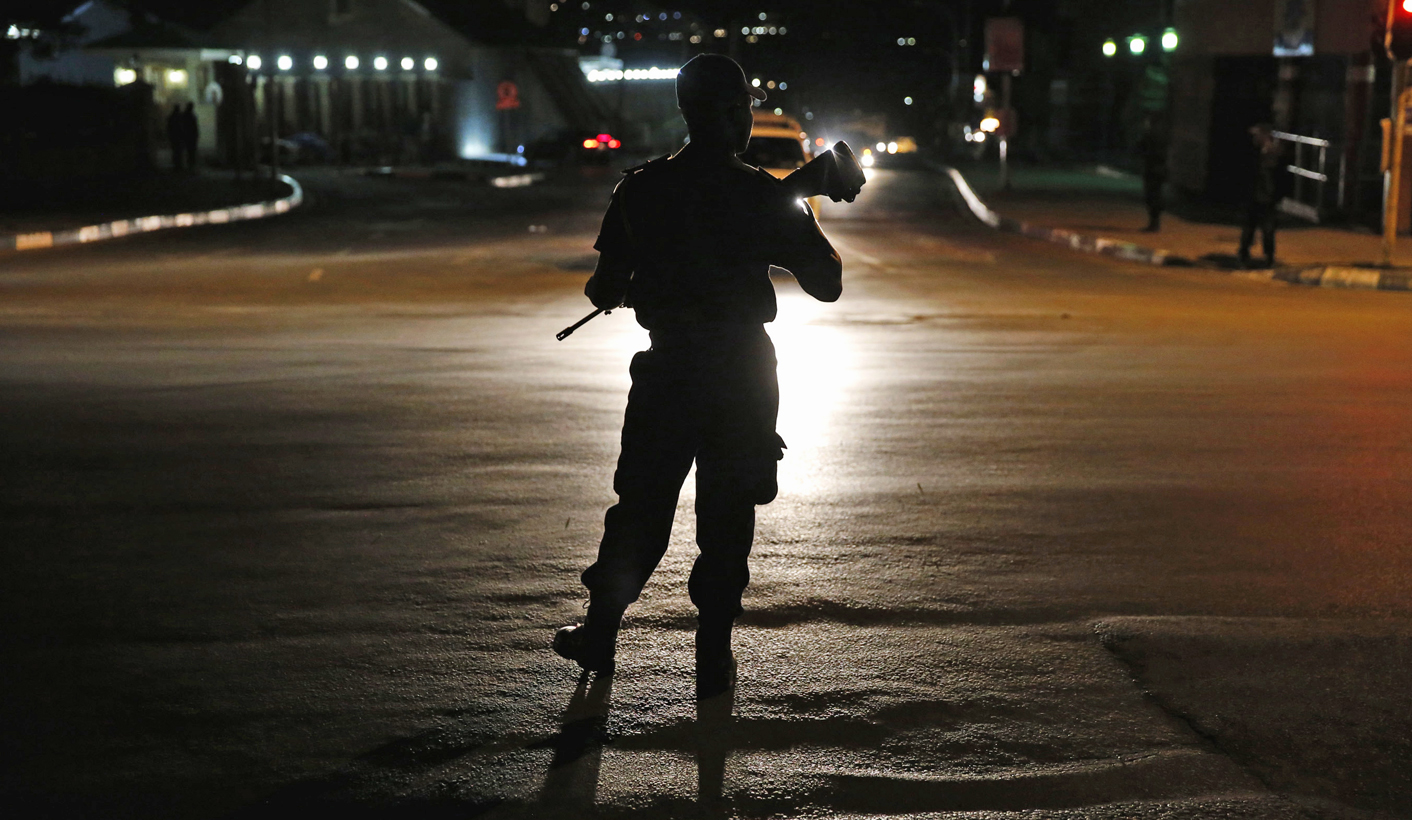 For better or worse, Lesotho has moved on last year’s constitutional crisis. But how much do we really know about the attempted coup (or was it?) that sparked all the troubles on that fateful day in August last year? By MICHAEL J. JORDAN.

In crisis-struck Lesotho, democracy has prevailed – and a criminal cover-up continues.

Prime Minister Pakalitha Mosisili, who served as premier from 1998 to 2012, was sworn in last week for his second stint in power: the inauguration cemented Lesotho’s second straight peaceful handover of power, while ushering in its second straight coalition government – both rare achievements in sub-Saharan Africa.

Yet, with the snap February elections coming six months after a coup attempt that rocked the tiny African kingdom, this is a hollow victory for democracy – even with the imprimatur of well-meaning outsiders. As the Daily Maverick’s Simon Allison astutely observed, Lesotho has experienced a bloodless “democratic coup.”

Indeed, nothing exposes this sham – perpetrated by the new leadership, with the ongoing complicity of their foreign enablers – more than the whitewashing of the putsch that sparked Lesotho’s political-security crisis in the first place.

The enduring mystery of what exactly happened that day – who did what and why – would, if exposed, likely destabilise Lesotho once more. It would also rattle surrounding South Africa, which relies heavily on Lesotho’s water. And it’d unravel the desperate, quick-fix efforts by the Southern African Development Community (SADC) – the region’s diplomatic bloc, led by South Africa itself – to restore “peace and security” to Lesotho. In other words, it’s in no one’s interest to unlock the truth.

Not once, during the six months of SADC “facilitation” efforts, up through today, have SADC officials – particularly its lead mediator in Lesotho, South African Deputy President Cyril Ramaphosa – touched on the mutinous army revolt on 30 August last year.

Early that morning, soldiers raided the official residence of then-Prime Minister Tom Thabane. Tipped off about the LDF plot by his bodyguards – soldiers themselves – Thabane scurried to safety across the nearby South African border. Meanwhile, soldiers assaulted three police stations, reportedly hunting for files of sensitive anti-corruption investigations. They killed one cop, wounding nine others.

Mosisili’s DC retorted that the LDF had defended the nation, disarming a police force plotting to arm pro-Thabane “youth fanatics” bent on wreaking havoc on opposition activists. (Curiously, though, not a word has since been uttered about this menacing “Under the Tree” movement. Did it quietly melt away?)

Two duelling narratives. However, neither side produced a shred of evidence to support its narrative. Though, early on, Pretoria lent credence to Thabane’s account, when it said LDF actions bore “the hallmarks of a coup d’état.” The US Embassy in Lesotho also called on the LDF to “respect civilian authority.”

As for SADC, why never mention that day, ever since? Perhaps because it’d only harm one side of the conflict: the same men who’ve now returned to power?

South African President Jacob Zuma, the only head of state to attend the inauguration, mouthed gratuitous praise for Basotho voters who “did not lose hope” and urged Mosisili to heed their “cries for peace, stability and development.”

Yet Zuma, Ramaphosa, and SADC thumb their nose at the many Basotho who crave justice – and an end to impunity – through their silence on the root-causes of 30 August: high-level corruption and political violence, committed by some elites so keen to conceal past crimes, they’re willing to commit new ones.

Thabane, freshly ousted from office, largely for an anti-corruption crusade that seemed to exclusively target his political rivals, may indeed have been driven by vengeance. Yet Lesotho’s handful of anti-corruption lawyers also predicted that Mosisili’s return to power would spur efforts to sweep away the corruption cases aimed at those close to him. That now seems only a matter of time.

Indeed, Mosisili has already signaled how urgent a priority it is to complete the 30 August cover-up: among his first announcements was of his intent to reinstate the same “renegade” Lesotho Defence Force (LDF) commander accused of leading the putsch – Lieutenant General Tlali Kamoli – as his military chief.

As for Kamoli, surely no one was happier than him with the election result. Ramaphosa sent him into exile in November, dressing it up as a “temporary leave of absence.” It will now surprise no one in The Mountain Kingdom if Mosisili, Kamoli and their allies go on to bury the 30 August “high treason” and “murder” cases that the Lesotho Mounted Police Service have investigated for six months.

As a top LMPS official told me on the eve of the 28 February vote, the cases have already stalled for months: the LDF, he said, refuses to turn over either the soldiers accused of involvement, for their statements, or the weapons they allegedly used.

“Without that evidence,” says the cop, “the case is useless and not prosecutable.”

Why Mosisili’s unyielding loyalty to Kamoli?

(One link seems traced to 2007, after Thabane split from Mosisili and formed his own party. These dissidents were reportedly targeted for violence and torture; police blamed the LDF. At the time, Kamoli was Mosisili’s military-intelligence chief. Then, after the Aug. 30 putsch, Mosisili’s DC party scarily warned that any arrest of Kamoli – “the last thread by which Lesotho’s democracy is hanging” – may spark “atrocities and [a] bloodbath.”)

On 30 August itself, with whose support did Kamoli rise up against Thabane, his commander-in-chief?

(Thabane’s anti-corruption drive had ensnared both Metsing – who now assumes the same role of Deputy Prime Minister for Mosisili – and his right-hand man, Moleleki, who may be groomed to replace the 70-year-old Mosisili.)

No one has explored or answered these two questions. Even six months later, no one seems to know exactly what happened on 30 August – except the plotters and perpetrators. Not a single Basotho journalist from the cowed media has dared delve into it, realising no one will protect them if they cut too close to the truth.

I don’t blame them. I could investigate. Yet even after I’ve separately explored Lesotho’s corruption, political violence and its untamed military, the 30 August mystery is the one story I won’t touch. Why not? Because that story could get me hurt. As a South African friend with years of Lesotho experience warns me: “Don’t mess with these guys. They will take you out.”

Since I myself have tasted a bit of intimidation down here, I don’t doubt him. Still, at least I can highlight the ongoing cover-up in Lesotho, the coming assault on the rule of law – and who else in the international community will tolerate it. DM