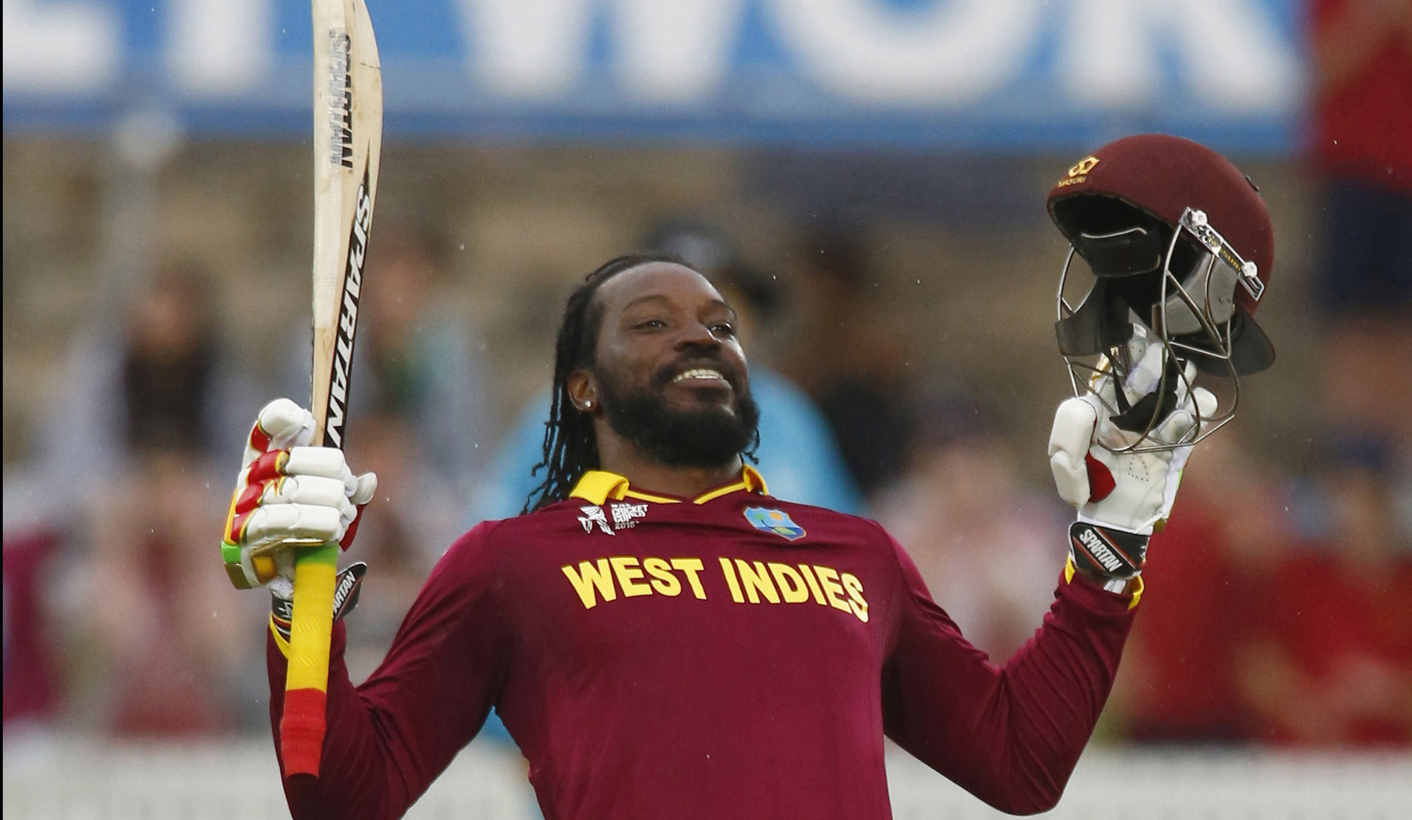 Chris Gayle obliterated some records (and the Zimbabwe bowlers in the process) when he became the first person to score a double century in a World Cup on Tuesday. For Gayle, the knock could not have come at a better time. For South Africa, however, it was the worst possible time. By ANTOINETTE MULLER.

It had been more than three years since Chris Gayle managed to a score a hundred in ODIs. Since 2013, he had not averaged over 23.00 for a calendar year, but seemingly made up for lost time when he became the first player to score a double hundred in a World Cup. Aided by atrocious bowling from Zimbabwe, Gayle and Marlon Samuels sent records tumbling in Canberra.

It was the highest-ever partnership in one-day cricket, beating the previous 331 set by Rahul Dravid and Sachin Tendulkar in Hyderabad back in 1999. It was also the highest individual score in a World Cup. It means that Gayle is the first man to have a 100 in T20 Internationals, a 200 in ODIs and a 300 in Tests. He plundered his way to 215 off 147 balls as West Indies amassed 372 and dismissed Zimbabwe for 289. The sleeping giant had awoken and South Africa will be sighing with frustration that it happened just days before they are due to meet a Windies team they had convincingly beaten just a month ago.

Still, the man himself doesn’t seem to think that scoring a measly double century means much when you’re about to face South Africa. When quizzed on whether a double century sends a message he responded:

“I don’t know. You’re coming up against a good team there. We toured South Africa recently. We know each other as well. It’s going to be a good test. It’s a World Cup event now, so we’re all on neutral ground; we’ve got to make our best performance speak for itself, and hopefully we can come out on top against South Africa and go one up on them in the World Cup here,” he said afterwards.

The knock could not have come at a better time. With the Windies in lacklustre form, looking apathetic and having just lost to Ireland, they needed something special. Gayle also had a point to prove. Just last week, the president of the West Indies Cricket Board re-tweeted somebody suggesting that it was time to give Gayle a retirement package. Now, of course, we all know RTs aren’t always endorsements, but it was strongly condemned by the West Indies Player’s Association.

Gayle could not have responded any better. The only thing he could have done to further enhance his point was to a produce a crumpled piece of paper with the words: “Yeah, President Cameron, talk nah” sprawled on it, Denesh Ramdin-style.

Gayle went to 50 in 50 balls and then from 50 to 100 in 55 balls. It was quite passive for a man who has, at times, looked like he could hit a ball with one hand holding only a stump. But the best was yet to come: he hit his third 50, which took him to 150 off 21 balls, and he clobbered the last 50 of his 200 in just 12 deliveries. He also makes batting with such brute force look easy. While others can demolish attacks in similar ways, with Gayle it never quite looks so crass.

Still, it’s enough to make you fear for the future of bowling. No kid watching the horror show unfold is going to go to cricket practice this week thinking: man, I’m so excited to be a bowler. At the time of writing, the average runs in last ten overs for teams batting first at this World Cup was 99.33. The gap between bat and ball is clearly widening and it makes for repetitive cricket sometimes. Sure, it takes a special skill to be able to hit every ball like you are seeing it like a watermelon but when there are systems in place to deliberately obscure the efficiency of bowlers, the likelihood of one discipline dominating becomes far higher.

Of course there have been fantastic bowling displays, too. Tim Southee’s seven wickets against England comes to mind, as does Mitchell Marsh’s effort against the same opposition. Sohail Khan’s five-for against Pakistan and Mohammed Shami’s four in reply also spring to mind. But these are hardly celebrated with the same vigour and pomp as the brutalisation of these very same players.

But that hardly matters. A full game with big hits, loud noises and dancing pleases the TV execs far more than the sound of clattering stumps. It’s all about “sportainment” and for those with limited attention spans, the so-called entertainment comes in fast and hard hitting. It’s not the player’s fault, of course, they are merely working with what they are given. But for it to have got this far, somebody has fed the monster.

The worst part is that it’s unlikely to get better for bowlers any time soon. Fans of the discipline best close their eyes when South Africa and West Indies meet on Friday. Things could get messy. DM