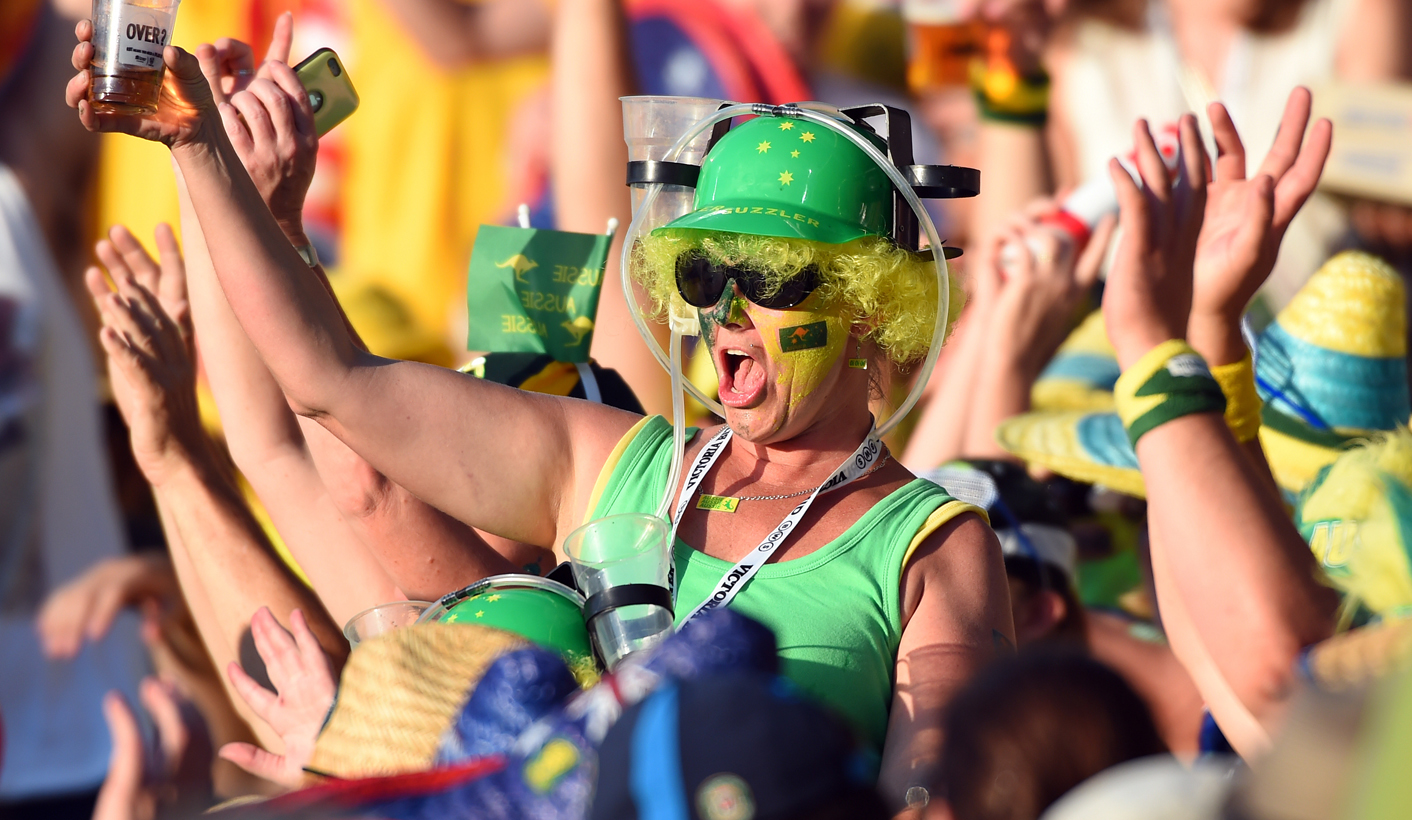 The 2015 Cricket World Cup is just a few hours away from kicking off. We hope you’ve stocked up heavily on the caffeine IVs and set up your mattress in front of the TV. The pool stages get underway on Saturday and we hope you’re ready for a long and drawn out affair. By ANTOINETTE MULLER.

The Cricket World Cup opens on Saturday (a bright and early midnight start for those in South Africa) with co-hosts New Zealand opening the show with what should be a tantalising fixture against Sri Lanka. That’s followed by Australia and England playing each other for 30th time since 2010 (another bright and early 5:30am start for South Africans).

Pool A is almost certainly the tougher group of the two with favourites Australia, dark horses New Zealand and wizards Sri Lanka all slogging it out for a spot in the quarterfinals. The long and drawn out nature of the group stages means it will take quite some time before it gets to crunch time for most sides. The format really isn’t conducive to fostering consistent interest, but it is what it is. There are still a few enticing group games and some exciting players to look out for.

Teams likely to progress: New Zealand, Sri Lanka and Australia should be certainties to progress to the next round. England’s one-day approach hasn’t exactly set the world alight and although they weren’t horrible during their recent tri-series in Australia, they could completely cock up against one of the ‘minnows’. Still, England are expected to scrape through considering the woeful one-day record of Bangladesh and the fact that the associate teams are unlikely to consistently topple the big teams.

Teams who might surprise a few: The story of cricket in Afghanistan is superb. The team has rapidly improved since first forming back in 2001. Although they are yet to knock over one of the ‘big’ teams they have beaten two Test-playing nations before. Bangladesh and Zimbabwe have both been knocked over by Afghanistan on previous occasions. Although they are much stronger in T20 cricket, the World Cup can do funny things to the big names under pressure. And if you’re looking for a reason to support them, they have a South African on board of their coaching staff, Ryan Maron. Maron is the founder of the Cricket School of Excellence which has been successfully running for the past 14 years. Maron had an unremarkable playing career, participating in just a few games for Western Province, but has done the hard yards in coaching.

The table below shows results for all Pool A teams since the 2011 World Cup.

Players to watch out for:

From Australia, the ever-evolving Steve Smith and the ever-fearsome Mitchell Johnson could probably win the tournament on their own with the kind of form they are in. Luckily, they won’t have to. Australia have one of the most well-rounded teams at the tournament. New Zealand’s Kane Williamson is also in excellent shape with 407 runs in the six ODIs he has played this year – including two fifties and two hundreds. The Black Caps also have some excellent bowlers in Tim Southee and Trent Boult. Sri Lanka’s Tillakaratne Dilshan and Kumar Sangakkara’s names speak for themselves

For Afghanistan, the 22-yar old Javed Ahmadi has taken five wickets in four matches at an average of 13.00 and has scored more runs than anyone else this year with 189 at an average of 47.25. Scotland’s batting has been woeful recently, but Ian Wardlaw could make a big impact. He has seven wickets in three ODIs this year and his experience playing for Yorkshire will come in very handy.

The opening fixture between New Zealand and Sri Lanka should provide sufficient excitement, especially in seeing how Sri Lanka’s spin wizards perform on tracks which probably won’t aid them that much. Afghanistan play Bangladesh on 18 February and the associate side have a real chance of beating their Test-playing brothers. New Zealand against Australia on 28 February will also be good value. New Zealand have the home advantage over their neighbours and as dark horses for the trophy, it should be a good clash. There’s not much else to get excited about, though, especially not when catching any of the action requires you wake up before the sparrows even think about, um, farting. DM

Photo: Fans are seen in the crowd during the Tri-Series One Day International between Australia and England at the Sydney Cricket Ground, in Sydney, Australia, 16 January 2015.