Analysis: Let’s give Nigeria the benefit of the doubt, for now 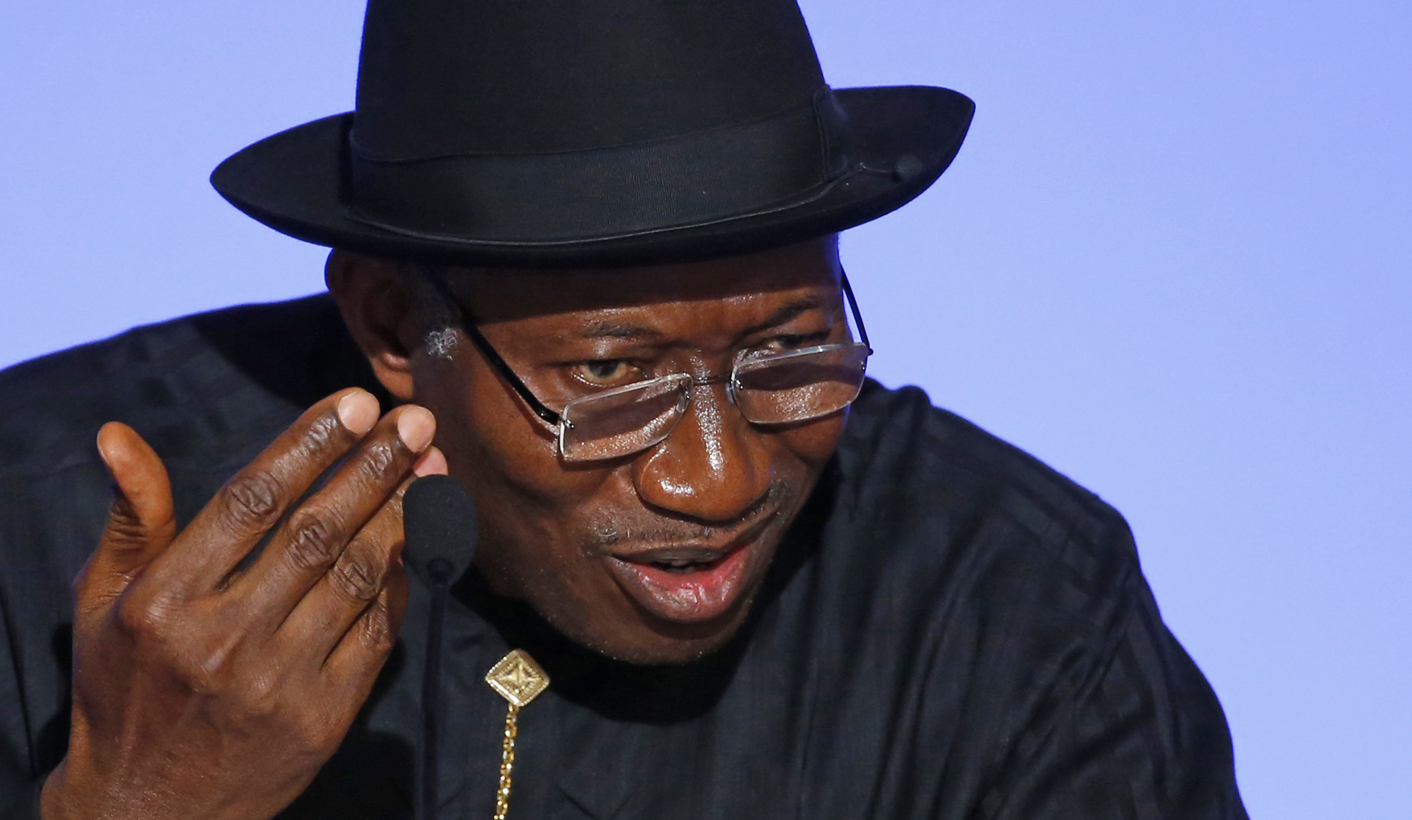 There are plenty of reasons to be sceptical about the Nigerian government’s decision to delay presidential elections by six weeks. This doesn’t mean, however, that it’s not a good idea; nor does it signal the death of Nigerian democracy – not yet, anyway. By SIMON ALLISON.

So Nigerians will not be voting on Valentine’s Day after all. The new date is 28 March, the delay officially justified by the worsening Boko Haram-inspired insecurity in the north-east, and the military’s refusal to guarantee the safety of the poll.

“The security agencies reiterated that they will be concentrating their attention to the insurgency and may not be able to play its traditional role in providing security during the elections,” said Attahiru Jega, chairman of the Independent National Electoral Commission.

The announcement late on Saturday sparked a flurry of outrage both within Nigeria and abroad, with Nigeria’s fledgling democracy viewed as the main victim. Few bought Jega’s statement, seeing instead the underhand machinations of under-fire President Goodluck Jonathan and his ruling People’s Democratic Party.

“This is clearly a major setback for Nigerian democracy,” said a spokesperson for the All Progressive’s Congress, the opposition coalition headed by the veteran politician and reformed military dictator Muhammadu Buhari. Buhari is running neck and neck with Jonathan in the polls.

Western diplomats and journalists have echoed this sentiment. “The United States is deeply disappointed by the decision to postpone Nigeria’s presidential election,” said US secretary of state John Kerry. “Political interference with the Independent National Electoral Commission is unacceptable.”

British Secretary of State for Foreign and Commonwealth Affairs Philip Hammond concurred. “The security situation should not be used as a reason to deny the Nigerian people from exercising their democratic rights.”

Foreign correspondents took an even more concerned tone. “Nigeria has taken an ominous lurch back toward its military past, reviving the power of its military bosses by postponing a crucial election because of their sudden refusal to provide security for the vote,” wrote Geoffrey York in the Globe and Mail.

The BBC’s Will Ross, meanwhile, hinted at conspiracy by vested interests to keep Jonathan in power: “The delay is highly contentious and will be seen by many Nigerians as foul play…It seems highly unlikely that the conflict will be brought to an end within the next few weeks, so will the election be held at all? That may depend on whether some powerful personalities feel President Jonathan is well placed for a victory.”

These sceptical analyses are well-founded. Given the Nigerian military’s abject failure to stop or even contain Boko Haram over the last five years, there is little reason to believe that anything will change in six weeks, raising the prospect of indefinite further delays. And it’s hard to ignore the correlation between President Jonathan’s falling poll numbers and the announcement of the delay. As Remi Adekoya observed in the Guardian: “Experience tells me Nigeria’s ruling party will try to use the extra time to guarantee Jonathan’s victory by any means necessary: bribery, intimidation and outright rigging. I hope I am wrong.”

But although the motives behind the decision to delay the vote may be suspect, it is possible too to feel some sympathy for Jonathan’s hapless administration, which is caught in a fraught catch-22. Boko Haram has warned Nigerians not to vote, and ramped up both its military offensive and terrorist attacks in the last few weeks. Election day itself is an irresistible target, and the reality is that Nigeria’s already over-stretched military genuinely wouldn’t be able to guarantee protection. The excuse may seem convenient, but it’s also true. How would election day bloodshed further Nigerian democracy? How irresponsible would Jonathan look then?

It is also important to recognise that the nature of the counter-insurgency against Boko Haram is entering a new phase. Nigeria has finally acknowledged that it can’t continue to struggle alone, and that is needs international assistance. The African Union approved a 7,500 strong multinational force to assist, which was expanded recently to 8,700 troops, to be drawn from Chad, Cameroon, Niger and Benin. Chadian troops are already operating in the area, and have been involved in skirmishes near the Cameroonian border (retaking a border town in one attack, and killing over 100 alleged Boko Haram militants in another).

While it is still ridiculous to suggest that Boko Haram will be defeated in six weeks, and still far too early to conclude that the tide has turned against the Islamist group, it is reasonable to think that the international intervention may free up some Nigerian military resources in time for the rescheduled election; and, more importantly, keep Boko Haram occupied while voting takes place. If there is any chance at all of minimising the dangers of the election, the Nigerian government surely has a responsibility to take that chance, especially when it is constitutionally able to do so.

That constitutionality expires on April 30, which is the latest date that elections can be held. Although it’s fair to be sceptical, it is just as important to remember there is more than just electioneering at stake. For now, let’s give Nigeria and its fledgling democracy the benefit of the doubt. DM

Photo: President of Nigeria Goodluck Jonathan attends a press conference at the end of the Paris Summit for Security in Nigeria, at the Elysee Palace, in Paris, France, 17 May 2014. EPA/CHRISTOPHE KARABA