The great Ethiopian media crackdown – and why this affects all Africans 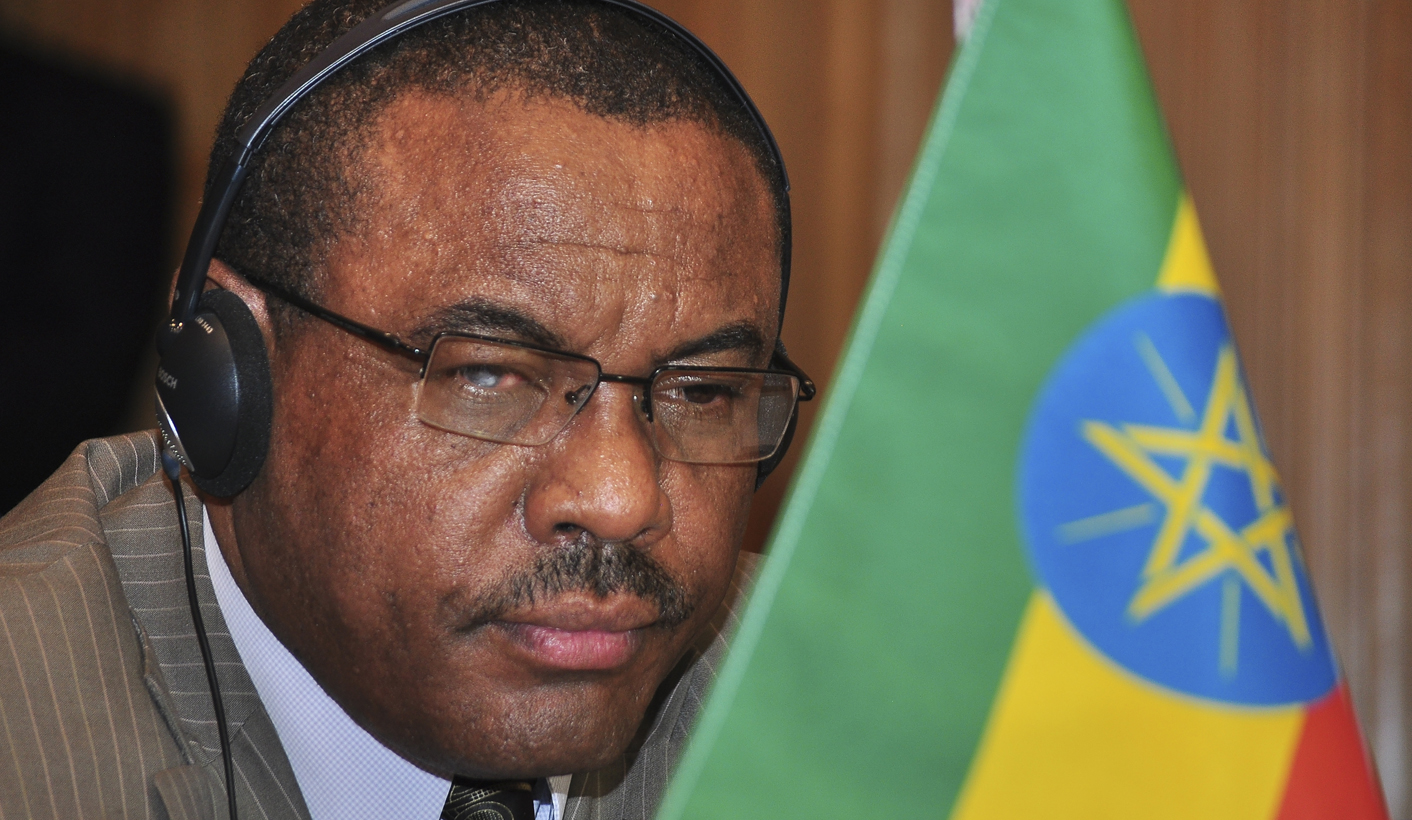 Ahead of elections this year, the Ethiopian government is cracking down hard on any kind of free press – shutting down publications, jailing journalists and harassing their families. This is not just Ethiopia’s problem, however. As the home of the African Union, and as an oft-punted role model for African development, Ethiopia’s censorship problem is Africa’s too. By SIMON ALLISON.

It’s not easy being a journalist in Ethiopia. In fact, it is nearly impossible, according to a new Human Rights Watch report that documents the scale of the state’s censorship apparatus. As journalists ourselves, it makes for highly disturbing reading (and once again highlights why the South African media fraternity’s fight against the proposed secrecy bill is so important – the distance between that and the Ethiopian situation is not so far as one might think).

“Ethiopia’s government has systematically assaulted the country’s independent voices, treating the media as a threat rather than a valued source of information and analysis,” said Leslie Lefkow, deputy Africa director at Human Rights Watch. “Ethiopia’s media should be playing a crucial role in the May elections, but instead many journalists fear that their next article could get them thrown in jail.”

The authors of the report spoke to 70 Ethiopian journalists, many in exile, who painted a dismal picture of the state of Ethiopian media. The government exerts control in many different ways – some subtle, some quite the opposite.

According to the report, “Most print publications in Ethiopia are closely affiliated with the government and rarely stray from government perspectives on critical issues. Private print publications face numerous regulatory challenges and regular harassment from security personnel. Publications critical of government are regularly shut down, and printers and distributors of critical publications are closed. Journalists critical of government policies and their families live in constant fear of harassment, arrest, and losing their livelihoods. The state controls most of the media, and the few surviving private media self-censor their coverage of politically sensitive issues for fear of being shut down.”

This is bad news for Ethiopia, of course. It is rarely a good sign when a government attacks the press – as South Africans in particular we can appreciate the dangers of a single, state-sponsored narrative.

But it is also bad news for the continent as a whole.

The Ethiopian capital Addis Ababa is home to the African Union, the continental body tasked with driving African development and righting the continent’s many wrongs. This makes it the de facto African capital, a hub of diplomatic intrigue; a place where important people meet to exchange secrets and conclude deals; and the centre around which so much of Africa’s politics revolves.

It’s not just media, either. Ethiopia keeps a close eye on NGOs and think tanks working in the country too, even those with continental mandates, and has the power to grant or deny access to the African Union by manipulating visas – if you don’t get a visa for Ethiopia, you don’t get to visit the AU. This makes researchers and advocacy organisations very wary of being too critical of the current Ethiopian administration, even when they shout loudly about the failings of other African governments.

This means, ultimately, that we are getting a distorted picture of the Ethiopian story – and the Ethiopian story is a vital one in the context of African development. Ethiopia, along with Rwanda, is advocating a very specific developmental model, one that prioritises economic growth and socio-economic rights ahead of liberal luxuries such as democracy, participation and human rights. The theory is that it’s ok to silence opposition and crack down on media as long as the government is improving employment, education, health, etc.

The figures suggest that this model might just be working. Ethiopia’s GDP is growing at about 10.4% while over the past decade, the country has registered statistically significant growth in the welfare, education and health categories of the Ibrahim Index of African Governance. But can we trust these figures?

A recent example from Rwanda, where free press is also non-existent, is instructive. On 15 January, David Himbara, a former economic adviser to President Paul Kagame, explained in an op-ed on Quartz why he quit his job. “I resigned not only because he was tyrannizing the nation, but also because he asked me to tamper with the truth about the economy,” he said.

Himbara argues that the apparent successes of Rwanda’s model for economic growth are illusory, and based on poor or deliberately misleading data. But in the absence of a free press, or a free civil society, this data goes unchallenged, and the Rwandan model is hailed as a success and eyed by other African leaders (especially those with an authoritarian streak) as a role model for their own countries.

So too with Ethiopia: without anyone to tell us otherwise, Ethiopia’s development approach looks like it is working, even if it’s not (this is not to judge this approach one way or the other, just to observe that in the absence of any kind of independent information we cannot gauge its effectiveness).

So that’s why the absence of independent media in Ethiopia affects us all. Without the beady eye of a free press observing the diplomatic shenanigans in Addis Ababa, we really have no idea what deals our leaders are making at the AU or why they are making them; and we run the real risk that the Ethiopian story will become the African story, without any real idea if that story is fact or fiction. DM

Read more: Journalism is Not a Crime’: Violations of Media Freedom in Ethiopia from Human Rights Watch