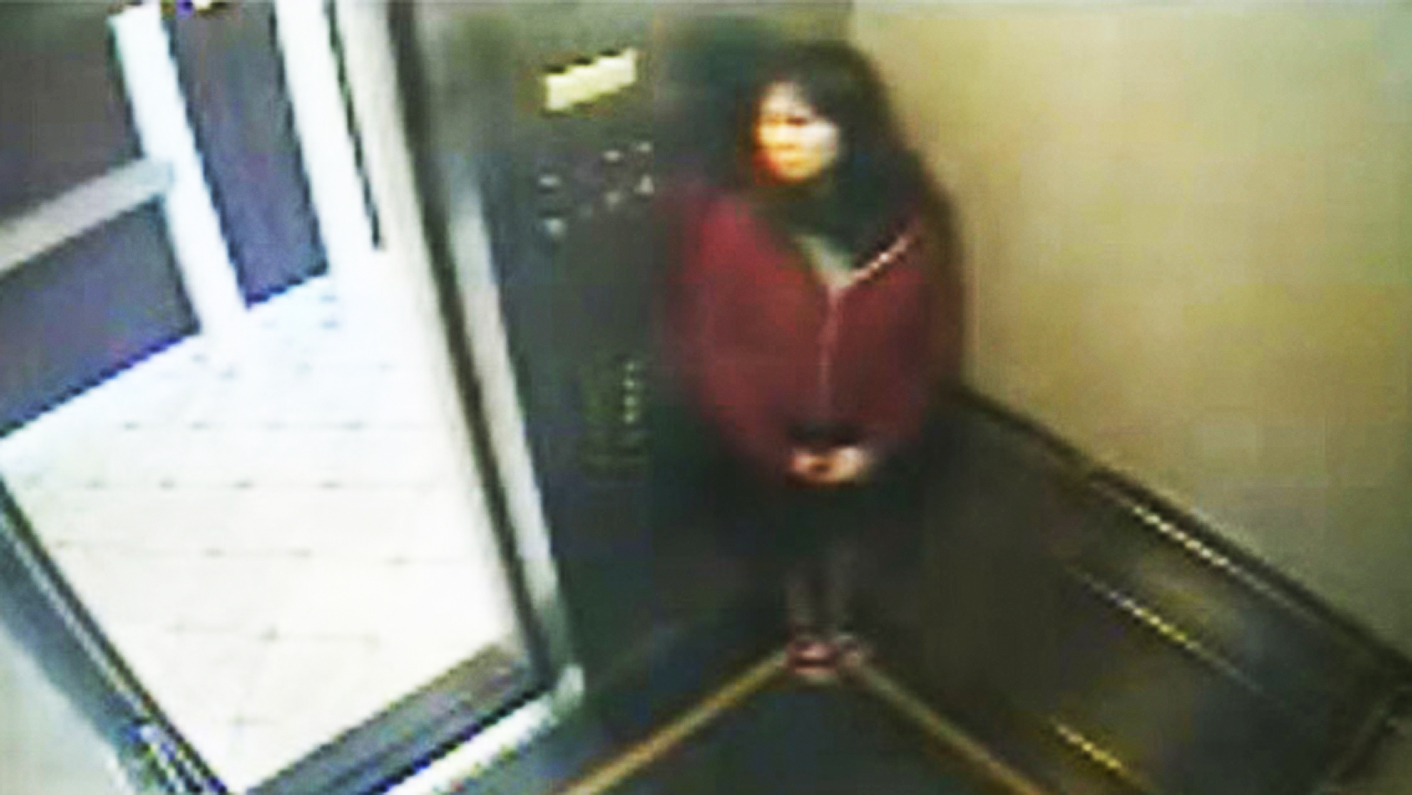 Canadian tourist Elisa Lam’s decomposing body was found in a water tank on the roof of the Cecil Hotel in Los Angeles at the beginning of last year. It’s depressingly easy to take life, it seems. Even the highly visible killings, the ones dogged by the press and chased down by Hollywood, eventually acquire the flavour of fiction, blown into hyperbole by armchair sleuths. It’s a metaphorical process not unlike the Big Bang, where ultimately the human remains in these stories become little more than dust. And when one of those lives belongs to a person with a mental illness, it’s even easier to blow them away. By MARELISE VAN DER MERWE.

The case, from a policing perspective, faded into obscurity soon enough. The autopsy and toxicology reports were initially delayed and eventually, after some disappointingly inconclusive results, the cause of death was ruled as accidental due to drowning and that was that. Life went on.

For South Africans, it’s a case that remained fairly obscure relative to those that have dominated local headlines in recent months: the Pistorius and Dewani circuses. Not so internationally, however – an entire generation of web-sleuths have dedicated themselves to solving the mystery with unparalleled zeal. And despite the dearth of new information, plans are moving forward to bring to life the Hollywood horror version of the story, The Bringing, in which the unfortunate protagonist investigating the apparently supernatural mystery descends into the depths of hell in the process.

Lam’s story has one major feature in common with that of Anni Dewani and Reeva Steenkamp: there are unanswered questions, and the public doesn’t like it. The difference, however, is that in Lam’s case there is no visible scapegoat – the only apparent culprit is an elevator behaving strangely. The internet community’s rather medieval response to this has been to assume her death must be supernatural – that she is communicating with some invisible force and that she must have glided through a wall, silently avoiding the rooftop’s alarm system, and somehow placed herself through demonic levels of strength in the water tank, where her decomposing body went on to contaminate the drinking water until she was found some two weeks later. (It is an explanation that reminded this writer, poignantly, of the witch-hunts of yore: throw a suspected witch in the water – if she drowns, she is innocent; if she survives, she is a witch and must be put to death. For Lam and others who experience peculiar lives and deaths, there is apparently no escape from judgement.)

The more prosaic explanation has been that Lam was bipolar and either committed suicide or drowned accidentally while under the influence of undetected drugs or while having a psychotic break. Body language experts have analysed Lam’s behaviour during the famous elevator video as possibly indicating excitement, playfulness and sexual arousal consistent with someone on a party drug, which may have been undetectable in her system by the time the autopsy was performed two weeks after her death. (The autopsy could not establish the cause of death; the toxicology report found only prescription medication in her system; there is some debate about whether it could have detected possibly unknown party drug cocktails.)

But here is where it gets murky. Some commentators have suggested her case was dismissed far too easily because she was mentally ill; others have criticised the public’s apparent inability to let her rest in peace. Criticism has been leveled at the LAPD, who were perceived as taking too long to investigate and abandoning the case too easily. Rumours of corruption in Los Angeles law enforcement surfaced. Some criticism was also directed at Lam’s parents, David and Yinna Lam, who are said to have gone to some lengths to cover up Lam’s mental illness during her life – she had in fact disappeared and had to undergo treatment previously. Lam’s parents went on to sue the Cecil Hotel.

So yes, it’s a story in which there has been a great deal of accusation. But interestingly, her parents made no apparent attempt to sue the writers of The Bringing, who – despite the ruling of the tragedy as accidental – described the death of their daughter as a “mysterious murder” and who – to date – do not seem to be making any kind of profit out of the film or have any affiliation to it. The script was allegedly sold to Sony for US$300,000, with an extra US$700,000 payable if the film is actually produced.

It is easy to put Lam’s death down to her mental illness, either as suicide or as an accident resulting from deep instability: her blog is a detailed account of her struggle with her mental state, and is testament to a refusal to be silenced by stigma. Some of her last entries read, “I spent about two days in bed hating myself,” and “It is a weariness that keeps me at a standstill.”

“Bless the internet. All those who wish to find a way to express their sadness can go there and feel less alone. So many of the tumblrs I follow seem to carry the same grief as me in some way or another. I wish I could draw, I wish I could take photographs, I wish I could paint, I wish I could write lyrics and sing but since I have none of those talents I’d rather just tumble away and use other people’s talents to express myself… On one hand this helps me deal with the sadness but on the other hand I basically become a potato.”

“I have no control over my emotions. I will be angry for two minutes and then sad again. I will be happy for half an hour and then emotional again.

“So far all I’ve done is lay on my bed and watch episodes of Chopped. I’m just waiting for it to pass.”

The life of Lam paints a moving and often pitiful picture of a young woman struggling with mental illness, a modern-day multimedia Bell Jar for the social media generation. But, like others before her, Lam’s voice is not only pained – it is also strong, vibrant, often funny, and entirely her own. It is a reminder of what will not be silenced.

So it is worth remembering – as one speculates over the high risk of suicide – that young women with mental illnesses are also more vulnerable to crime than the rest of the female population. Moreover, Lam stopped updating her blog some months before she died, and anything could have happened to her mental state in that time. She was taking a trip to California and had planned to travel further – she may have been planning a fresh start; she may have been happy. Family and friends said that she sounded bright. We will never know what she was actually feeling at the time of her death.

So much for the circumstances. What of the evidence itself? Firstly, there are some worrying inconsistencies in the case that remain unsolved. The first is that Lam was found naked, but her hotel key card and watch were found in the water tank with her. However, men’s shorts and a shirt in several sizes too large were also found with her, soaked. Why?

The second is that Lam’s phone was stolen shortly before she died, and her social media accounts mysteriously began being updated again six months after her death. How? Did a hacker access her accounts remotely, or was the stolen phone connected to her death?

A third point concerns the elevator video itself. As murky as armchair detecting can become, there is one area in which more than one amateur has raised a valid point: the elevator video footage of Lam, which was originally released fairly early on, appears to have been edited. Independently, several different observers have noted that approximately 54 – 55 seconds of footage appear to be missing, and the time stamp appears to be blurred out, with the footage slowed down. Why? The innocent explanation could be that police to enable the public to see Lam better for identification purposes, slowed the footage down and that less useful footage – perhaps of an unrelated elevator passenger – was edited out. The more disturbing explanation is that the person or persons edited out of the video may have been the last one(s) to see Lam alive.

Furthermore, it’s been widely reported that there was no evidence of trauma to her body, and this line was maintained even after her autopsy and toxicology reports were released. In fact, this is erroneous. No evidence of trauma was noted in the summary; however, the details of her autopsy are ambiguous. In fact, the autopsy states, “the anus is edematous and shows pooling of blood in the subcutaneous tissues surrounding the orifice”.

The jury is out on what this means. Daily Maverick spoke to three doctors, all of whom opined that the evidence was suggestive of trauma. One said it was “highly likely” that there had been a sexual assault; a second said that it was uncertain, but at the very least, it warranted further investigation. Intrigued, Daily Maverick approached renowned forensics expert Dr David Klatzow with Lam’s original autopsy, and asked for his opinion.

Klatzow’s reading of the autopsy was a little more nuanced. He explained that in the absence of further evidence to give context, it was difficult to ascertain exactly what had happened. “It is strange that the cause of death was initially listed as unknown at presumably the first autopsy,” he told Daily Maverick. However, he also said that it was not possible to pin the bruising on trauma, as it was possible that in an advanced state of decomposition, a non-traumatic cause was quite possible.

“The state of decomposition makes the interpretation difficult,” he said. “Often, in an advanced state of decomposition, the build-up of gases in the abdomen forces fluid out of all the orifices. The decomposition of the tissue in the peri-anal area may produce artefact.” If the autopsy did not refer to trauma, he said, then it was likely that the bruising was caused by the putrefactive changes taking place. But, he added, because of the ambiguous nature of the evidence, it was essential to rule out foul play “before ascribing this to her unhappy state of mind”.

The trouble, it seems, is that foul play was not ruled out – and it does not help that some similar murders – including the case of one Tina Hoang – occurred in the area at around the same time. Both victims were young, Asian American, drowned with no definite signs of sexual trauma, and were found on beaches in Los Angeles. Lam’s body had traces of beach sand on it.

And so the evidence piles up, with nobody left to look at it except thousands of faceless Internet users who aren’t convinced. But if the cases of Dewani and Pistorius have taught us anything, it’s that once a case is closed, it is closed. Even if the matter is not entirely at rest. DM