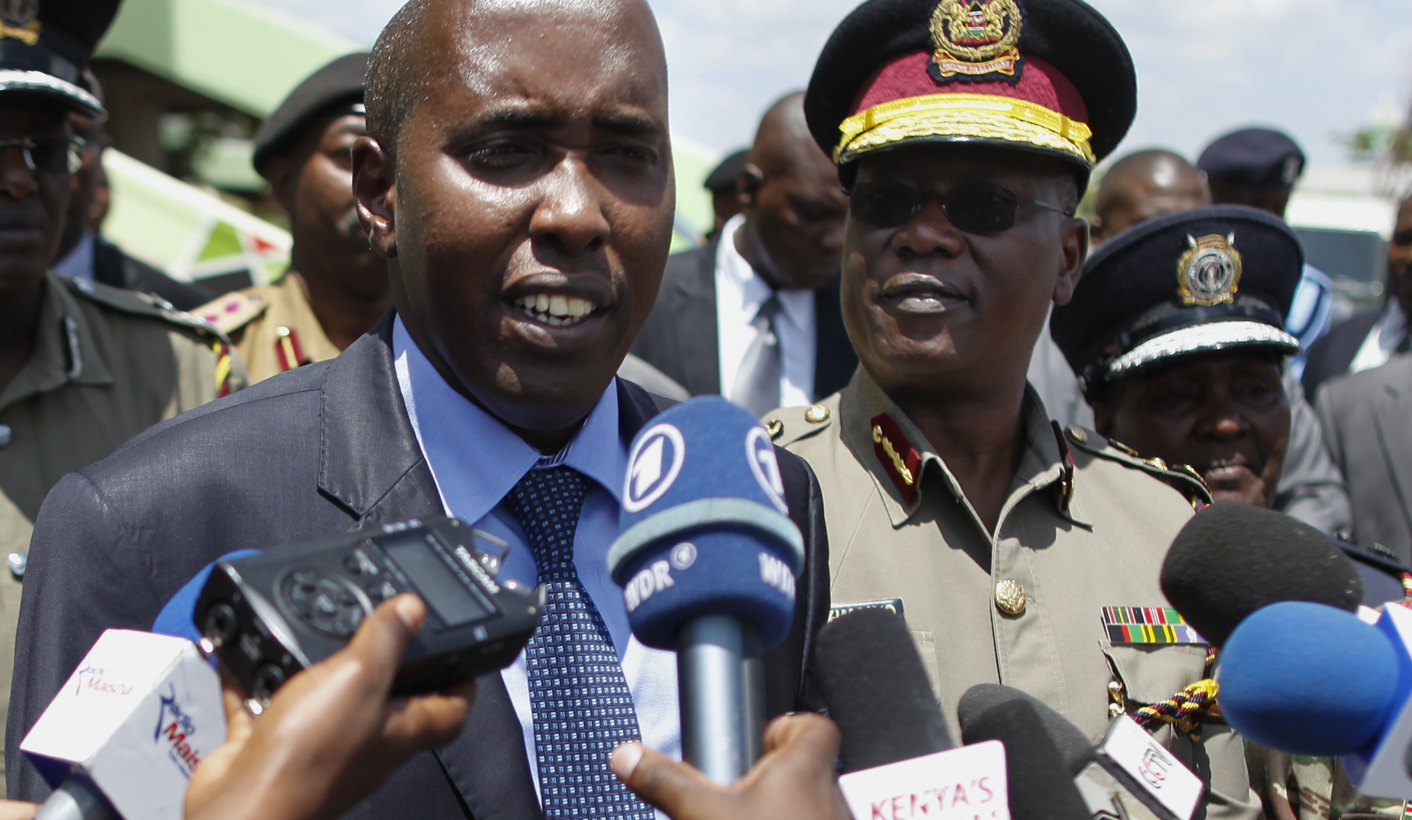 Terrorist acts are rarely about gratuitous violence. Usually, they are a particularly brutal and violent form of communication. Tuesday’s attack by Al Shabaab on workers sleeping in a Kenyan quarry was no different. The message was unequivocal: Al Shabaab may be down, but they’re not out yet. And as long as they’ve got any fire left, then Kenyans can expect to feel the pain. By SIMON ALLISON.

Whisper it quietly, because the progress made is all too precarious, but the facts don’t lie: Al Shabaab is a shadow of its former self. The Islamist militant group, once the dominant political grouping in Somalia, has been forced out of its traditional strongholds and tax collection areas; its leadership has been decimated by targeted strikes; and its popularity eroded by ultra-hardline policies. While not defeated – not even close – it is at its lowest ebb since its creation from the ashes of the Islamic Courts Union in 2007.

And because of this relative weakness, Al Shabaab is lashing out. This week’s deadly attack near Mandera in northern Kenya is a reflection of its weakened state. This is a group, remember, which was once capable of launching coordinated explosions in Kampala during the World Cup final in 2010 – a flagship act of international terror. This is a group, remember, which just last year held Nairobi’s most exclusive shopping mall hostage for days, humiliating Kenya’s finest soldiers, policemen and politicians in the process.

Now, on the back foot, Al Shabaab is forced to go for the low-hanging fruit. Tuesday’s early morning attack on unprotected quarry in northern Kenya, right next to the Somali border, was exactly that. The quarry was an easy target that provided maximum exposure for a minimum amount of coordination, cost and risk. Not that this is any consolation for the 36 people who lost their lives after being hauled out of bed by masked gunmen. Four were beheaded, while the rest were shot; all those who died were reportedly non-Muslims and had failed a verbal religion test given by the attackers.

Al Shabaab were quick to claim responsibility, in a statement attributed to spokesman Sheikh Ali Mohamud Rage. “This latest attack was part of a series of attacks planned and executed by the Mujahideen to serve as a response to Kenya’s occupation of Muslim lands and their ongoing atrocities therein…As Kenya persists in its occupation of Muslim lands, kills innocent Muslims, transgresses upon their sanctities and throws them in prisons…we persist to defend our land and our people from aggression.”

Since Kenya’s unilateral invasion of Somalia in late 2011 – only retroactively incorporated into the African Union Mission in Somalia – Kenya has borne the brunt of Al Shabaab’s ire, despite the presence in Somalia of foreign troops from several other African countries including Ethiopia, Uganda and Djibouti. This is partly because the long land border with Kenya makes it easier for Al Shabaab to smuggle fighters and weapons across, but also partly because Kenya, more than any other foreign power, has been the most effective in curtailing Al Shabaab’s operations.

The price paid domestically has been high, however. Hundreds of Kenyans have died in dozens of separate attacks, and Kenya’s security forces seem powerless to protect them. And Al Shabaab’s setbacks in Somalia have not translated into fewer or less deadly attacks in Kenya. If anything, the opposite is true: causing carnage in Kenya seems to be Al Shabaab’s primary method of gaining publicity and remaining relevant. A weakened Al Shabaab is still incredibly dangerous for Kenya.

It’s also dangerous for Kenya’s leaders, who find themselves in a difficult dilemma. To withdraw the troops from Somalia might appease Al Shabaab, but it would come at an exceptionally high diplomatic and political cost – it would be, in effect, an acknowledgement that the terrorists had won. But to keep them there is to invite further attacks. For now, though, that’s exactly what’s happening, with President Uhuru Kenyatta doubling down on the belligerent rhetoric.

“We will not flinch in war against terrorists,” he said, addressing the nation in a TV broadcast on Tuesday afternoon. “This is a war against Kenya and Kenyans. It is a war that every one of us must fight.” At the same time, however, Kenyatta offered up two scape goats to appease a Kenyan public that is increasingly impatient with the government’s inability to prevent terrorist attacks.

The first scapegoat was police chief David Kimaiyo, who resigned, while the second was interior minister Joseph Ole Lenku, who was dismissed. “Most Kenyans will be pleased by the departure of police chief David Kimaiyo and Interior Minister Joseph Ole Lenku – two men widely blamed for the failure to get to grips with the insurgency,” observed the BBC’s Robert Kiptoo.

The identity of Ole Lenku’s proposed replacement as interior minister suggests a third scapegoat is being lined up, for if and when it is needed. Joseph Nkaissery is a former army general, which indicates that Kenya will continue its hardline counter-terrorism approach, but more importantly he is an opposition MP. This is the first time a member of the opposition has been given such a high-profile appointment.

It’s a canny move from Kenyatta, a typically shrewd political operator: if Nkaissery succeeds in stopping Al Shabaab, then Kenyatta gets the praise for bringing in the right man for the job, regardless of political affiliation; while if Nkaissery fails, as seems more likely, then blame will be shared across the political spectrum.

For now though, Al Shabaab have made their unequivocal statement of intent. They may be down but they’re not out. There’s a sting in the tail yet. DM