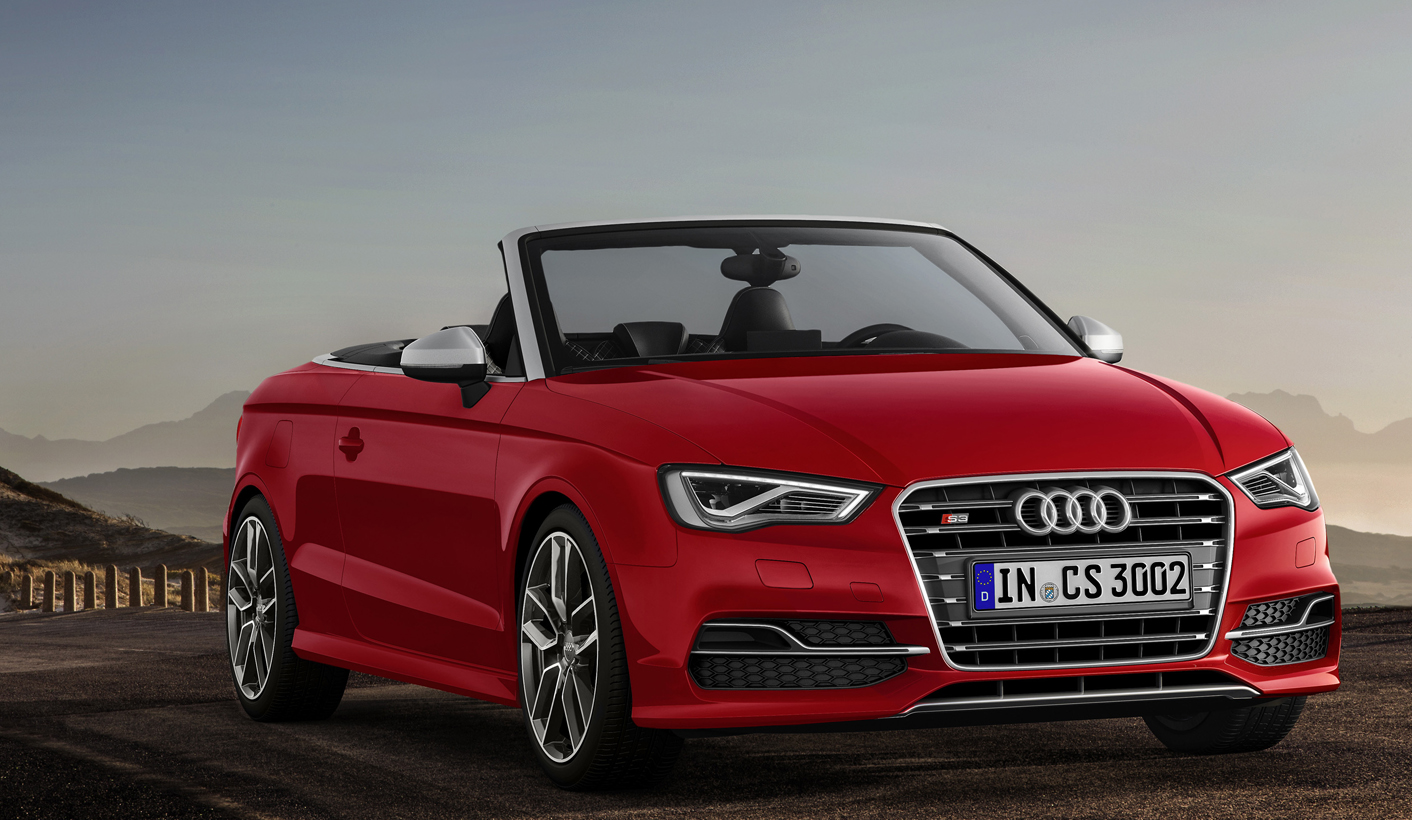 Why do so many people consider convertibles glamorous? Is there really anything romantic about braving the baking sun – and the glare of attention from passers by – while cruising the suburbs? Is having your hair tousled by the slipstream at 120 km/h really so much fun? And yet, as DEON SCHOEMAN finds out, there’s something to say for a ragtop cabriolet after all – especially if it’s a sporty one.

In dynamic terms, performance cars – even supercars – are better off with a tin top than a soft top. And yet, it’s the cabriolets, the convertibles and the spyders that keep on hogging the aspirational limelight, usually outselling their hardtop siblings as a result.

Just what attracts buyers to these drop-top cars isn’t all that easy to explain. For some, wind-in-the-hair motoring is synonymous with freedom, and a more visceral experience of the world rushing past you.

Others may find a certain satisfaction in enjoying a closer aural involvement with their steeds – especially if that steed is a scarlet Ferrari with a high-revving V12 engine. And then, of course, there is the small matter of basking in the envious attention of others while cruising the seaside boulevards at sunset in a topless machine.

In the case of the new Audi S3 Cabriolet, the most important question of all is whether a drop-top version of the highly impressive S3 Sedan still has what it takes to earn the S-nomenclature.

It’s certainly handsome enough. Even in normal, bread-and-butter form, the A3 sedan represents one of Audi’s most harmonious, most aesthetically attractive designs. It just has the right mix of muscular proportions and clean, chiselled lines.

The S3 takes all of that a step further, with lots of colour coding, a lower stance and more aggressive detailing. Not surprisingly then, the S3 Cabriolet is a real head turner, especially with the top down.

Of course, by far the most prominent feature is the canvas hood, which is raised and lowered at the push of a button, and can be operated on the move at speeds of up to 50 km/h. It fits snugly, and is double-layered in the interests of enhanced thermal and sonic insulation.

When not in use, the roof is bundled into a specific compartment in the boot, significantly compromising an already cramped luggage compartment. Total available space is 285 litres, but stowing the roof reduces that to just 240 litres.

That’s rather small for an otherwise well-packaged machine, but one should probably consider the S3 Cabriolet more of a 2+2 than a full four-door – legroom for the rear bench seat is at a premium, and with the hood in place it can also feel quite claustrophobic, thanks to the exaggerated C-pillar area.

The interior treatment is monochromatic to the point of being sombre, with an all-black execution for the roof, the leather seats and much of the instrument panel. In typical S-car style, the instrument dials get grey faces, and there are numerous S3-specific touches, such as the alloy pedals, and the adjustable sports seats with their more prominent bolsters and extended thigh support.

The layout itself is not that different from a normal A3 hatchback or sedan, but there are numerous details changes. The high-backed sports seats are S3-specific, as are the grey-faced instrument dials.

The S3 Cabriolet has the same drivetrain as the S3 Sedan, which means it combines a two-litre turbocharged petrol engine with a six-speed dual-clutch gearbox, and quattro all-wheel drive. The South African version offers 210kW of max power and 380Nm of torque. The turbo boost peaks at 1.2 bar, while a large intercooler keeps intake air cool.

The quattro system runs in front-biased mode when pottering along at modest speeds, but uses a multiplate clutch to feed an increasing percentage of the urge to the rear wheels as the fronts start struggling for traction.

It certainly feels lithe and wieldy, with a swashbuckling character that encourages spirited driving. And yes, you can pilot it with gusto, without robbing the car of that inherent agility. Understeer only rears its head when turning in much too hard and much to late.

The brakes are great, hauling the car down from high speed without complaint during our shoot, and never showing any sign of fading.

Even better, this ragtop S3 lives up to the S-car promise. With a kerb mass just short of 1,700kg, the power to weight ratio comes to 124kW/ton, which explains why the compact cab will rush from zero to 100 clicks in 5.3 seconds. Top speed is limited to 250km/h.

Despite its sporting intentions, the S3 Cabriolet is credited with an average fuel consumption figure of only 7.1litres/100km. Frankly, you’d have to be a saint in ballet pumps to be that light-footed with the Audi, but 9 to 10 litres/100km should be fine.

It may be a glamorous convertible, but the S3 Cabriolet is also a very competent, and very rapid sports car. The hood steals some luggage space when folded down, noise levels are higher, and ultimate ride integrity suffers a little. And yet it’s still a thrilling car to drive, and a sexy one at that, too.