Why will no one sell arms to Nigeria? 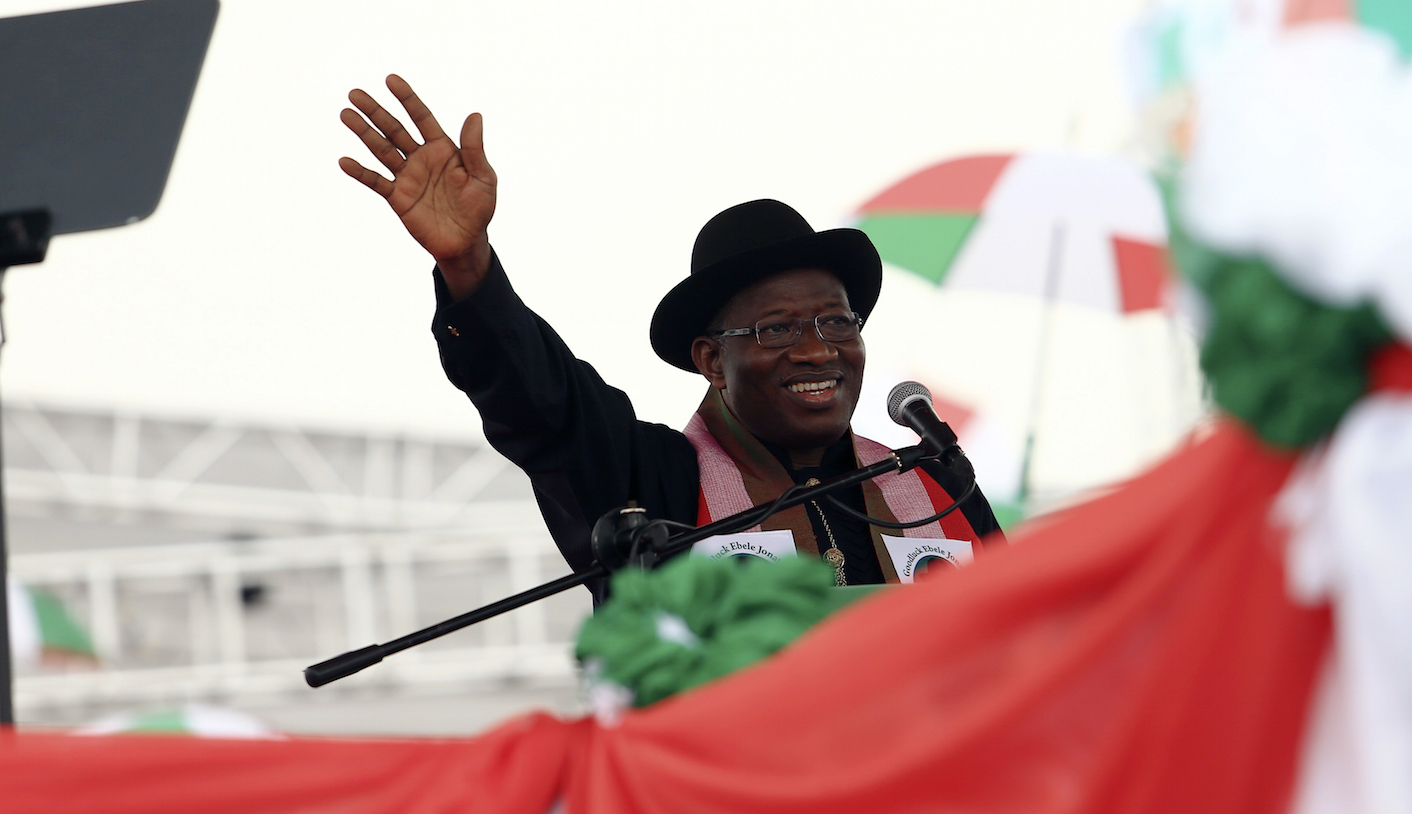 Last month, Nigeria’s parliament gave President Goodluck Jonathan a $1 billion war chest. The money is to buy arms and equipment to help the army fight Boko Haram. Only problem: no one’s selling, at least not to Nigeria. South Africa and the USA have already said no. Since when did arms dealers develop a moral backbone? By SIMON ALLISON.

In theory, the Boko Haram insurgency in Nigeria should be manna from heaven for arms dealers, of both the scrupulous and unscrupulous variety. Wars always are. The Islamist militants must be buying their weapons from somewhere, while the Nigerian army is desperately trying to resupply and upgrade in order to combat the threat.

And Nigeria has given its generals a serious budget to do so. At the urging of President Goodluck Jonathan, parliament approved his request to take out a $1 billion loan for equipment and training for the security forces (this comes in addition to the military’s $6 billion annual budget).

As a solution to the problem, this isn’t necessarily the best one. As an opposition politician observed, referencing the 250-plus schoolgirls kidnapped by Boko Haram: “The only reason the schoolgirls have remained in captivity is the sheer cluelessness and incompetence on the part of the Jonathan administration. Therefore putting more money in the hands of an incompetent and massively corrupt administration can only encourage more incompetence and corruption.”

Nonetheless, this is President Goodluck Jonathan’s plan, who seems to be putting all his eggs into one army-shaped basket. Now that army just needs to get bigger and better, and will have a billion dollars to pay for the facelift.

But will anyone take Nigeria’s money? So far, it’s not looking good.

Last month, South Africa caused outrage in Nigeria when it blocked a deal to buy R63.8 million of military hardware from a South African firm. Speaking to AFP, an official in Nigeria’s National Security Agency spluttered with indignation: “The issue could affect bilateral relations between Nigeria and South Africa,” he said, adding that South African firms could be punished in reprisals. “You cannot be making so much money from Nigeria and then turn around and embarrass the people.”

The South African government also froze $15 million in funds related to the deal – $5.7 million in a Standard Bank account, and $9.7 million aboard a private jet. South Africa’s National Prosecuting Authority said that the deal was being conducted without the relevant permits. Nigeria, on the other hand, maintains it was a legitimate arms purchase. Either way, it didn’t happen, and a frustrated Nigeria won’t be getting what it wanted.

But it gets worse. This week, the Nigerian Ambassador to the United States, Adebowale Ibidapo Adefuye, revealed that the US won’t sell heavy weaponry to Nigeria. This is a huge blow for the army’s upgrade plan: the US is a natural ally in the fight against Boko Haram, and was the most obvious candidate to provide more advanced military kit.

Ambassador Adefuye was not best pleased with this decision: “The US government has up till today refused to grant Nigeria’s request to purchase lethal equipment that would have brought down the terrorists within a short time,” he said. “There is no use giving us the type of support that enables us to deliver light jabs to the terrorists when what we need to give them is the killer punch.”

Although US officials are keeping silent on the subject, it’s not hard to figure out why Nigeria is not a good candidate for weapons deals. Unlike many countries, US law expressly forbids the sale of weapons to militaries who have been implicated in serious human rights violations. Unfortunately, the Nigerian military falls squarely into that category.

Human Rights Watch explains: “Human Rights Watch and other national and international human rights groups have also documented abuses by the Nigerian Security Forces since 2009 as they responded to the attacks by Boko Haram. These include excessive use of force, burning homes, physical abuse, and extrajudicial killings of those suspected of supporting Boko Haram…Security forces have rounded up hundreds of men and boys suspected of supporting Boko Haram, detained them in inhuman conditions and physically abused or killed them. Many others have been forcibly disappeared. The Nigerian government should account for the ‘disappeared’ and ensure that all law enforcement operations are conducted in full accordance with international human rights standards.”

John Stupart, editor of the African Defence Review (and author of the Daily Maverick’s award-winning First Thing newsletter) concurs with this assessment: “The Nigerian military has an unfortunate record of being rather horrible hosts to regions affected by Boko Haram…So essentially nobody from the USA and South Africa will sell to them based rightly on the assumption that they will be used to perpetrate human rights abuses, whether intentional or collateral. Either way, sale of arms in this manner goes against our own arms control policies set out in the National Conventional Arms Control Committee. The USA has even tighter controls on this.”

So, what is Nigeria to do with its $1 billion war chest? It will still be spent. “In reality this of course opens the pathway to the purchase of weapons from less scrutable sellers. This can include China and Russia, but also a variety of European and Middle Eastern nations eager to make a buck,” concluded Stupart. DM