The Killing of Anni: Dewani’s sexual orientation irrelevant – a blow to state’s case 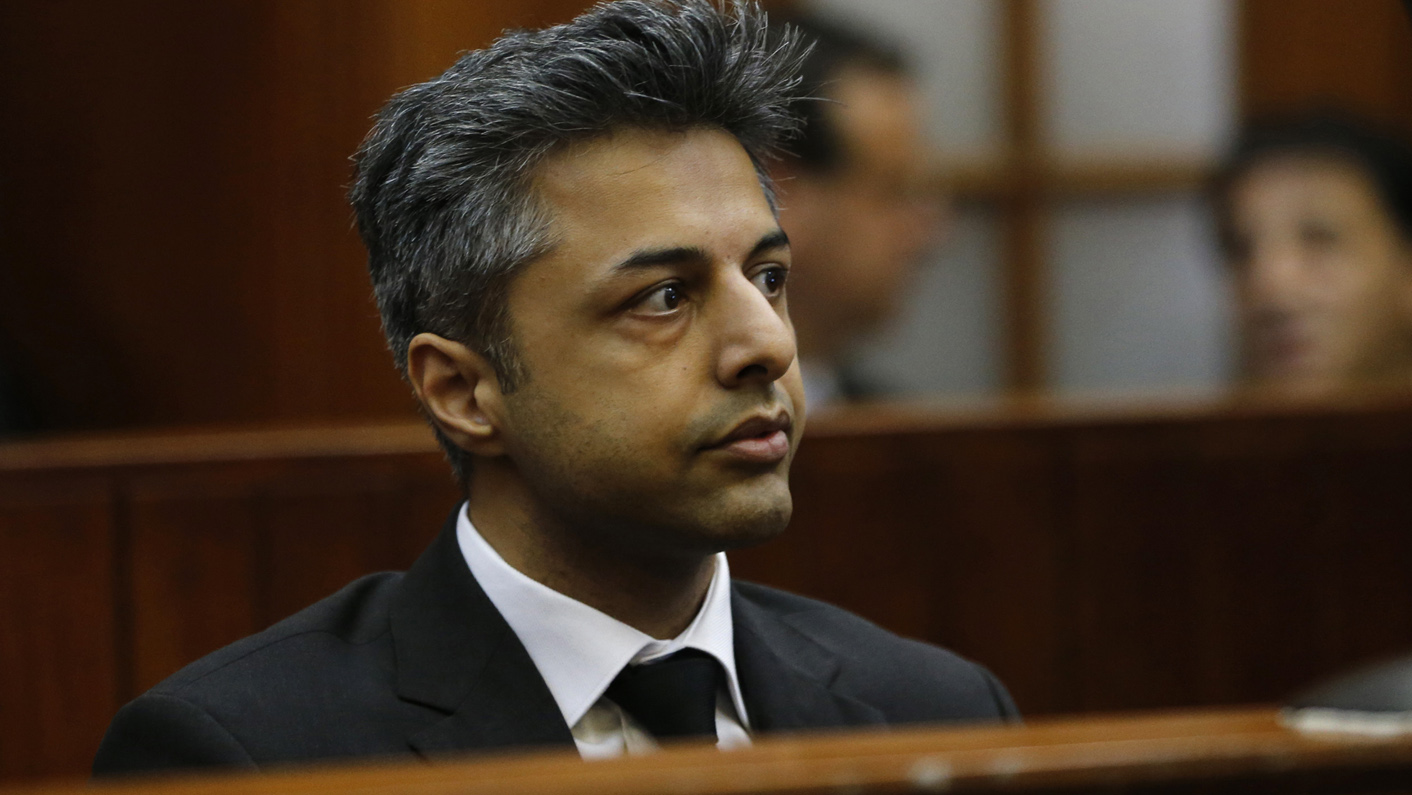 Yesterday Western Cape Deputy Judge President Jeanette Traverso gave the strongest indication yet that Shrien Dewani’s sexual orientation could not be considered a factor with regard to proving a possible motive for the murder of his wife Anni. If the prosecution was thinking of arguing along these lines, it has a week to find a more convincing alternative. By MARIANNE THAMM.

It was about 15 minutes into the testimony of Mark Roberts, a law enforcement officer with the United Kingdom’s National Cyber Crime Unit at the Shrien Dewani murder trial on Tuesday, that the prosecution’s case was dealt an apparent major blow.

If the state was hoping to persuade the court that Shrien Dewani’s “conflicted” sexual orientation could provide a possible motive for the murder of his wife Anni in November 2010, Judge Jeanette Traverso shut it down in no uncertain terms.

Roberts was the first witness of the day and explained how he had conducted a forensic analysis of a copy of the hard drive of a Dell laptop that contained profiles of Anni and Shrien Dewani among others. He told the court he had used a keyword search to identify possibly relevant data on the profiles that had been active on the up until 2010.

It was all proceeding relatively smoothly up until state prosecutor, Adrian Mopp, addressed Judge Traverso requesting that the state be allowed to present a series of three of these emails. Dewani’s advocate, Francois van Zyl, immediately rose and objected asking the relevance of these to the case.

“Because of the nature of these mails they are admissible and relevant,” Mopp argued.

It was then that Judge Traverso began to slowly interrogate the intention of Mopp’s request.

T: “Mr Mopp, you can’t sneak in the back door what you can’t get in the front. Why is his sexuality relevant to the issue? We have to decline your request.”

M: “Normally one would not need to prove motive but in isolation we have a strange set of facts. This is a liaison where disclosures are made and it provides context”.

T: “This predated the event [the murder]?”

M: “Disclosures were made.”

M: “His orientation there was that he was gay and not out. In the content Mr Dewani comments on the situation he finds himself in. He was conflicted about whether to get married or whether to come out.”

T: “Does that show motive? That [being conflicted] is true for many people, some of them sitting in this court.”

M: “The court will have a better perspective of the context. The weight the court attaches to this can be determined later. This is not irrelevant information.”

At this point Van Zyl interrupted the exchange.

VZ: “In these emails between the accused and another man between June and August 2009, they discuss sexual preferences and what they will do to one another. They have a discussion as to whether to come out and the marriage. The communication is that marriage is a serious matter and should not be entered into lightly. The third party says he is sure the family will support you [Dewani]. These are emails with graphic detail. There are only three references to the fact that the accused is conflicted.”

VZ: “It is prejudicial to the accused as it involves his character and the time frame is so big. We object”

M: “We will lead evidence that in September 2009 the accused expressed a similar conflict to another witness.”

T: “But he now says he was conflicted. (The judge is referring here to Dewani’s statement at the start of the trial that he is bisexual and has had sex with men) What is the relevance other than a quest for motive?”

M: “There is a factual matrix that a person at a distance would find peculiar. The undercurrent to all of that indicates it was not as clear-cut. The accused’s sexuality is not a matter we can run away from.”

T: “It [the accused sexuality] is not in dispute.”

At this point the judge took a short adjournment to consider the matter and returned afterwards telling Mopp, “ I have considered the request and I rule the evidence is inadmissible on the basis that it is not pertinent.”

Mopp could not hide his surprise at the judge’s emphatic ruling. He has had to face the court alone this week as his co-counsel, advocate Shareen Riley, who had prepared many of the witnesses, has been off sick with chicken pox. The hearing has been postponed to Monday when she will return to court.

At the start of the trial last week the defense already indicated it would disarm the state’s case, or at least neutralise one of its key arguments that Shrien Dewani led a secret gay life. In his plea explanation Dewani said he is bisexual and that he had had sex with men including prostitutes. With that bit of ammunition removed, the state will now have to find other potential motives in its arsenal of evidence with which to prove motive although this – motive – does not necessarily have to be proved.

Judge Traverso’s comments appeared to have confused many, including foreign journalists. But some legal experts have argued from the start that Dewani’s sexual orientation cannot be used to prove a possible motive.

It appears to be an issue that many have difficulty grasping and is perhaps better explored through positing another hypothetical situation.

Let us assume, for argument’s sake, that Shrien Dewani is a heterosexual man who has particular sexual proclivities – including fetishes or group sex with other women. This is something he does in private and “secretly”. Let’s imagine that he goes online – registers with a site called Heterodar – to connect with like-minded people and there he encounters another woman who appears to understand his predicament. He is set to marry someone but he is conflicted about this. He discusses this with his online contact. They also discuss what they prefer sexually.

It is more than likely that had this been the scenario, Dewani’s sexual orientation as a heterosexual man would not have been considered as a motive for the possible killing of his wife.

The issue here – and it is one that is being lost in the “red herring” of sexual orientation – is that what this might all point to rather is the accused’s non-disclosure of his sexual preferences (fetish and group sex etc.) and the subterfuge and deceit surrounding this. His sexual orientation is of no consequence and it is this that Judge Treverso confirmed yesterday.

The state still hopes to call the ‘German Master’, escort Leopold Lesser, as well as an unidentified British parliamentary aide with whom Dewani is alleged to have had an affair. The state, however, considering yesterday’s ruling by the judge, will be severely circumscribed in terms of how much of Dewani’s sex life will be admissible during the cross examination of these witnesses.

Short of Dewani admitting verbally or in writing that “I want to kill my wife” to any of these witnesses, the state appears to be on a losing wicket at this stage of the trial. DM