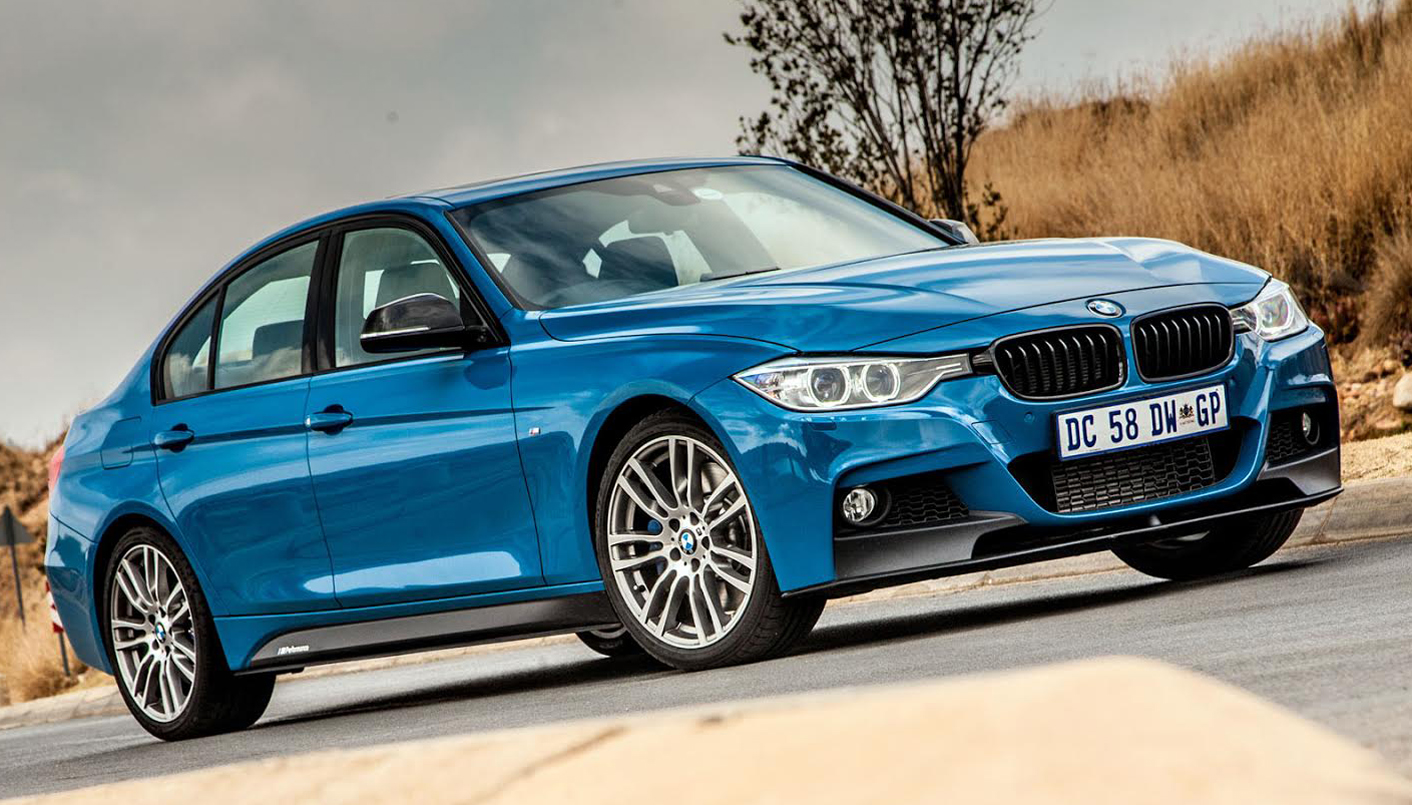 BMW’s heritage is steeped in a culture of producing cars that are entertaining to drive – epitomised, for many years, by the ‘Sheer Driving Pleasure’ pay-off line. If a BMW M3 or M4 is too hard-core, though, there is a slightly milder, but equally striking alternative – and production is limited. By DEON SCHOEMAN.

It’s been about two-and-a-half years since BMW launched the F30-generation 3-Series in South Africa. It’s a significant car from a local perspective, not only because it’s produced at BMW South Africa’s Rosslyn plant, but also because it’s BMW’s biggest seller here in volume terms.

However, competition in the compact premium sedan class has never been fiercer, particularly with the launch of the all-new Mercedes-Benz C-Class earlier this year. One way to keep an existing model in the limelight is to create special, limited-edition models. BMW has done just that, with the release of the 3-Series M Performance Edition.

Built in limited numbers, the M Performance Edition starts off life as a normal 3-Series sedan. It’s available as an optional package on all 3-Series variants – petrol and diesel – and adds R50,000 to the retail price.

Because the appearance of the current 3-Series is an evolution of its E90 predecessor, and because the car attracts around a thousand buyers monthly, the mainstream 3-Series models don’t really turn too many heads.

But that’s not the case when it comes to the M Performance versions: with colours like the eye-catching Laguna Blue paint finish featured here, and some distinctive add-ons from BMW’s M Performance Parts bin, the 335i M Performance Edition ends up looking like a junior M3.

The exterior treatment of the 335i M Performance Edition may be extrovert to say the least, but the cabin’s emphasis is on sporty functionality. With its black leather upholstery and anthracite roof lining, the BMW looks almost too sombre, although the alloy-look detailing provides some visual relief. Needless to say, the list of standard equipment is comprehensive.

The cabin execution is pretty much standard 3-Series, which means the ergonomics are intuitive, tactile quality is impressive, and comfort levels are high. The three-spoke leather-clad steering wheel has multifunction controls, and those electrically adjustable sports seats are among the best in the business.

Encountering the 335i’s straight-six TwinPower turbocharged engine is a bit like meeting an old friend. The engine is widely used in BMW’s mode line-up, with slight variances in state of tune.

Power output in this instance is 225kW at 5,800rpm, linked to 400Nm of torque from just 1,200 rpm. The gearbox is BMW’s eight-speed Steptronic automatic, but fitted with a Sport Shift mode.

Want more muscle? Then opt for the retro-fittable M Performance Power Kit, which ups output by 15kW and 30Nm – or perhaps even more. To improve the soundtrack, there’s also an M Performance exhaust system, both at added cost, of course.

With its bigger wheels, fatter tyres, stiffer suspension and lower ride height, the M Performance Edition feels tauter, sportier and more businesslike than the normal 335i. The steering feels positive and meaty, with useful feedback, and the M Performance brakes have loads of bite.

The Beemer offers various selectable driving modes. In Sport, everything – gear changes, throttle, steering – becomes just a little crisper. Opt for Sport Plus, and the stability control even allows mild oversteer. But you still benefit from all the practical attributes of a four-door sedan, including a fair-sized boot.

BMW makes some very rapid cars, including the M3 and M4 – but they also come with equally elevated price tags. The 335i M Performance Edition combines athletic, distinctive looks and an agile chassis with ample, usable, engaging performance.

It won’t rival the thoroughbred M cars in outright dynamic terms, but it’s the balance of this limited edition model that impresses most. And yes, there are more conventional colour choices, too! DM