The 2014 Ibrahim Index: Cause for concern as Africa’s governance role models slip up 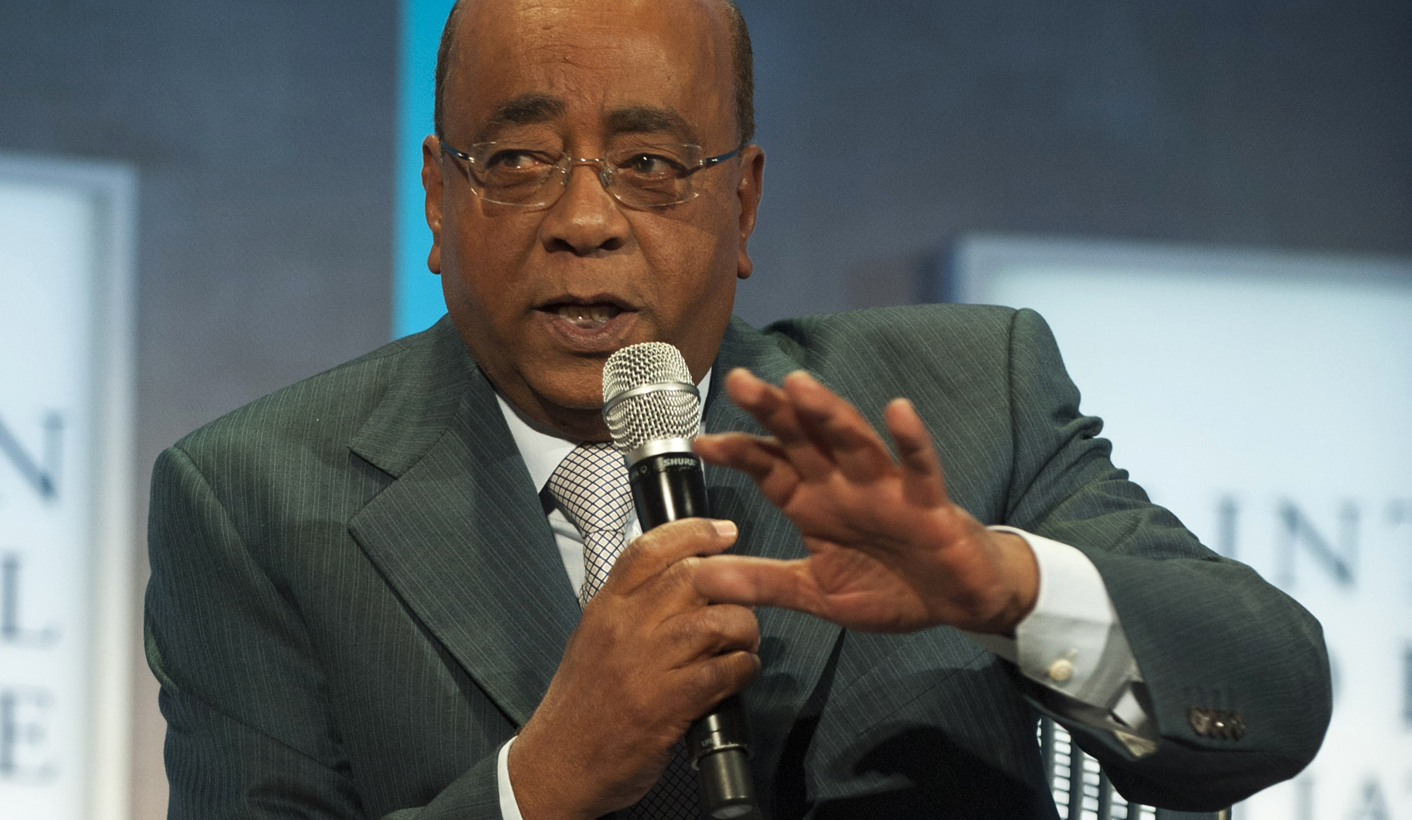 Another year, another Ibrahim Index of African Governance. The continent’s governance barometer was released on Monday, and its results make for some disturbing reading. If Africa Rising is your thing, look away now. By SIMON ALLISON.

There was an unusually concerned tone emanating from the headquarters of the Mo Ibrahim Foundation in London on Monday, as it released the latest iteration of its flagship Ibrahim Index of African Governance. Yes, the foundation said, governance is improving – but not by much, and not consistently.

The Ibrahim Index is a mammoth statistical undertaking that collects tens of thousands of data points from 52 different African countries (excluding only Sudan and South Sudan, as their recent split means there is no available data). The researchers at the Foundation plug these numbers into their spreadsheets and algorithms to produce handy rankings that show which African countries fare best and worst in various categories, and which countries are the overall best- and worst-governed on the continent.

For Afro-optimists, the results make for dispiriting reading.

Overall, governance in Africa has improved marginally over the last decade. So marginally, in fact, that while the trend might look good on press releases it is statistically meaningless, as Mo Ibrahim himself well knows. “Africa is progressing but the story is complex and doesn’t fit the stereotypes. Even if the overall picture looks good, we must all remain vigilant and not get complacent,” he said, hedging his bets.

This is not altogether unexpected. Indices such as these must reflect positive and negative developments equally, and there have been plenty of both in Africa over the last ten years. Despite the popularity and undoubted appeal of the Africa Rising narrative, it seems that the good news is yet to outweigh the bad.

More worrying is the reversals in good governance witnessed in all five of the continent’s best-governed countries. Mauritius, Cape Verde, Botswana, South Africa and the Seychelles should be guiding lights – instead, they’re all in danger of backsliding. South Africa’s problem areas come in the categories of Participation & Human Rights and Safety & Rule of Law – a testament perhaps to our horrendous crime statistics, our service delivery failures and our predilection for police brutality.

In his inimitable style, Ibrahim had a warning for the Top 5: “Brothers, watch it – it doesn’t mean you are very good or you are perfect. You still have to really watch it, there are some slippages happening there. You need to erase that trend.”

Speaking of backsliding, the Arab Spring – hailed at the time as a victory for democracy – has had a catastrophic impact on governance in Egypt and Libya, with Egypt dropping 14 places in the overall rankings (from 12th to 26th) and Libya dropping 15 places (from 27th to 43rd). Interestingly, the revolution in Tunisia didn’t have such dire consequences, with that country’s indicators remaining relatively stable (it’s still in the top 10).

It’s not all bad news, however. Several countries managed to arrest a serial decline, and their identities might surprise you. “The greatest improvements in governance are happening in some very low ranking countries,” said Ibrahim, singling out Cote D’Ivoire, Guinea and Zimbabwe. “Those guys are very low in absolute ranking, but they are showing great improvement…What is interesting about these improvements is that it comes after a period of negative trends. These countries were going down, and then they started to move up somehow.” That somehow is, of course, conflict-related; all three are recovering from conflicts of varying intensity. In Zimbabwe’s case, the improvements came during the tenure of the government of national unity which followed the 2008 post-election violence; it will be interesting to see if Zanu-PF, once again in sole charge, can keep up the good work.

Moving away from a country-specific lens, the Ibrahim Index reveals several continent-wide trend which are worth exploring. The most remarkable is the improvement in the sub-category of national security, which looks at cross-border violence between states. The data indicates that there is almost no more cross-border violence in Africa – by and large, conflict on the continent is intra-state rather than inter-state, and indeed the rise in domestic conflict easily compensates for the decline in wars between states.

Another unexpected trend is the stagnation in the category of Sustainable Economic Opportunity, which measures states’ economic policies and their ability to provide the conditions necessary for the pursuit of economic opportunities. Whereas five years ago this was the main driver of the limited overall improvements in governance in Africa, this progress has now stalled – raising yet more questions about that whole Africa Rising narrative.

As a collection of numbers, the Ibrahim Index can only tell us so much. It can’t delve into nuances, it can’t explain contexts, and it can’t predict the future. But what it can do is provide an annual stocktake of a continent and the countries of which it is composed, an unusually comprehensive – and, it must be said, unusually impartial – snapshot of where we are and a hint of where we are going. This year’s iteration tells us that we’ve still got plenty of work to do. DM

Disclosure: Simon Allison worked for the Mo Ibrahim Foundation from 2009-2011