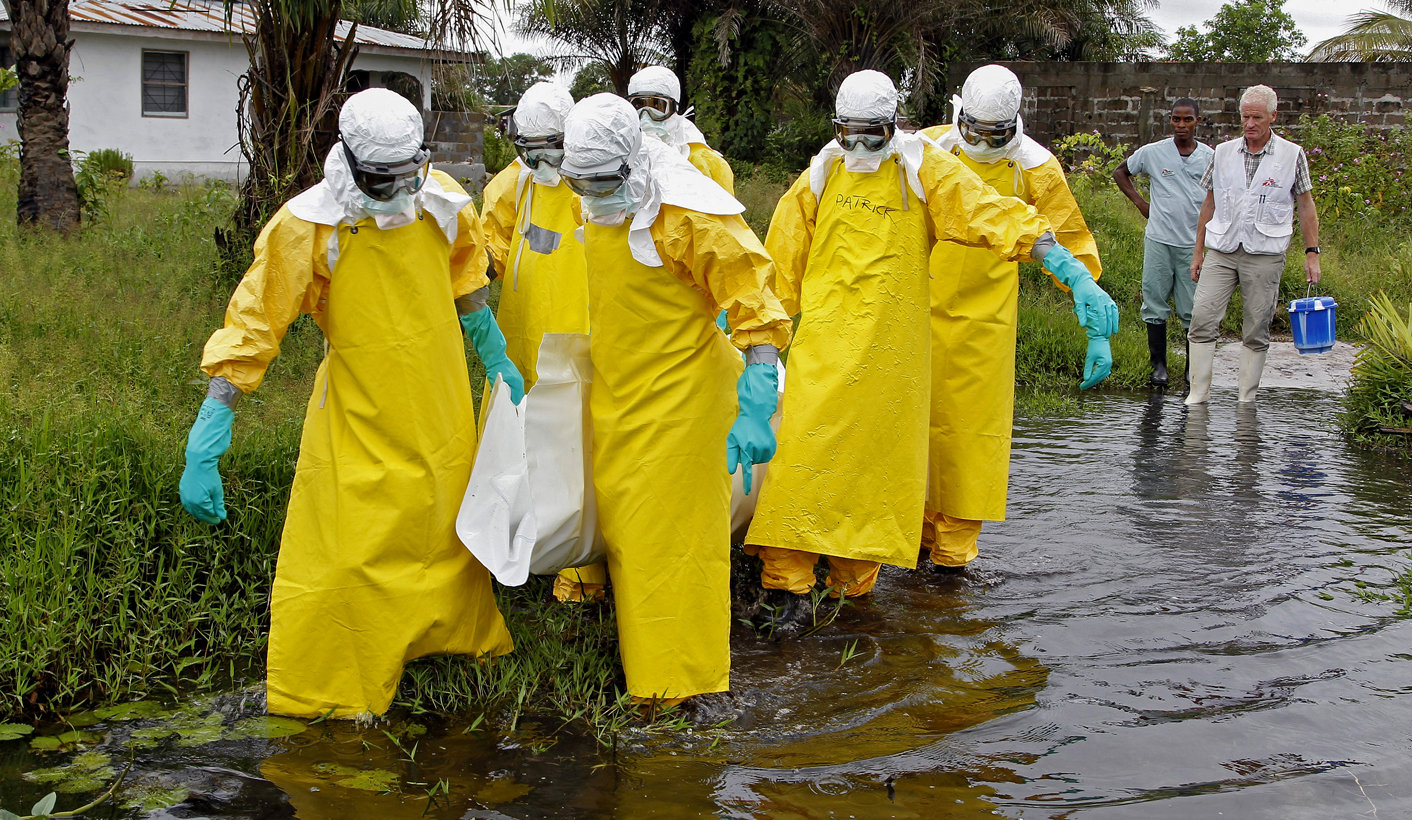 Tracing the source of the spread of communicable illnesses is one of the key lessons learnt from managing Severe Acute Respiratory System a decade ago. By GREG MILLS AND JEFFREY HERBST.

A recent Africa-Singapore business summit exemplified some of the lessons learnt from the 2003 SARS crisis. In the midst of the Ebola epidemic, with many West African participants, the hosts took precautions. On registration each participant, foreign or Singaporean, was asked to fill out a health questionnaire which included contact details.

The spread of SARS was traced to a Chinese lung specialist from Guangzhou’s Zhongshan No. 2 Hospital who, before attending his nephew’s wedding in Hong Kong in February 2003, had treated a SARS patient. The doctor in turn infected 16 visitors in his Hong Kong hotel who travelled on to Canada, Singapore, Taiwan, and Vietnam. Although cases were reported in China as early as November 2002, the health alert came in February the following year from an Italian doctor, Carlo Urbani, working at the French Hospital in Hanoi, Vietnam, which had treated an American businessman suffering from pneumonia-like symptoms. Several of the medical staff later contracted SARS and Urbani died.

Between mid-March and the end of April 2003, SARS victims multiplied, with an eventual 8,273 cases and 775 deaths reported.

Photo: Travellers at the Guangzhou train station try to take extra precautions in the wake of the SARS outbeak on the mainland, 05 May 2003. Hygiene standards on the Mainland are under scrutiny as the SARS virus continues to spread.
EPA PHOTO / PAUL HILTON

The success in stopping the spread of SARS was down, as Mely Caballero Anthony of the Centre for Non-Traditional Security Studies observes, to ascertaining the extent of the crisis, isolating its sources and establishing protocols. That demanded regional co-operation on an unprecedented scale, including the strengthening and harmonisation of transport, health, immigration and customs procedures, centring on the identification of foreign nationals suspected of carrying the disease. China, where the majority of cases (over 5,300) occurred even went so far as to construct a 1,000-bed isolation hospital within one week in the township of Xiaotangshan, north-east of Beijing.

African countries do not have these weapons of regional co-operation, instant capacity and systematic governance in the fight against Ebola, ensuring isolation of cases. This will make it difficult to stop, despite it not being an airborne virus like SARS, and even more difficult to control. The ratio of the number reported cases as of September 14th (5,357) to deaths (2,630) was 49 percent, compared to under ten percent for SARS.

The estimates as to the eventual death toll vary wildly, from the World Health Organisation’s 20,000 to the projection by Eurosurveillance of between 77,181 to 277,124 additional cases by the end of 2014. The US Center for Disease Control and Prevention (CDC) puts the possible death toll at 1.4 million by January. Obviously much depends on whether control improves, worsens or stays much the same, and that will reflect the speed and scale of the international response.

Ebola has spread because of unsanitary conditions, the inability of African countries to control borders, and weak governance, and it’s precisely those conditions which will put a stop to it and prevent a reoccurrence. To stop the virus experts say that 70 percent of cases have to be isolated. Without considerable international assistance, both governmental and from NGOs, this is difficult to imagine in the countries affected. Liberia, which has experienced more than half of the deaths to date, had just one doctor per 40,000 of its 4.3 million people. China and Singapore enjoy one per 500 of their populations.

For all the talk of a vaccine, stopping Ebola today and other diseases tomorrow depends on putting systems and governance in place, hard yards not silver bullets.

Photo: Alerts at JFK are replicated across the world. (Greg Mills)

It will only be stopped by isolating cases and by treating victims. If this cannot be done internally, such as through the radical three-day lockdown imposed by the Sierra Leone government, then this will be done externally as has already with the curbing of most airflights to the most affected countries, Guinea, Liberia and Sierra Leone. Of course this risks collapsing these economies, worsening their ability to govern.

For all of the talk about changes to the international order, and the ascendancy of the BRICS (Brazil, Russia, India, China and South Africa) nations over the West, and of Africa itself, it is notable the extent to which the share of the response has been borne by the West and the US in particular. President Obama’s dispatching of 3,000 US troops to the region in a $763 million plan is the largest response to an international epidemic in American history. This comes on top of the deployment of 100 CDC officials and allocation already of $175 million. China had, by the time of the US announcement, committed 174 health workers and some $40 million in aid, Brazil was sending drugs, Russia staffing for a mobile laboratory, and India had pledged half a million dollars.

Photo: Among the many activists at the UN Summit last week in New York, protesting against Bashar al-Assad, ISIS, Israel and Egypt’s el-Sisi, and for the Falun Gong and the search for Nigeria’s missing girls (top), was this motley Ebola crew (bottom). (Greg Mills)

President Obama has classified the outbreak “a threat to global security” which required a ‘’global response”, and a quick one at that. As he put it in the UN this past week, confronting Ebola is “a marathon, but you have to run it like a sprint”. Yet for all of the welcome international assistance to arrest the spread of the disease and to contain it, the necessary governance systems will ultimately have to be home-grown to be sustained. And this contains perhaps the most salutary lesson of all.

Africa’s recent growth surge has shown that the continent is no longer ‘hopeless’, as The Economist put it back in 2001. After decades of low growth and poor development performance, Africans have been keen to point out with equal hyperbole that, instead, the continent is ‘rising’.

Ebola reminds how fragile such a recovery is and rudimentary health and other government services remain after years of neglect. The pace and extent of the spread of Ebola also reminds how difficult and long recovery is when governance systems are broken, citizens not so much as without hope as help from their own governments. DM

Dr Mills, currently a visiting fellow at Singapore’s Rajaratnam School of International Studies, is the author most recently of ‘Why States Recover’ (Picador); Dr Herbst is President of Colgate University.

Main photo: A Liberian burial squad carry the body of an Ebola victim in Marshall, Margini county, Liberia, 25 September 2014. The World Health Organization (WHO) said 26 September that the death toll in Guinea, Liberia and Sierra Leone had risen to 3,083 and that the total number of cases stood at 6,553. EPA/AHMED JALLANZO