Crazy in Love captures our hearts, even as it loses its mind 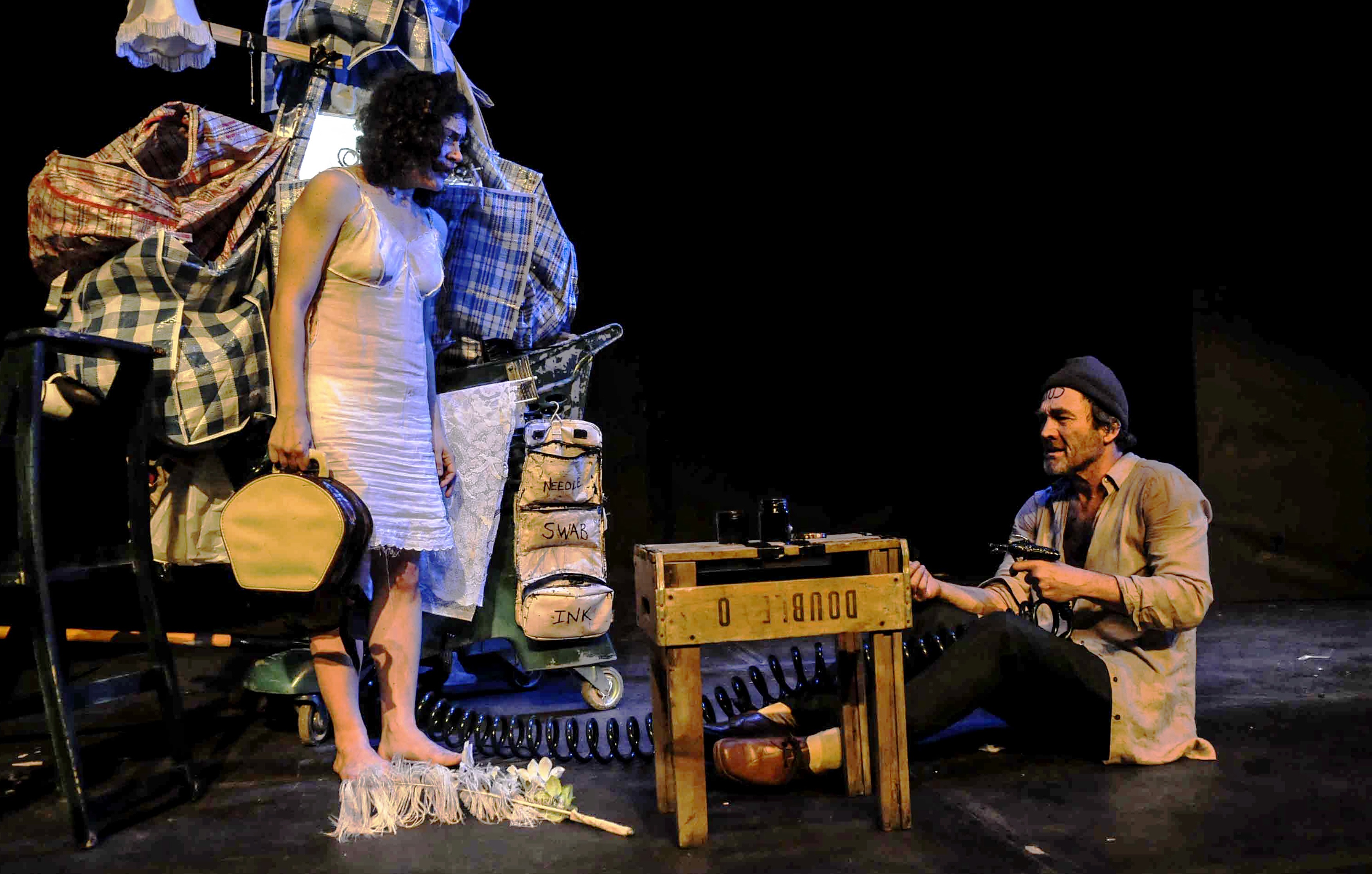 The Conspiracy of Clowns is back, united once again in Cape Town, and boy, are they announcing their Mother City entrance with a bang. By CARLA LEVER.

Crazy in Love is a two-hander starring the inimitable Andrew Buckland and scorching young talent Liezl de Kock. Writer/director Rob Murray has cooked audiences up a searing tale of obsessive love, tracking the wanderings of local trickster Leon (Buckland) whose sole purpose in life is to find the one woman he loved…and lost. Leon’s life, consequently, is spent on the road, on a fool’s errand to reunite with a woman who chooses not to be found. With him on this journey of delusion is his daughter (de Kock) – his one link to his lost partner.

If Leon casts his journey as a romantic knight’s quest for the holy grail of his queen, it soon becomes all-too-apparent that he’s more Don Quixote than Don Juan.  Far from having metaphorical shining armour, Leon’s definitely taken a few of life’s knocks. Three things sustain him along the way – his daughter, his traveller’s tattoo collection…and the bottle. Which one will win out?

Leon’s habit of marking his skin with his story – of literally making his lost love his personal name brand – provides the embodied theme for the show. Of course, women are not objects and Leon’s quest to possess his lost love becomes more and more frenzied as he is forced to confront his daughter’s growing disillusionment with the quest’s futility.

With its powerhouse creative team of award-winning writer/director Rob Murray, inspired designer Jayne Batzofin and the heavy hitting acting due of Buckland and de Kock, Crazy in Love was always going to be a festival favourite. High expectations can sometimes prove a downfall, but this delivers in spades, proving why Amsterdam Fringe festival recently awarded it their Best International Production.

A renowned theatre weeper, I nevertheless found myself not quite buying into the inevitable ending of the piece – despite my strong emotional connection to the characters throughout, it left me strangely disconnected. Perhaps I was simply hungry, though, because all around me were sniffling casualties of narrative war. Be warned: you may fall victim.

Batzofin’s set carries her signature elegant functionality and exudes a quirky intricacy that means it is as cunning as it is curious. Buckland and de Kock are, of course, a delight to watch together. Their meticulous timing, effortlessly expressive physicality and – above all – self-apparent joy at what they are doing spreads infectious energy.

Crazy in Love will speak to anyone who’s refused to accept the hand that fate has dealt them. If you’re looking for a compelling original story told with outstanding flair, Crazy’s your sure thing. Seats are, quite rightly, selling out for these shows. Catch yours while you can. DM