TB Joshua and the Nigerian tragedy that shook SA into gear 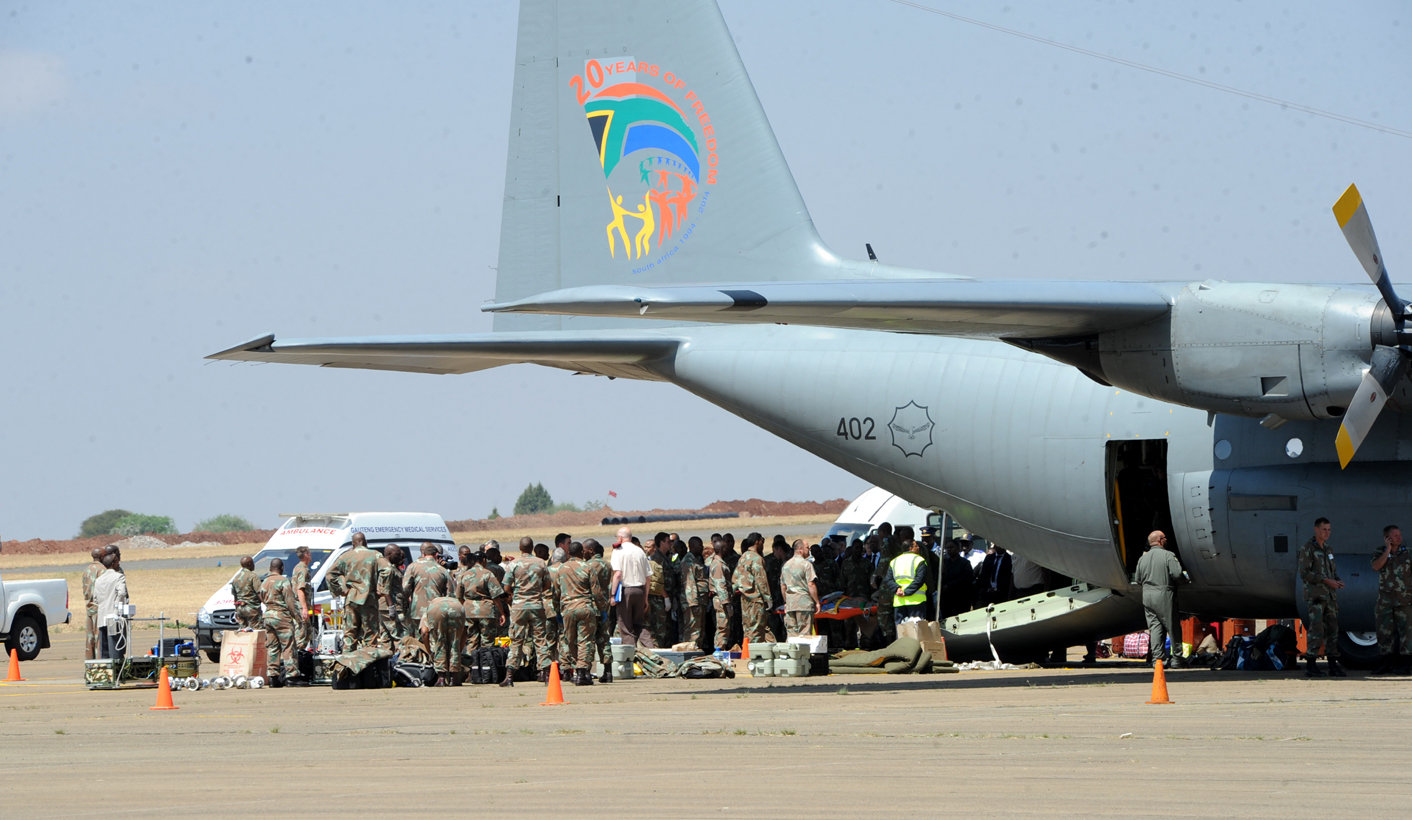 As you read this, an existential crisis grips South African media. Editors are in emergency meetings, sub-editors are dusting off whiskey bottles and journalists are… Googling stuff. The crisis? For once, government is making all the right moves and is handling the horror building collapse in Nigeria exactly as it should. Feels weird, right? ALEX ELISEEV thinks so.

It wasn’t so long ago that a hallucinating, schizophrenic interpreter communicated with angels while sharing a stage with US President Barack Obama (and many other global leaders) during what was meant to be a dignified state-run memorial service for South Africa’s beloved icon, Nelson Mandela.

Memories of how a festive wedding party landed at one of the country’s military airbases and crossed the border without a hint of a Home Affairs official still lingers as the scapegoats fight back.

The chickens at Nkandla scamper about, a stone throw away from the firepool, amphitheatre and underground bunker, which cost the taxpayers a cool quarter of a billion rand.

There’s an e-tolling system that nobody wants, the spy-tapes which have reached near-mystic status and so many poor appointments in the police, the National Prosecuting Authority, SABC, Eskom and countless other organisations that nobody can keep count any more.

To be polite: South Africa’s government and the man who leads it have not exactly covered themselves in glory over the past few years.

Then, one of the buildings at TB Joshua’s church in Lagos came crumbling down.

As things stand, 84 South Africans were crushed to death and at least 26 were injured or maimed (amongst these several children who are now orphans). The total death toll of the disaster is currently at 115.

It’s now well documented that information about the scale of the catastrophe was choked and escaped in weak gasps rather than one big, terrifying exhale. The church has been accused of blocking rescue efforts and refusing to cooperate. TB Joshua allegedly paid bribes to journalists so they would focus on survivors and not on the dead (whom he called “martyrs”). Diplomatic channels were like caved-in tunnels and the true nightmare emerged only four or so days after the collapse.

What happened next is important.

On Tuesday night, exactly a week ago, President Jacob Zuma gave a solemn address to the nation about the disaster. Aside from Nelson Mandela’s death, can you remember the last time he did that?

Zuma may have overdosed a little on words like “compatriots” and “calamity”, but his address could not be faulted. It was exactly what the moment required.

Government then kicked into gear and formed various task teams, command centres and helplines. Officials were dispatched to help families at the airport. Experts in forensics were rounded up to assist identify bodies in Nigeria. An “assessment team” was sent to Lagos to do reconnaissance.

Almost daily (if not daily), minister Jeff Radebe gathered journalists to give detailed updates on progress, even when there was little to report. Even on a Sunday night.

A medical evacuation team was put together and a special flight chartered. This mission (a diplomatic miracle, by the sounds of it) flew out to bring 25 South Africans home. Those flown back were tracked down in various hospitals. Some had lost limbs. Others lost parents. One survivor seems not to have lost his faith, demanding to stay behind. Simply put: we went and we fetched our own and reunited them with their families.

When the flight returned on Monday morning, government set up special areas at the Swartkop air force base for reporters to witness (film and photograph) the arrival. Senior officials were at the scene to explain the process. A convoy of ambulances rushed the injured to hospital. It was a well-planned and -executed mission. It was clear that serious thought had gone into every detail.

Like so many moments that have come before it, this one united people by making them feel proud of what was achieved. Given the horror of the collapse, this moment will probably not stand out in history. But it was a good show of how much can be done – under difficult circumstances – if there’s political will.

One could argue, of course, that this was an international tragedy and it’s fairly easy for South Africa to come out shining. To rally people around it and to capitalise. There was no local scandal that needed to be covered up. No calls for heads to roll, letters to the Public Protector, court cases or angry DA statements.

To coordinate a response of this nature is very different to governing a country. To firing up an economy, which is currently in a coma. To building houses or bringing down stubborn levels of violent crime. To getting local municipalities to work or cracking down on corruption. To keeping the lights on. All that is true. But the way that government handled the building collapse in Nigeria illustrates so clearly how a state can, and should function – like a well-oiled machine, with a few glitches along the way.  It should be a slick bullet train, not a rusty steam train crashing from one scandal to the next, threatening to derail, with a driver who has lost the trust of his passengers.

The problem with doing something well is that it sets a standard. Or, at the very least, it shows people that it can be done. If anything, government should learn a few key lessons from the past week: Pick strong people to lead, get departments working together, go for less obfuscation, more communication and, finally, remember that the more honest you are about a situation, the less chance you’ll be caught lying. People are not idiots; they can appreciate a job well done.

This moment will pass. But the responsibility of governing this country will not. DM

Photo: A patient injured in the building collapse in Nigeria is carried on a stretcher from a plane at the Swartkop Air Force Base in Pretoria on Monday, 22 September 2014. The C130 SA Air Force plane touched down amid strict security. Three children were among the injured, including an 18-month-old baby and a two-year-old toddler who lost both their parents in the collapse that killed 84 South Africans. Most of the patients were brought out of the plane on stretchers and taken to ambulances parked nearby.Picture: Werner Beukes/SAPA