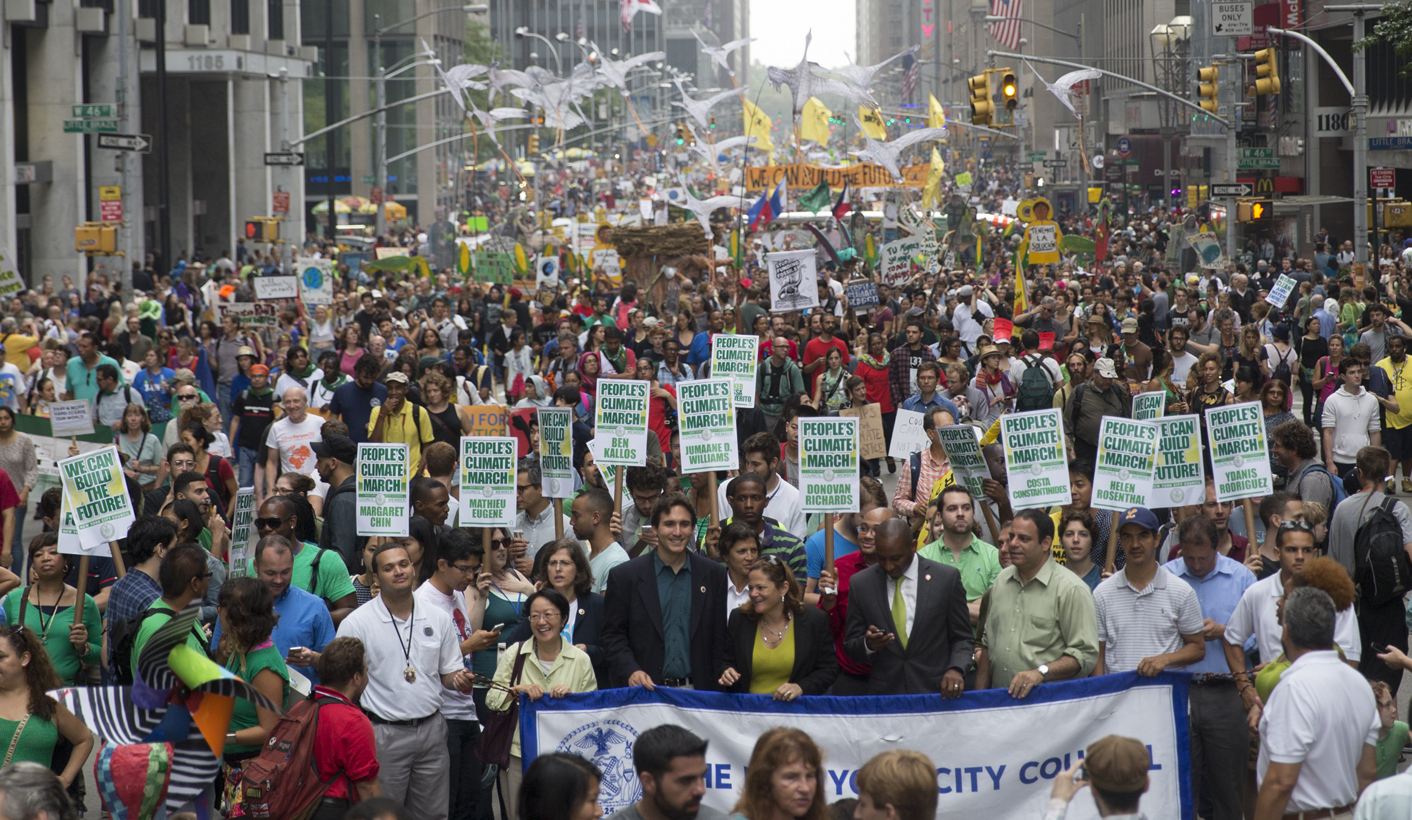 If the march had failed to deliver massive numbers of people clamouring for an end to our disregard for the planet we live on, it would have been the death knell for coherent climate activism on a global scale.

As the hours were counted down, the rain held off and group after group joined, hemmed in by police barriers. It still did not look like the turnout would even top 100,000, yet by the time the march set off, it was clear that people cared.

Yells, screams and primal cries filled the air and what turned out to be 400,000 people marched the streets of the Big Apple to send a clear message – we need to save Mama Earth.

Almost hidden within the crowd were celebrities like Leonardo DiCaprio, Al Gore, Jane Goodall and UN Secretary General Ban Ki-moon. It was the first time a head of the UN had ever joined a march.

As the procession – at times more like a parade than a protest march – stretched through Times Square, it was almost four miles long.

First People, like Native Americans and South American Indian groups led from the front, followed by groups with interests as divergent as those famous for saving the panda, university students, scientists to the Communist Party of America. On a side note, it was only the Communists who were selling pins, as opposed to all the capitalists, giving them away. (Got one anyway, had to: it said “Capitalism Sucks”.)

It was loud, fun and it certainly sent the message to the countries of the world: stop vomiting carbon dioxide into our atmosphere. Yet even as the UN holds a massive summit on Tuesday, the massive and polluting industrial nations of India and China have said they will not be attending.

Let us hope that, unlike at the debacle at Copenhagen in 2009, the gains of the Kyoto Protocol can be built upon in Paris 2015. DM

All photos by Greg Marinovich.