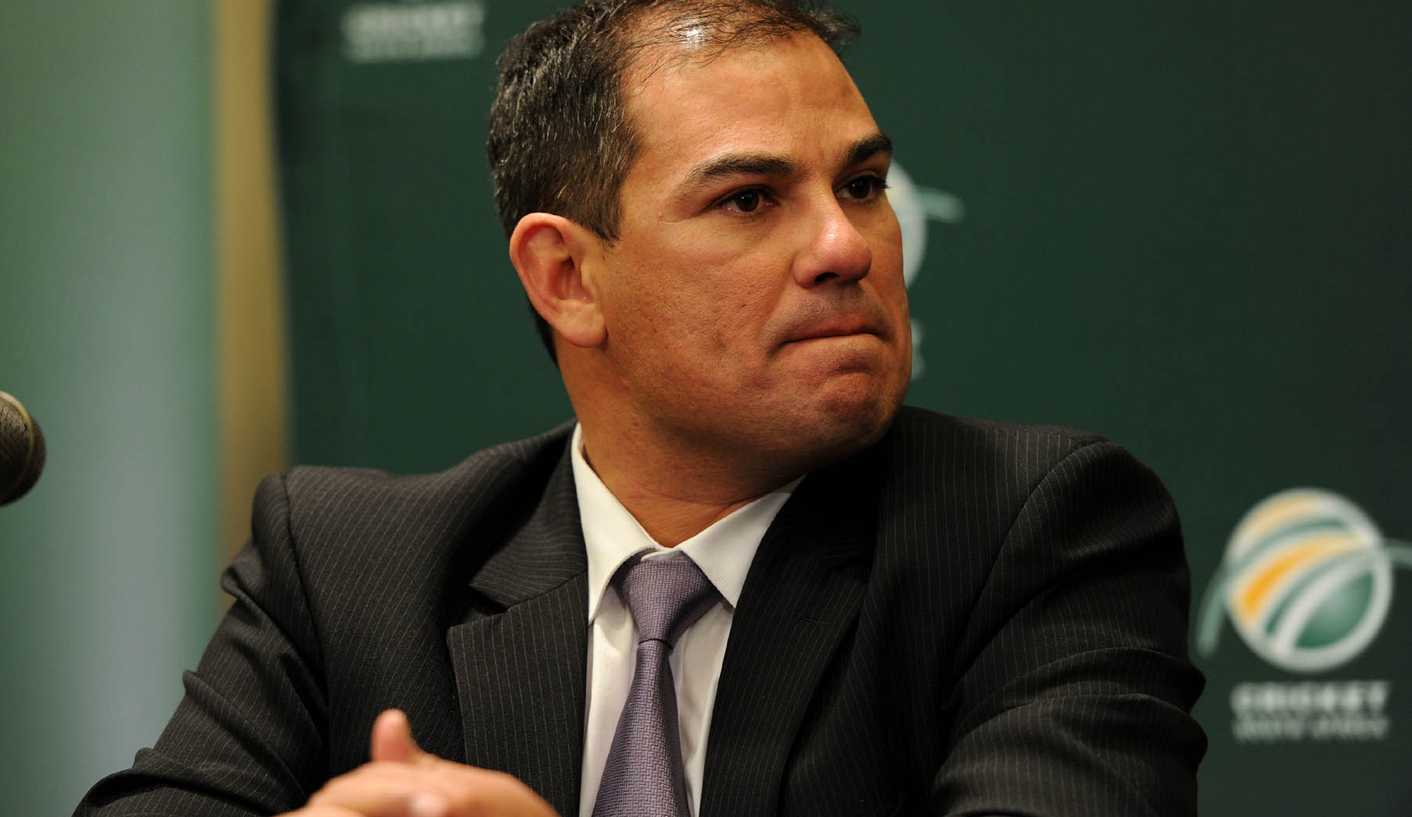 Cricket South Africa’s decision to extend coach Russell Domingo’s contract is a good move, especially with a World Cup just around the corner and Test cricket still being the ultimate prize. By ANTOINETTE MULLER.

Cricket South Africa announced on the weekend that they would extend coach Russell Domingo’s contract beyond the 2015 World Cup. Domingo, who endured a shaky start to his tenure, has grown in stature since South Africa got knocked out of the Champions Trophy and was hammered in Sri Lanka during a one-day series last year.

All eyes are now on the 2015 World Cup in Australia and New Zealand. Sure, South Africa might be playing a few Tests against the West Indies over the summer and will be expected to win those, but the World Cup is where all the noise is centred.

During the recently concluded tour to Zimbabwe, with games both against the hosts and Australia, it became clear that South Africa was far from the finished product ahead of the tournament. The contract extension – which will happen regardless of how the South Africans perform in the World Cup – will probably irk a few of the long-suffering supporters of the Proteas. The side has failed time and time again to earn silverware at ICC events and there have been several calamities and casualties along the way. While it is still possible that Domingo would consider stepping aside if the South Africans imploded, CSA’s vision for the future, regardless of what happens at the World Cup, is clearly one which has Domingo at the helm.

As frustrating as yet another World Cup disappointment will be, the ultimate prize is still Test cricket, and South Africa continues to make strides in this format. With a big year coming up in 2015, a tour to India and hosting England, the Proteas have a real chance to prove why they are the number one team in the world. Domingo has been instrumental in helping guide the transition of losing Graeme Smith and Jacques Kallis, and the Test series win in Sri Lanka rubber-stamped his credentials as a coach. He also has the backing of the players, which goes a long way in moving things forward.

While he might not carry the clout of coaches like Gary Kirsten, he has earned his spot both for the short-term and beyond the World Cup.

Where things do get interesting is that his deputies are under review. While there is no sign that Cricket South Africa might be looking to offload some of the support staff, it’s a sign of progressive thinking that these roles are being assessed. Everyone from the Proteas’ video analyst to the assistant coaches will have their contracts renegotiated.

Adrian Birrell, who serves as assistant coach, has been somewhat in the background, and while it would be unfair to say he does nothing, South Africa could use this opportunity to elevate some of the coaches who have been performing at domestic level. Domingo was in charge of selecting his own support staff when he was offered the job and there is no doubt that he will have a say on their roles going forward, so it’s unlikely that there will be drastic changes.

Also under scrutiny will be bowling coach Allan Donald. While the Test team has been apt, the struggles of the one-day side have been illuminated, especially when it comes to death bowling. In Zimbabwe, the bowling attack often conceded 50 runs an over in the last five overs. While one-day cricket has evolved and lower-order players are more apt with the bat, stemming the flow of runs in the latter part of an innings is something where South Africa has severely lacked. Despite having access to some of the best video technology in the world, the plans (or lack thereof) executed by the bowlers have been worrisome, especially with a World Cup competition lingering.

While it would be harsh to pin all the blame on Donald and not credit him with some of the good work he has done, it’s one of the short-term issues that needs addressing, especially heading into the World Cup. Donald has also had some long-standing family issues which might influence his decision in staying on with the national team. These issues kept him away from the Proteas’ tour to the UAE last year, and could see the bowling coach move away from the demands of international cricket.

Overall, the South African team is in a fairly good place. The Test team is strong and as long as the domestic franchise system continues to nurture talent, there will be a steady flow of players knocking on the door. The limited overs squads have been less inspiring and pragmatic, but at as the recent results show, at least they are heading in the right direction. DM

Photo: Russell Domingo is pictured during a briefing by Cricket SA in Johannesburg on Monday, 6 June 2011. Picture:Werner Beukes/SAPA