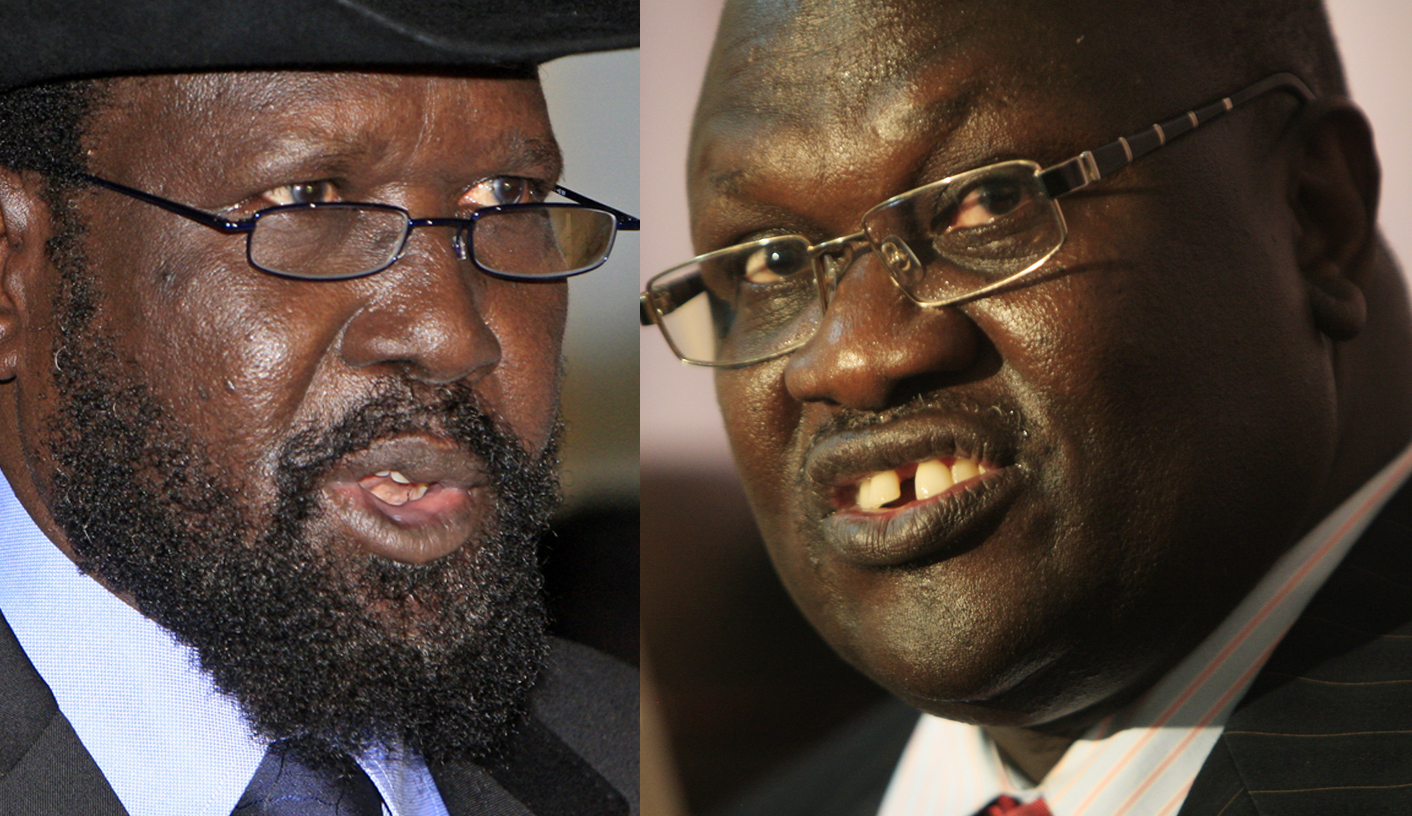 Entitlement, fledgling institutions and a lack of accountability have yielded rampant corruption in the world’s youngest country, South Sudan. How much did this contribute to ongoing civil war? By JAMES COPNALL for AFRICA IN FACT.

The box was half the height of the minister’s desk. At the start of the day it was full to the brim with South Sudanese banknotes.

The national-level official would see 50 people every day, or until the money ran out, according to someone who worked with him and asked to remain anonymous. “He would pick a different community or area every day, and give them money. That’s what he saw as his job,” his former colleague says.

Many other officials were not so generous: South Sudan’s money ended up in their own pockets. Fuelled by billions of petrodollars from South Sudan’s oilfields, corruption rapidly became one of the defining features of the state, which declared its independence from Sudan in July 2011. It may even have contributed to the terrifying civil war in the new country, which broke out last December.

Although the word “corruption” does not exist in some South Sudanese languages, the impact of graft has been felt for decades. The united Sudan was famously corrupt, regularly appearing near the top of corruption indexes. Southern Sudan was particularly vulnerable. It fought two long and very damaging wars with Khartoum, increasing poverty rates, halting development and weakening the few institutions in place.

Rebels from the Sudan People’s Liberation Army (SPLA) and its political wing, the Sudanese People’s Liberation Movement (SPLM), fought against the state from 1983-2005 and set up a rudimentary administrative system in the areas they controlled. This, too, opened many opportunities for enrichment. The SPLA’s top leaders held a fiery meeting in 2004 in Rumbek, a town in what was then central southern Sudan. Salva Kiir, then the SPLM’s deputy chairman, spoke frankly: “Corruption, as a result of the lack of structures, has created a lack of accountability which has reached a proportion that will be difficult to eradicate.”

In January 2005, the SPLM signed the Comprehensive Peace Agreement (CPA) with Sudan’s ruling National Congress Party. The CPA established southern Sudan as a semi-autonomous region and gave it almost half of the oil revenues it produced. The old soldiers came in from their bush headquarters and began creating the framework of a state.

For many, the opportunity presented by the oil billions was simply too great to pass up. A scheme to build emergency grain stores ended with many stores paid for but not built and grain purchased but not delivered. As much as $2 billion was unaccounted for. Government contracts were given in exchange for kickbacks. A foreign consultant witnessed a senior official at a ministry receive a brown envelope, count a wedge of cash several centimetres thick, and then tell the person who had handed him the envelope: “That’s fine, you will get the contract on Monday.”

Some money was probably siphoned off to prepare for a possible future conflict with Khartoum. Some went to communities with ties to a minister or official. The rest benefited only a few individuals. The 2007 and 2008 auditor-general’s reports revealed hundreds of millions of missing dollars. One example of where those funds disappeared is the education ministry’s “weekend allowance”, an amount that could have paid for the monthly salaries of 855 teachers.

Independence in 2011 did nothing to change the dynamic. South Sudan now had full control of the oil and there was even more money available to steal. Humvees and Land Cruisers queued up in the car parks of the new hotels and restaurants in Juba, the South Sudanese capital. The rest of the country was largely left to fend for itself.

On May 3rd 2012, less than nine months after the joyous independence celebrations, Salva Kiir, now the president, wrote a letter to 75 colleagues. “An estimated $4 billion are unaccounted for or, simply put, stolen by current and former officials, as well as corrupt individuals with close ties to government officials,” he wrote. By some calculations, this was equivalent to a third of all the oil revenue South Sudan had received from the CPA from 2005 to independence in 2011. The anguished tone of the president’s letter provided a damning indictment of the SPLM’s first few years in power: “We fought for freedom, justice and equality,” it said. “Many of our friends died to achieve these objectives. Yet, once we got to power, we forgot what we fought for, and began to enrich ourselves at the expense of our people.”

In part, the rampant corruption came from the sense of entitlement felt by the rebels who now ran the state. The South Sudanese writer Victor Lugala used the refrain “Where were you when we were fighting?” to sum up the disdain of the military elite in Juba. Julia Duany, who for years was a senior civil servant in the government, is equally damning: “The SPLM leaders think they have the right to public resources because they fought in the bush,” she says. In part the corruption came from the weaknesses of the new country: the fragile institutions and lack of real checks and balances.

Sarah Chayes, an analyst at the Carnegie Endowment for International Peace, a Washington, DC-based think-tank, has studied corruption as a security threat. “Acute corruption should be understood not as a failure or distortion of government but as a functioning system in which ruling networks use selected levers of power to capture specific revenue streams,” she wrote. “This effort often overshadows activities connected with running a state.”

How much did the widespread graft contribute to the conflict that broke out in Juba in December 2013 and spread rapidly to several other parts of the country? Ms Chayes concludes in general terms: “Systematic corruption evokes indignation in populations, making it a factor in social unrest and insurgency.” The civil servant Mrs Duany believes it certainly played a role in South Sudan’s crisis: “Corruption created this conflict,” she says. “The power struggle is rooted in determining who will maintain control of the state and its resources.”

Riek Machar was South Sudan’s vice-president until he was sacked in July last year. Since December he has been leading a rebel movement. He did not take up arms because of graft; but Mr Machar says as vice-president he raised the issues of corruption and the ethnicised civil service repeatedly in meetings with the president, as part of a series of complaints about the country’s direction. In Mr Machar’s telling, Mr Kiir was unable or unwilling to clamp down on his allies who were enriching themselves illegally and handing out jobs to cronies. Yet Mr Machar, too, has been accused of corruption. Like everyone else, he denies the charge.

No individual will step forward to confess his or her criminal acts. But there is no dispute that corruption among the South Sudanese ruling elite is widespread. Theft, insecurity and the failure to deliver basic services led to the weakening of the bond between the people and the politicians.

Growing frustration meant many were prepared to fight, when the time came, against a government that had forgotten them. “Ministers bought expensive cars for their children, big houses, some even purchased expensive hotels, and all without an ounce of shame for what they were doing with public resources,” says David Deng of the South Sudan Law Society. “Now the country faces famine while the leadership on both sides live comfortably, still maintaining their families in foreign countries,” he adds. “In a place like South Sudan, awash with guns and with a population traumatised by many years of war, conflict is bound to ensue.” DM

This article was originally published in Africa in Fact, a monthly magazine published by Good Governance Africa (GGA). GGA is a research and advocacy organisation that works to improve government performance on the continent.