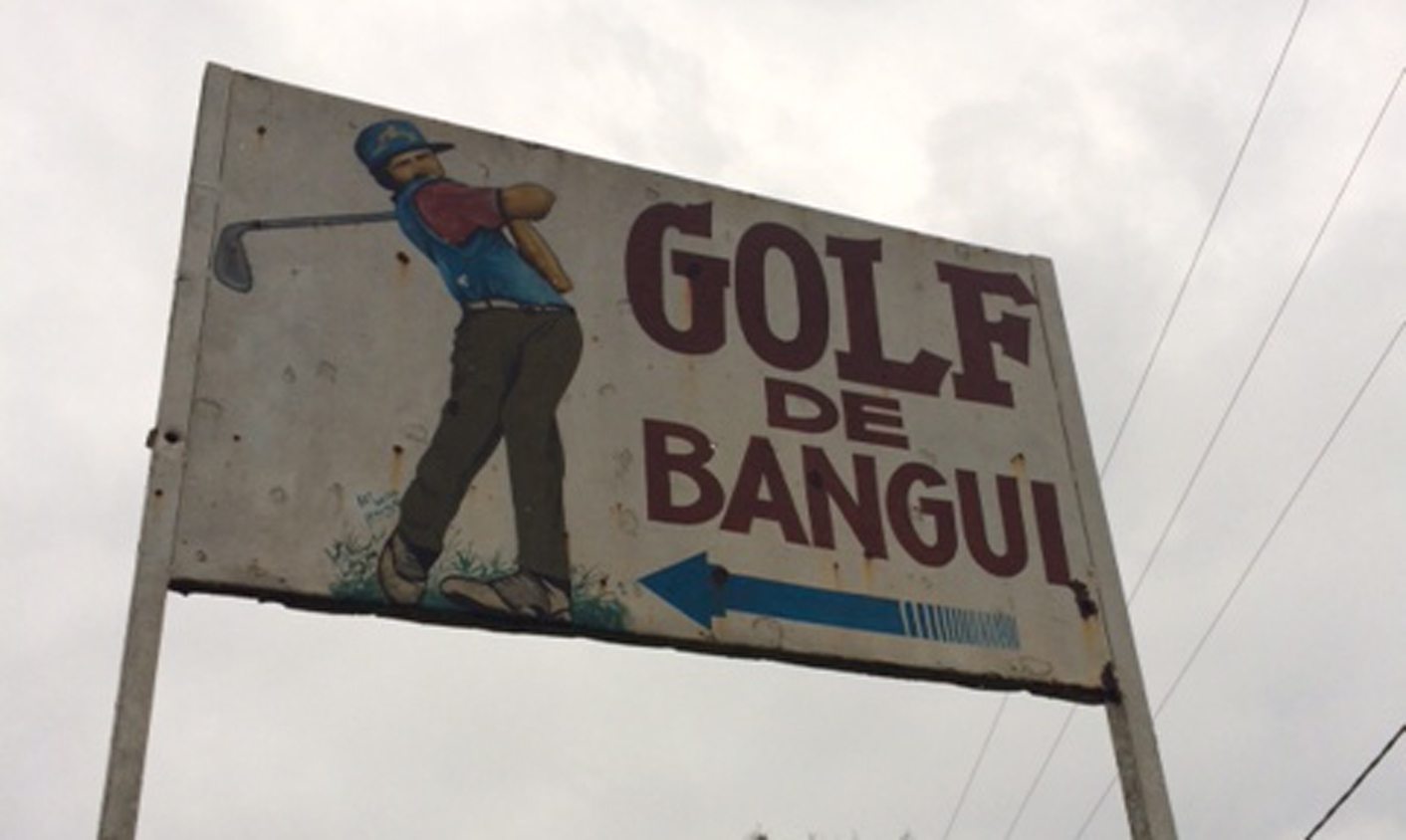 In the Central African Republic, where an ongoing civil conflict has killed scores and displaced hundreds of thousands, no two narratives converge. There have been repeated attempts at reconciliation, but the culture of blame and finger-pointing appears to be endemic. From the streets of Africa’s most contested capital, KEVIN BLOOM tries to make sense of it all.

“Living people are soft and tender,” wrote Lao Tzu some two-and-a-half millennia ago. “Corpses are hard and stiff.”

Or this, at least, is what the opening line of chapter 76 of the Tao Te Ching meant to science fiction writer Ursula le Guin, who went on to note the following below her rendition of the timeless prose poem: “In an age when hardness is supposed to be the essence of strength, and even the beauty of women is reduced nearly to the bone, I welcome this reminder that tanks and tombstones are not very adequate role models, and that to be alive is to be vulnerable.”

I can’t say what it was that drew me to open my Kindle to the exact page on Monday night, but I can say that had I not been struck by the power of the image, I wouldn’t have seen what I saw on Tuesday morning. Either that, or I would have seen it in an entirely different light.

What I saw was this: three well-scrubbed men from EUFOR, the peacekeeping forces of the European Union, finishing off their pastries and coffees. The men were young and blonde, most likely from Scandinavia, and they wore the sorts of facial expressions that told the world they were unreservedly open to life. They paid the bill without flinching and joked with the owner, which was proof, firstly, that they earned generous salaries for their work, and secondly, that they took breakfast at the Grand Café quite often. They then flirted with one of the waitresses and, in a movement that seemed almost choreographed, suddenly stood and reached for their body-armour waistcoats, fastening the straps as they exchanged their smiles for the regulation issue scowls. On the pavement outside, the local kids scrambled, falling over themselves to clear a path between the men and their weaponised truck. The looks of yearning on these kids’ own faces were unmistakable—if one day God decided to be as kind to Africans as he had always been to Europeans, they too would be Transformers when they grew up.

Just another Tuesday in Bangui, capital of the Central African Republic, a scene at once ordinary—banal even—and incomparably unique. The Europeans, in hiding their vulnerability beneath their Kevlar jackets, were doing no more than assuming the roles, becoming the role models, that their presence in the city demanded. In March 2013, after all, when the Battle of Bangui had left scores dead on these very streets, CAR had assumed the mantle of Africa’s latest slaughterhouse, the next in a long line of ethnic killing zones on a continent that had long been famous for them. By the time of our arrival, the phrase “potential genocide” had been used with respect to this benighted Francophone country for more than six months already, and while the refugee camp that had spontaneously sprung up beside the lone runway of the Bangui airport had saved innumerable lives (the airport, everybody knew, was where the crack French troops of Operation Sangaris, or the “butterfly” operation, were garrisoned), hundreds of lives were still being lost. In fact, the day before our arrival in the city a gunfight had broken out on the road from the airport into town, claiming two fatalities and wounding dozens. What, Francois Hollande and his cronies appeared to be asking the good citizens of the civilised West, would CAR do without Europe?

“According to the history of our country, we were never really a particularly violent people,” said Imam Oumar Kobine Layama, president of the Communaute Islamique Centrafricaine, a religious organisation whose membership represents 15% of the CAR population. “But today we are seen as fighters. Maybe it was the French who changed us.”

It was now past lunchtime on Tuesday, about five hours after our strange encounter with those EUFOR soldiers, five hours we had spent waiting for a promised interview with Prime Minister Mahamat Kamoun. The PM, who’d been in office less than 48 hours (the CAR government, which collapsed at the beginning of August, is currently in the process of putting itself back together) had politely postponed for later in the week, and so we had driven out to Bangui’s riverside suburb of Ngaragba to meet a man who spoke for peace. The Imam, we were told, had chosen this suburb not despite but because of the fact that it was supposed to be anti-Muslim. As it turned out, before moving into his current digs the imam had shared a home with the country’s archbishop, a detail rendered all the more remarkable by the violence he had suffered at the hands of CAR’s so-called religious extremists.

“I do not have good relations with Seleka,” Imam Layama said of the collection of Muslim militias that had initiated the civil war in December 2012. “First I was attacked by Seleka, and then after that I was attacked by the anti-balaka, who destroyed my house because I am a Muslim.”

Of course, it was both more and less simple than that. The Seleka rebels, who had fired the opening salvo when they attacked the government forces of Francois Bozizé, appeared at first to have a legitimate gripe—in April 2013, shortly after he’d been replaced as president by Seleka leader Michel Djotodia, a pair of skeletons were discovered beneath the garage floor of one of Bozizé’s Bangui homes; less than two months later, the deposed president was indicted for crimes against humanity and incitement of genocide. But Djotodia’s victory at the Battle of Bangui, if ever it had been a “moral” victory, had quickly lost its sheen—within hours of taking the city, Seleka rebels (mostly young men from CAR’s remote northeast) were raping and pillaging, and Djotodia himself, far from stopping these incidents, was installing his own family members as ministers in the new cabinet.

And so who are the anti-balaka that destroyed the imam’s house? By most accounts, although their name means “anti-machete”—and thus supposedly “anti-bloodshed”—they are a coalition of Christian militias formed with the express aim of taking revenge on the Seleka. By the anti-balaka’s own account, however, their mission will turn out to be exactly as suggested in the name. Over the days ahead, while waiting to speak with Prime Minister Kamoun, we will interview a senior commander in the French garrison, a Seleka general in a rebel camp, a disillusioned (and disarmed) officer of the CAR national army. Like the anti-balaka, each of these men will point the responsibility for the conflict somewhere else; each will come at the CAR situation from a position of blamelessness, a position of invulnerability.

Which, in Lao Tzu’s terms, won’t bode well for any of them. “The hard and great go under,” the Chinese sage had written all those years ago. “The soft and weak stay up.”  DM

Kevin Bloom and Richard Poplak are currently in the Central African Republic on the final leg of their research into Africa’s 21st century transformation. Their book will be out next year.