Libya: A government in name alone 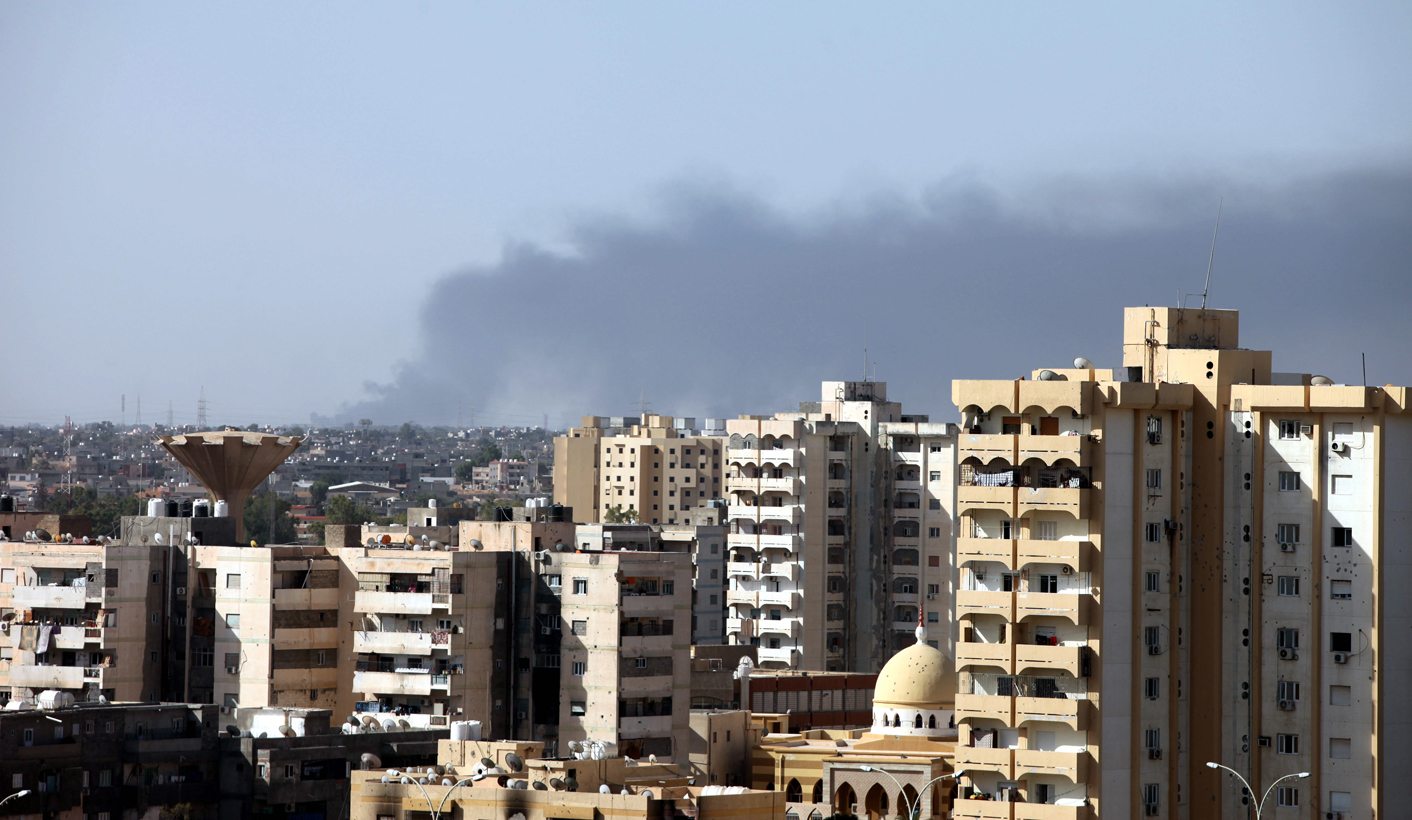 What exactly constitutes a government? This is a question Libyans are asking themselves after their post-revolutionary administration revealed, yet again, the limits of its authority. If the government can’t even protect Tripoli’s international airport, how can it be expected to protect the country as a whole? By SIMON ALLISON.

As the official government of a strife-ridden country, there’s plenty that you can afford to let drift while remaining in charge. Too often, your legitimacy does not depend on performing mundane duties like the provision of basic services, or guaranteeing human rights and the rule of law. Nor, ultimately, does authority derive from a democratic mandate.

Realpolitik dictates that genuine control comes instead from the effective control of a select few state institutions, and of a few key bits of infrastructure. There is a reason why Robert Mugabe, when forced into a unity government, refused to let the opposition control either the army or the police, happily sacrificing the finance ministry instead. There is a reason why successive governments in Somalia have gladly accepted international protection for the airport in Mogadishu, knowing that without this lifeline to the outside world it is just another warring faction in a country rife with them. There is a reason that coup leaders the world over head first for the offices of the state broadcaster, which is how power – and any change to it – is conveyed to the broader population.

So when news broke that Libya’s embattled administration had lost control of Tripoli’s international airport, it was more than just another embarrassing incident in a long string of them; it was a blow to the credibility of the state itself, a sign that this government has well and truly lost control – if it ever had control to begin with.

The trouble started on Sunday. Militants from a militia group hailing from the coastal city of Misrata launched a surprise attack on the airport, which is Libya’s biggest and busiest. They were opposed by another militia group, this one from the city of Zintan, which has controlled the airport – nominally on the government’s behalf – since the fall of Gaddafi. The resulting four-day gun battle which followed laid waste to airport buildings and at least 20 aeroplanes, and left a handful of militants dead.

“The extent of the damage to the airport is not yet clear but some say it could take months before it reopens,” said Rana Jawad, reporting for BBC News from Tripoli. “Very little shocks Libyans these days, but the latest attack on this vital lifeline has left many at a loss for words. They didn’t think any militia would ever go that far – it was raining Grad rockets across the airport and its surrounding area.”

The fighting at the airport has also forced the closure of Misrata airport, as air traffic for Misrata – for all of western Libya, in fact – is regulated from the traffic control tower in Tripoli. To protest against the fighting, Tripoli’s air traffic controllers have now gone on strike, leaving Libya desperately short of functional airports.

While all this was going on, one thousand kilometres east in the troubled port of Benghazi, there was even more fighting (which, incidentally, caused the temporary closure of that airport, Libya’s second largest). Forces loyal to renegade General Khalifa Haftar launched a new offensive against Islamist militants in the city, ostensibly to protect the government from a potential Islamist rebellion. But the government maintains that Haftar has no authority to act on its behalf, even though several army units have defected to him. This is, after all, the man who ordered the attack on the Libyan parliament in May, causing parliament to be suspended.

It is all bad news for Libyan Prime Minister Abdullah al-Thani. He doesn’t control the airports; his parliament is no longer functional; he’s rapidly losing charge of his well-armed but ramshackle army, thanks to General Haftar; and he is completely reliant on inherently unreliable militia groups to protect his government and to enforce its decisions. This is not a good foundation for governance. And, forgetting realpolitik for a moment, he doesn’t even have a democratic mandate to fall back on: he took over as interim Prime Minister when the last one, elected by parliamentarians, was dismissed on a technicality.

It’s worse news still for Libya as a whole. It’s been nearly three years since Gaddafi died, and still the Libyan Revolution has nothing to show for it. Autocracy has been replaced by anarchy, a nation riven into small factions, all looking out for their own narrow interests.

Ordinary Libyans must be asking themselves a few hard questions at the moment. First, was it all worth it? Second, does their government exist in anything but name? And finally, is there any way out of this mess? DM