Analysis: New French force rides the winds of change in the Sahel 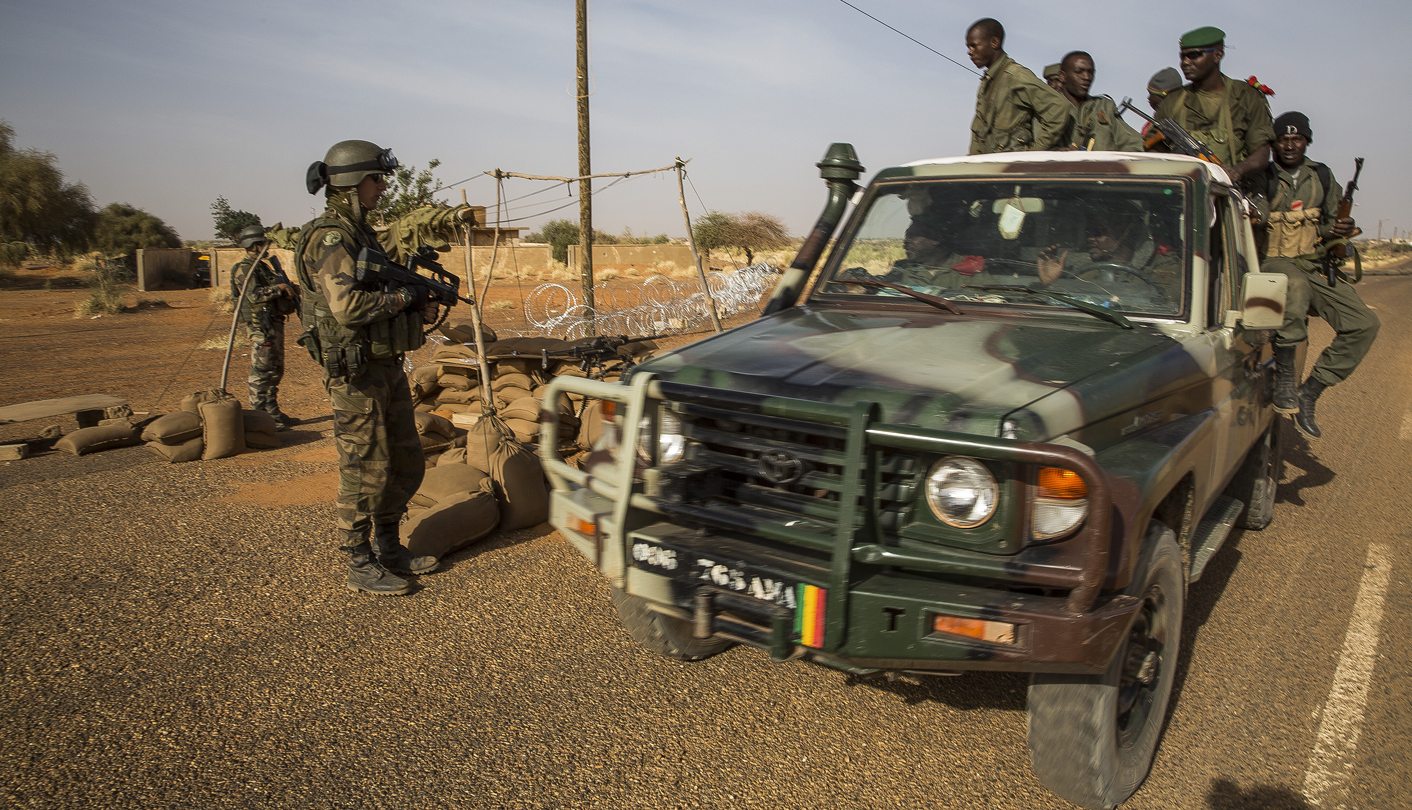 France may be shutting down its military operation in Mali, but that doesn’t mean French troops are going anywhere anytime soon. Instead, Operation Serval will be replaced by the bigger, brasher and bolder Operation Barkhan, France’s master plan to forever rid the Sahel of the scourge of Islamist extremism. And good luck to them – as long as France realises that soldiers and drones can’t solve anything on their own. By SIMON ALLISON.

There’s a certain amount of poetry in the names chosen by the French army to identify their various military operations. Unlike the Americans, who tend to include their propaganda in their code names (Operation Enduring Freedom, anyone?), France is a little more subtle. In recent years, we’ve had Operation Serval in Mali, after the spotted wild cat which thrives in the long savanna grass in parts of sub-Saharan Africa; Operation Sangaris, referencing the delicate, red-winged Sangaris butterfly found in central Africa’s lush rainforests; and Operation Licorne in Cote D’Ivoire, which is the French word for unicorn, and unicorns, no matter the context, are poetic by definition.

France’s latest military adventure in Africa is no exception to the rule. Residents of the Sahel, brace yourselves for Operation Barkhan, named for the shifting, crescent-shaped sand dunes formed by stiff desert winds. The mission will have the unenviable task of fighting jihadist groups in the region – an enemy which has made its home in those dunes in west and north Africa’s harsh desert landscapes, and one which is equally likely to change shape and direction.

By any measure, this is a serious undertaking. It will involve 3,000 troops, headquartered in the Chadian capital N’Djamena, but spread out across Mauritania, Mali, Burkina Faso and Niger. They will be supported by helicopters, fighter jets and, ominously, drones. France’s Defence Minister Jean-Yves Le Drian described it as a “counter-terrorism” offensive, designed to ensure that there is no upsurge in terrorist activities from jihadist groups operating in the area.

“The aim is to prevent what I call the highway of all forms of traffics to become a place of permanent passage, where jihadist groups between Libya and the Atlantic Ocean can rebuild themselves, which would lead to serious consequences for our security,” Le Drian said. “It is our security which is at stake.”

Le Drian is not just talking here about Islamist extremists and terrorism. There are vast areas in and around the Sahel and Sahara deserts that are sparsely populated and barely governed, and these provide excellent corridors for the smuggling of drugs, people and weapons.

And when he says “our” security, he’s not just talking about French security. At least we hope not (perhaps a little naively). Various militant groups, both jihadist and otherwise, have had a seriously destabilising effect on the region in recent years, most notably in Mali. In fact, Operation Barkhan will replace Operation Serval, the French intervention force which prevented a coalition of Islamist groups from marching on the Malian capital Bamako (many of the troops deployed in Mali on Operation Serval will simply remain in place).

In other words, the region could do with a bit of peace and stability. The question is: will a larger French military presence be able to provide it?

“The France news is welcome in my opinion,” said John Stupart, managing editor of the African Defence Review. “It reflects a more honest understanding of the deeper problems plaguing the region. It’s not just Mali, it’s drugs, human and arms trafficking that persists throughout the region that must be interrupted. So if Barkhan will achieve some level of interruption in this – which has largely been unchecked since 2011 and the fall of Gaddafi, that’s a positive step.”

In this, France could learn a thing or two from Operation Serval. Although widely credited with preventing the complete collapse of the Malian state, and with seriously damaging the capacity of the various Islamist groups operating in northern Mali, the French and Mali’s newly-elected government have struggled to address some of the political issues – specifically the stark income and developmental inequality between north and south Mali, and the sense of political alienation felt by some groups in the north – which underpin the instability, and are the foundation of the appeal of nationalist rebel groups like the National Movement for the Liberation of Azawad (MNLA) and Islamist groups like Ansar al-Din and Al Qaeda in the Islamic Maghreb. There is a distinct sense that the fragile peace in the country, already punctuated by regular bouts of violence between government and MNLA rebels, could collapse entirely if the French weren’t there to act as guarantors.

The lesson is simple: drones and bullets alone will not solve the problem of Islamist extremism in the Sahel, nor diminish the attractiveness of the region to smugglers and arms dealers. The military approach must be accompanied by serious efforts to develop the economies of the affected nations; to increase genuine political space; and to establish mechanisms for marginalised groups to express their grievances, and be heard.

No one said it would be easy. Then again, riding those shape-shifting winds of change never is. DM