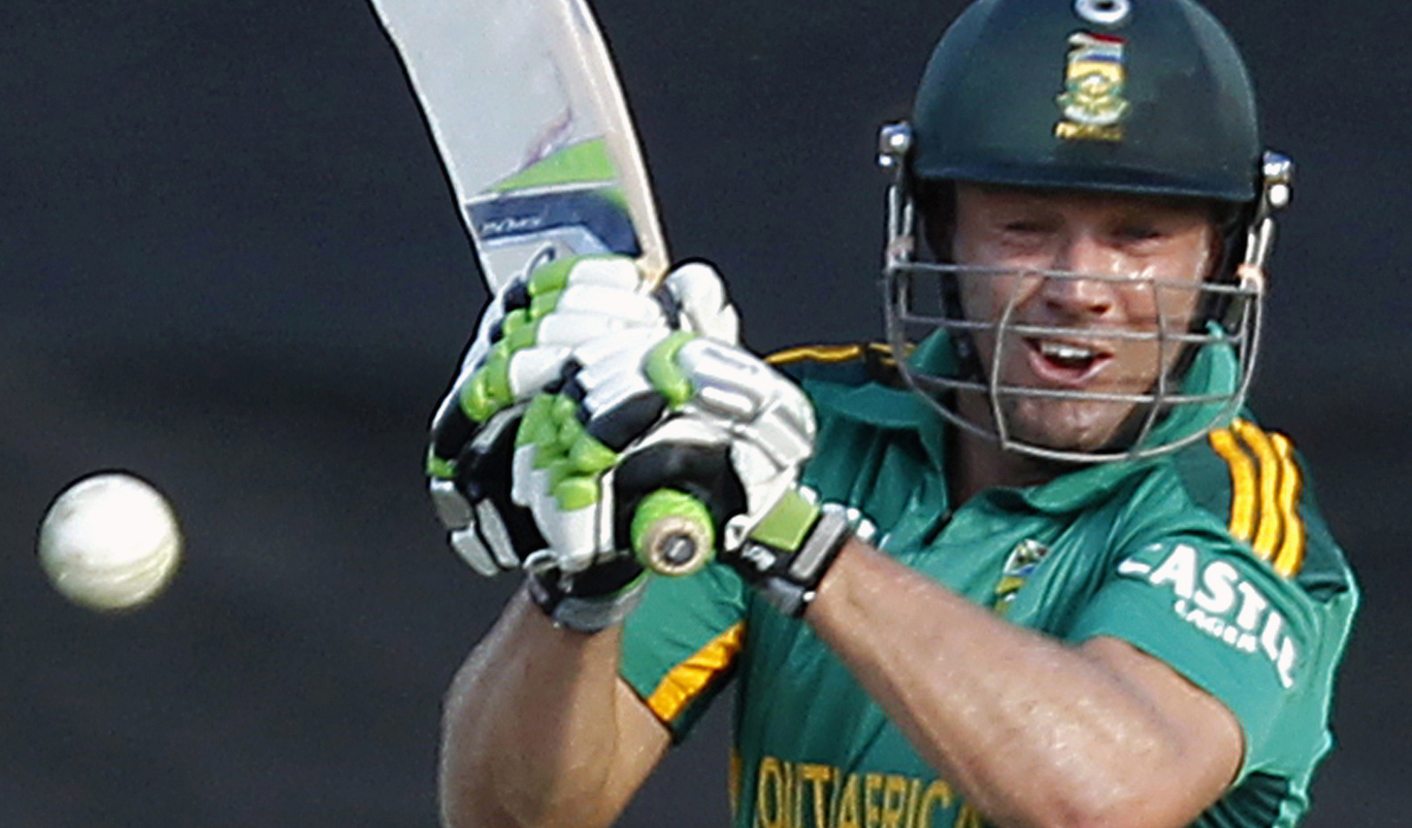 South Africa won their three-match ODI series against Sri Lanka 2-1 on Saturday. With everything centred around the World Cup, lessons learnt are now more important than ever. ANTOINETTE MULLER picks five talking points from the concluded tour.

South Africa made history on the weekend when they beat Sri Lanka by 82 runs in Hambantota on Saturday. It was their first ever ODI series win in a country where they have struggled over the last few years.

It was an impressive improvement for the team after being beaten 4-1 here last year. Just like the tour in 2013, many lessons were learnt and many questions will be asked as the World Cup preparation heads into top gear. There is also a Test series to worry about, but for now, a brief dissection of the ODI series is in order, and here are the five most important talking points.

We need to talk about Kallis

Actually, we’ve already talked about Jacques Kallis, but now, at the end of the series, that conversation is worth revisiting. The stats for his recent performances look quite bleak. He didn’t bowl and failed to get into double figures even once. The numbers preceding this little blip aren’t great either. Stats are not everything, but cricket is a numbers game and these numbers are especially worrisome considering Ryan McLaren’s improvement. McLaren, at various points in the tour, managed to be the go-to bowler for De Villiers. With nine wickets at an average of 13.11 and economy rate of 4.91, McLaren stepped up when Dale Steyn couldn’t. He also became the second South African, after Allan Donald, to take nine wickets in an overseas ODI series of three or fewer matches. He didn’t make a massive impact with the bat, but it’s something he is capable of. So now the question remains: with a series against Zimbabwe coming up, does South Africa persist with Kallis in the hope that he lives up to the sentiment, or do they end it now before a pre-World Cup disappointment?

AB de Villiers is ridiculous. So ridiculous that he’s a freak, the best kind of freak. Although he struggled in the second ODI, De Villiers scored 212 runs at an average of 70.66. Not only does De Villiers score runs consistently, but it’s the way in which he scores them that makes him so impressive. No matter where, no matter against whom, De Villiers can seemingly adapt to anything. One gets the feeling that even if he were made to plane on ice skates somewhere in the arctic, De Villiers would come up with a way to score runs to all areas.

Since January 2012, De Villiers has notched up 2,020 runs at an average of 63.12. It’s only the fourth highest of all batsmen in that same time period, but it has come at the best average out of all the top ten scorers. He is just 1,055 runs behind the leader Kumar Sangakkara, but has played in 26 fewer innings. In fact, everyone in the top four has played 50 or more innings, whereas De Villiers has done his duty in just 41 outings. He’s also hit more sixes than anyone else in the top five and the second-most out of anyone in the top 10. It is hard to call somebody “the best batsman in the world”, but De Villiers is pretty damn close.

Winning under pressure, just not when chasing

In a must-win ODI, South Africa came up trumps on Saturday, but that result wasn’t without a few hiccups. Having posted a big total, South Africa leaked runs when Sri Lanka stepped out to bat. Their run-rate was constantly at over eight an over up until the 15th over. The seamers were getting tonked and it took until the 12th over for AB de Villiers to bring on Imran Tahir to slow things down. It worked and he got a wicket straight away. McLaren struck in the next over and very slowly things started to unravel. Critics would feel that perhaps De Villiers should have been more pragmatic and brought Tahir on earlier, but South Africa responded to the pressure well.

The value of consistent selection and learning from mistakes

When South Africa visited Sri Lanka last year, they were thrashed 4-1. It was a tour bordering on disaster, but things have improved since then and in the last months. The opening partnership of Hashim Amla and Quinton de Kock is still evolving, but there has been persistence instead of constant fiddling. Gary Kirsten was prone to dropping and capping players all over the shop, but a squad has now been put together where the players all know their roles. Whether that means they contribute in an all-round capacity like JP Duminy has evolved to do, or whether they need to step in as the finisher like David Miller is supposed to do, the team has a plan and they are sticking to it. Players also take individual responsibility for their tasks. Quinton de Kock, although he started off the series with a few blips, ended it with a hundred. Much of that is due to him realising that talent alone won’t be enough to see him through. He worked hard with his franchise coach Geoffrey Toyana, spending hours and hours in the nets. After that he scored a bulk of runs against Pakistan and India and showed that he is capable of performing overseas – a kid with a very bright future ahead of him.

Ever-improving players are becoming a hallmark of this South African team, and Imran Tahir is another who has improved massively, if you compare his current performances to the horror show of the 2012 Australian tour. He made his ODI debut in 2011 and played just a handful of matches, despite an impressive return of 14 wickets in five games at an average of 10.71. He returned to the one-day side in October last year and has since taken 18 wickets at an average of 23.11.

In this year’s World T20, Tahir was one of the most impressive players. Although he still bowls far too many long hops, he has a wonderful googly and becomes a real threat when the pressure is transferred onto the batsmen. He can also get away with those long-hops in limited overs because there are usually fielders placed for those sorts of things. In Tests, he remains a risk because those long hops will go for four and he will become a pressure release valve.

In the shorter formats of the game, though, Tahir is incredibly useful, and with Robin Peterson now phased out of the side, Tahir has a real chance to be the go-to player in the World Cup. DM